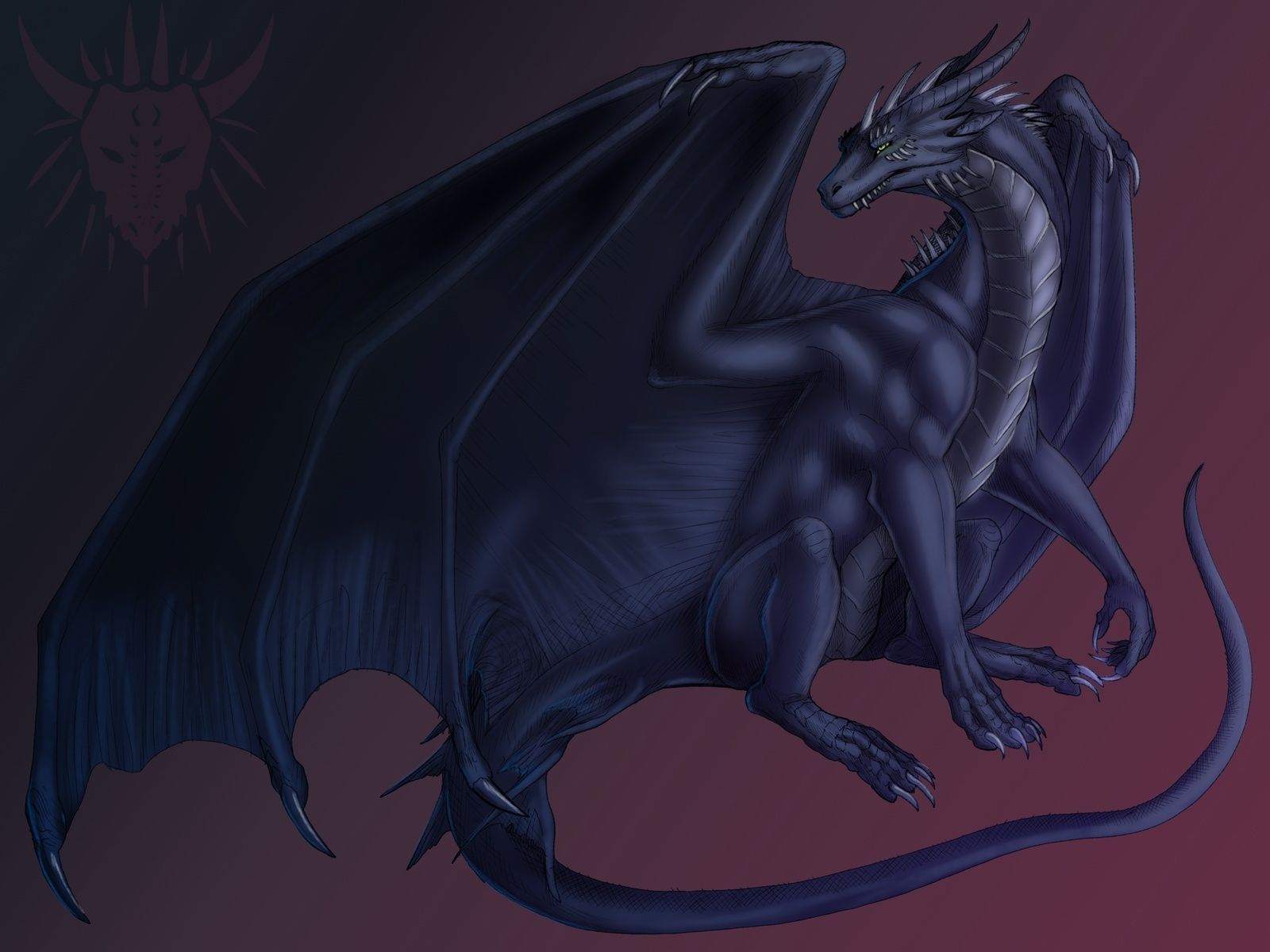 Name: Asra
Nickname: called in many manners, DeepHeart, BlackHeart, Darkfire, BlackFire, NightRain, Rainy, BlackRain, DarkRain and also EsmeraldEyes. the most used and the one she prefer is BlackRain
Age: Young/Adult (24 humans years maybe)
Gender: Female
Personality: Astra is a traveller that likes to explore and try to conquer new territories, but she left them to the owner if she thinks it's the right thing to do and they deserve it (even in case they lose)
She can lloks like she is not very social or looks like she is, it depends on the moment and by who is she facing, so she is also reserved, she try to interact whit others and if she have the opportunity she is very social, but never show herself at all, not at the first impression, she always prefers to intently study a situation before to ponder what to do. Asra is also a good fighter and sometime can be impulsive, or looks arrogant and violent, but she has a self-control good enough of herself and she's smart. Wits and cunning are some of her good talents but she have a very good strenght to fight despite the fact she is a female, anyway she is also modest, and do not struts herself, unless the situation make her need to appear stronger or others situations like that...and she can be very sarcastic and play some jokes. She hides her fragile side because fear to be deeply wounded inside. She cares about her friends and protects them if they at any cost if they deserve her respect and admiration, and if they would do the same for her
Interests: She like to fly, obviously, and to travel, also she love to sleep a lot, to go hunting and to find some good opponent or friend to fight with to prove herself and increase her abilities, studying new strategies, she is glad when she can complete something big or save an innocent, even if she still hide her sensible side for the most of the time
Dislikes: dishonest true arrogant bad dragons, hypocrisy, do not like that much humans and prefer to bite them, she say she dislike pups but in thruth she likes some of them, and beside her rude attitude she can be very protective and patient, but not always!
Fears: who can beat her, or able to kill her, using also bad unfair tricks which she dislikes unfair things even if she uses some tricks too, she don't want to look weak at eyes of others or to feel that way, or the panic can catch her, also she fear to see
someone she care about in darger or die, she would never forgive herself

Height: is a medium size dragon, but big enough, massive and graceful at same time
Scales: similar to arrowheads, her scales are black, some opaque some shining, so she can reflect the light or hide in the darkness
Eyes: looks like a classic dragon's eyes, with a persuasive or intimidatory expression, the color is undefined, maybe green, but with a bit of red and yellow shades
Appearance: She is a dragoness who looks strong and massive, but she have a sinuous line too, so she looks intriguing and sensual, and dangerous or brutal too, her tail, fangs and claws are her "weapons", she can eventually use her horns and some "spines" on the body and back that give her a very little protection. Her general color is black, she is almost totally black, exception for some imperceptible shades

Tribe: N/A
Rank: she is a good fighter
Family: there are not informations about it yet, she probably left her family or lost them
Mate: Not yet, not interested (she say, but on the countrary she would not mind to find a mate)
Hatchlings: No informatons about this...maybe she had a loss

Strengths: in General si have the ability of the nightwings, but she don't read minds or is better to say that she do not use this power often, she try to undertand what goes on the mind of a dragon she is facing looking directly in the eyes, she is intuitive and strategical, she also have other "magic powers" ability, close to the firewing and skywing (like fire or rain besides the fog where she can hides) but not definied at all yet. She is a good fighter corpse to corpse and quite strong, some can fear her, the tip of the tail has the form of a curved blade and is sharpened, but also use for shots tail to do a impact attack and she is also quite speed if needed
Special Abilities: (I don't know) she can create a sphere of pure dense energy that look black and purple, it can do a great damage, and also cause the other to see all dark around, only some light's reflects are visible or she shining eyes or fangs, using her darks powers to appear at the right moment with a surprise attack
Weaknesses: She can be injuried by all the kind of powers or physical attacks, she is not invulnerable and really feel the pain when she is hitten by a power shot or claws make her bleed, and even if she try to controll herself and is kind of resistent
Combat Style: she study the enemy but is she is too angry she goes with a direct attack, if possible she uses her powers, if not she don't mind the crush of fangs and claws


History: It's a long hystory...she is the one born during a rainy night, this is what the others memeber of her previous tribes usually said, someone looked at her with a mistrustful look, and someone else with respect or admiration
RP Sample: Continues here http://rpgdragons.forumotion.com/t952-the-night-traveller-comes-open-to-all
*Asra, a black dragoness with a fiery look and a challenging expression in the eyes, was flying in the direction of the territories of the tribes, she didn't know yet that these territories were already taken, but in that case she eventually will try to conquer them, or to try to gain the respect from the native dragons.
She flapped her big wings once again and glided towards a cliff, she stretched her fangs and clung firmly to the stone, slashing the air with her long tail to regain the balance.
She raised her head and stared at the environment, her esmerald eyes twinkled of a weird light, she took some breaths and sniffed, then closed her eyes focused on the sounds
"mhh, it seems to be a good place for hunting"
She thought half-smiling, impatient to throw herlself in the hunt and feel the excitement caused by the adrenaline, she was already savoring the taste of the meat even if she had an idea all by herself and some kind of respect.
But she didn't acted already, she looked around, with suspicious, and snarled
"there is someone else" she thought with disappointment
"oh well...not too bad...at least I can enjoy a fight and train a bit"
She sighed before to assume a majestic appareance, half-opening her wings to look bigger, the setting sun light hitted her black scales that sparkled in a particular manner, throwed her shadows on the ground in front of her, and the membranes of the wings seemed to ignite because the rays of the sun lit from behind, creating a semi-transparent effect.
She roared with energy and menace, like to challenge the world and let anyone knows that she was there and she knew she was not alone*

Looks cool. But I have to ask. What is with you and not putting your dragons in tribes?

Well, I can't approve it, I think that's something only Phan or another Admin can.

Figuring out what someone is thinking or where someone is coming from based on body language tone of voice and other things is much different then the actual power of reading ones mind. You'll have to join the NightWings if you want to actually read/hear anothers thoughts. Just a reminder.

Astral wrote:Figuring out what someone is thinking or where someone is coming from based on body language tone of voice and other things is much different then the actual power of reading ones mind. You'll have to join the NightWings if you want to actually read/hear anothers thoughts. Just a reminder.

Thanks Astral ^^
I just want to say that I think that just because of a capacity one should not be "forced" to join a tribe, When she was "born", Asra in my idea didn't read the minds ( and I can say for "experience that even if I do not read minds too

I can still get what is going on in the mind of another)
same for Sleenia, just because she may be capable to breath fire, as almost any dragon, it doesn't mean she have to join firewings at any cost, also there is the fact that they come from other places and other tribes, that may have a different organization not based only on the powers ^^ just trying to explain my idea even if for this charachter I think I was going to make her join the nightwings anyway
_______________________
"I'm the best there is at what I do. But what I do best isn't very nice."