Streak, the blur in the sky

Streak, the blur in the sky 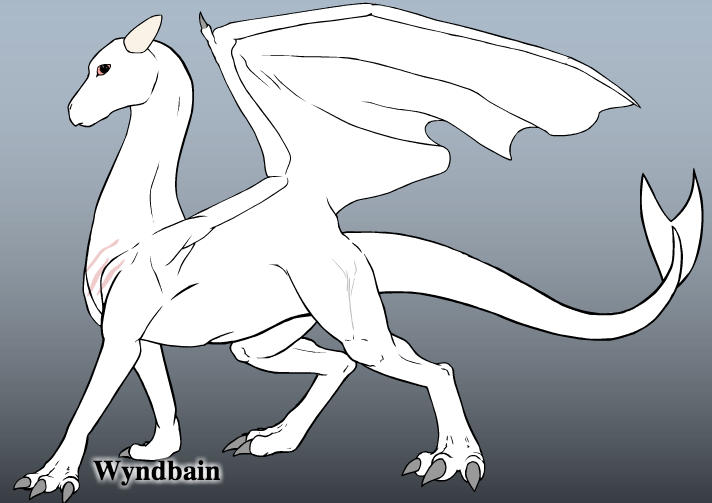 Personal Info
Name: Ossir
Nickname: Strap, Streak
Age: 17 (dragon years)
Gender: Male
Personality: If you met Streak, you’d probably think he was shy. And you’d be totally right. Small, unassuming, and nervous, Streak is a bit insociable, but only because he is very nervous. He almost never talks, and if he says more than about 5 words to you, it’s clear you’ve gotten his attention. He is almost strictly pacifistic, preferring to run away than to fight. He’s also very paranoid and jumpy, to the extent that a tap on the shoulder (or whatever the equivalent gesture to dragons is) would freak him out. Nonetheless, Streak is kind and compassionate, and would come to your aid if you were in trouble.
Interests: Flying around, reading, running
Dislikes: Being touched, talking to others, enclosed spaces
Fears: Nightwings, the dark, overall paranoid

General Appearance
Height: 18 ft tall
Scales: White
Eyes: Red
Appearance: Streak is a Sky dragon. He has a large wingspan (nearly twice his body length), a long tail (with a small fin on the end), and short, blunt horns. Streak is an albino, meaning that his scales and eyes are devoid of pigment. He is a fairly small dragon (a trait common amongst Sky Dragons), but not ridiculously so. One of his most obvious traits is his scar, which spans diagonally across his chest as three jagged lines.

Skills and Abilities
Strengths: Streak is a pretty effective hunter. He's also very good at aerial maneuvers, especially accelerating and decelerating very quickly.
Special Abilities: Streak can move incredibly fast. On foot he can move faster than the eye can track, and in the air he is seen only as a blur of white (hence the name Streak). It is doubtful that any dragon anywhere can out run or fly him when he moves at his fastest speeds. This speed isn’t just limited to movement, as he can attack very rapidly too. He can also vibrate himself, causing his outline to blur and making him harder to target as a result. This vibrating also makes him harder to grip, and by gripping someone and then vibrating he can cause them intense pain and shake them till their armor rattles. As an adaptation to his speed, Streak has a much higher reaction time, and can see even the fastest moving objects in slow motion. Like all other Sky Dragons, Streak can breathe wind (sonic energy) as breath weapon.
Weaknesses: Streak’s speed has a steep price, however. Due to the chest injury he received when he was younger, he has weaker heart than his kin. Using his rapid speed puts a strain on his heart, limiting his super speed to short bursts. Using his super speed to quickly or for too long causes his heart to beat irregularly and to eventually stop altogether. By nature, he’s also overly paranoid, and fear might cause him to avoid a lot of situations.
Combat Style: Streak would rather not fight at all, preferring to run away instead ( using his speed if necessary). If forced to fight, he’ll usually come in with some lighting quick slashes.

Background
History: Born to an average Skywings family, Streak was originally known as Ossir (draconic for white) due to his white scales. Despite his albinism, however, Ossir had a relatively normal (and uneventful life). That is, until his brother convinced him to take a small trip down to the surface. They ended up in the territory of the NightWings, and before they were able to leave, a couple of Nightwing guardians killed Ossir’s brother and injured Ossir so badly that he was mistaken for dead. Luckily, the a healer flying by found him. Even so, he barely survived. Worse yet, he found that his injuries had been severe enough to cause damage to his heart. Unable to return to his home (or at least until his injuries had healed), Ossir became a wanderer, taking on the name Streak (due to his speed abilities), and waiting to become strong enough to return home.

RP Sample: Streak looked around. It was late, he was in a wide open plain, and needed to find somewhere to sleep before night fell. Focusing his eyes into the distance,he could see a hill with a cave in it. Perfect. As he walked towards it, he began thinking: Where were the other dragons?Surely he couldn't be alone in this place. Dragons were everywhere. Anywhere he wanted to stay, he'd find that he had some local dragon as a neighbor. Which was fine, he supposed, unless they tried to talk to you. Asking you questions like "Where are you from?" or "You ok?", and of course "Why are you alone?". He reached the cave, looking around for any sign that this cave was inhabited, and, finding none, lay down. There were always others he thought to himself. Always others... 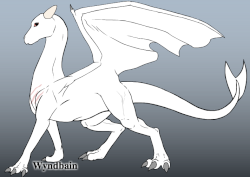 Re: Streak, the blur in the sky