Appearance:Much like the profile picture, isn't very sea like for a seawing but is surprisingly speedy under water, got some big main horns,blue,unusually large scales that are very coarse.

Strengths:Swimming, keeping his head in a extreme situation,.

Special Powers:He is very in touch with a overworldly force called the Aether, hence the name. This overworldly force is extremely powerful, but Aether isn't like a god or anything. More of a demigod. It can be a variety of colors but normally sticks to gold, white, blue, or green. It flows like fluid, but can take any shape or form, from dust to dart's.

History:His mother was impregnated by the Aether force, and only had enough time to give birth to his twin brother Nether, who was born of an underworldly force, before she died. In the past she was at the bottom of the social chain. She barely found enough food to keep her alive. One day when she was fishing, (She was shaped for the sea) she found a goldish glow coming from under a pillar of rock. She swam over only to have these strange fluid particles rush right into her chest. Another dark red group of particles did the same. She found she was going to have egg's later. 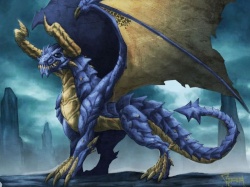 It looks nice, for the most part. I'd recommend getting your profile picture and putting a bit more detail into the "lower half" of the bio, like the appearance and personality. But that's just me.
I personally think that in order to have a strong character, you need to have a strong backstory too. Who was Aether's mother? What about his father? Did he have one? Even if you personally don't know who she was In-Character, doesn't mean you don't get to Out-Of-Character.

I'll give more detail on his mommy, I'll put the profile pic tomorrow, and he and his brother were born because his mama was impregnated by the Aether and the Nether forces. No papa.

Oh my... Another celestial? (is a celestial as well.... but not the type your thinking about...)


welcome to our forum
_______________________
Amaterasu, the japanese sun goddess will watch over you from the heavens and protect you... all ways, for the sun shall rise again and when it does... Amaterasu will defeat the evil in this world

while other people use english text to speak japanese... i can do better... just watch

Issun: Ammy calm down dont you know its bad to bite people who are down on their luck! 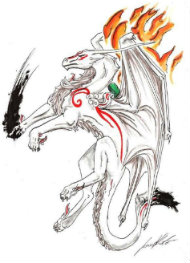