The Kingdom of Twilight/Twilight Industries [WIP]

The Kingdom of Twilight/Twilight Industries [WIP]

History
Twilight Industries is both a Company and a minor Periphery faction the Kingdom of Twilight both ruled over with absolute authority by a King or Queen of the Twilight family. In order to explain how it came about we have to go all the way back well not quite all the way. The Twilight families have extensive written records of where they came from all the way to the royalty and nobility of Europe in the 15th century on Terra. They even know the exact ship their ancestors rode when immigrating to the new world. None of their relations and titles of nobility and royalty of that past did them any good in this new world though. As they progressed into the 21st century they became known for two other things their intelligence and military service. But the family was scattered separated by small groups of parents, grandparents, and grandchildren and even in those small groups there wasn't much of a purpose just people getting by. Which brings us to Star Twilight who decided to change that. Using her small fortune she'd amassed she bought a lot of land and assets to be used by anyone of the Twilight family even those she hardly knew. However they'd have to abide by some guidelines and rules. The first rule was family came first before anyone and everyone. Everything they did was to be in service to the family. Second who would be a member of the Twilight family was going to be regulated from then on. She would decide when members of the family got married if their spouse would gain the Twilight name or if they would take their spouses last name in which case their rights as a member of the Twilight family was revoked. As time progressed it became a natural trend that the women of the family would take on leadership and administration roles and scientists researching new technology while the men tended towards military services and mechanical roles. Star had seen the importance of colonizing other worlds in order to survive as a species and steered the family in the direction of that goal though she herself wouldn't live long enough to get to see it come to fruition. But that was okay. That was part of the whole reason she was recreating the family in this way to secure the position and future of their family for all generations to come.

As humanity began colonizing the stars half the family became a part of the Taurian Concordat and the other half the Free Worlds League however when Centrella created the Magistracy of Canopus almost every Twilight of the Free Worlds League defected to them. As time passed though the family was becoming disjointed and disorganized with no clear goal to lead them forward. Aside from a shared hatred of the Inner Sphere and Star League which conquered the Periphery by force.

Slowly beginning to reverse to how they were in the 21st century. But it was not to be. A young woman by the name of Celestia Twilight had been excommunicated from the family for refusing to be told what to do and in active rebellion she joined the Star League. She hadn't married yet which is why she still held the last name but functionally she could not gain from the benefits, connections, and security that would normally go with it. Celestia liked the Star League for what they stood for in opposition to the houses and their feudal way of running things. though nobody used the words there was no mistaking the galaxy was ruled by kings and queens, but not while Star League was around. She also was enthralled with their revolutionary technology though. Celestia was working on the Tandem Charge Warhead program which she was very passionate for. She believed it was going to revolutionize warfare. Largely the only effective weapon vehicles and conventional infantry could use against mechs were inferno missiles. But with these new missiles infantry and vehicles could very effectively take down mechs by passing armor and damaging the internal critical components. In addition it would mean less lives lost as the mech was rendered combat ineffective without killing the pilot in most cases. But not long after the prototypes they built proved it's effectiveness serious talks of canceling the project began to circulate. Celestia began to open her eyes. Star League wasn't opposing the feudal system, they'd taken it over establishing themselves as head King and things were getting really weird in the Star League. It was pretty clear Richard Cameron was incompetent and a puppet to Either Kerensky or Amaris she wasn't sure. A puppet to someone though for sure. Taking a prototype missile and all the research and blueprints on it Celestia deserted and sought out refuge in Canopus which was granted. There she founded Twilight Industries 2758. She was going to finish the missile design and sell it exclusively to the Periphery. She quickly ran into a problem though she wasn't going to be able to finish the missile and sell it at a price anyone is going to buy at least she had the foresight to see she wouldn't be able to sell enough to keep a business going. She was going to need a different product to sell. Luckily Celestia had something already lined up. For years on the side she'd been working on a successor to the legendary A10 Warthog for fun. Ever since mechs had become the dominate force on the battlefield there hadn't been any aircraft or aerospace that filled the close air support role like the A10 had during it's time. The Warthog could just look at something be it infantry or a heavily armored tank and it died. She'd already run the simulations and it was a very effective close air support vehicle. The problem was she didn't have the resources to stick it into production. Celestia met with some of her family on Canopus pitching to them all the promise of her new company and it's future products but they weren't willing to support her. She of course wasn't a member of the family. Celestia was about to give up hope when out of the blue an anonymous source funded her whole project free of charge which unknown to her was Amaris's work funding the Periphery for war.

The taxes added on to the Periphery in 2763 made things a little harder but Twilight Industries was already nearly finished. The A11 released in 2764 to critical acclaim and just in time for the gearing up for war. 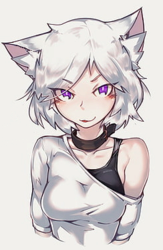