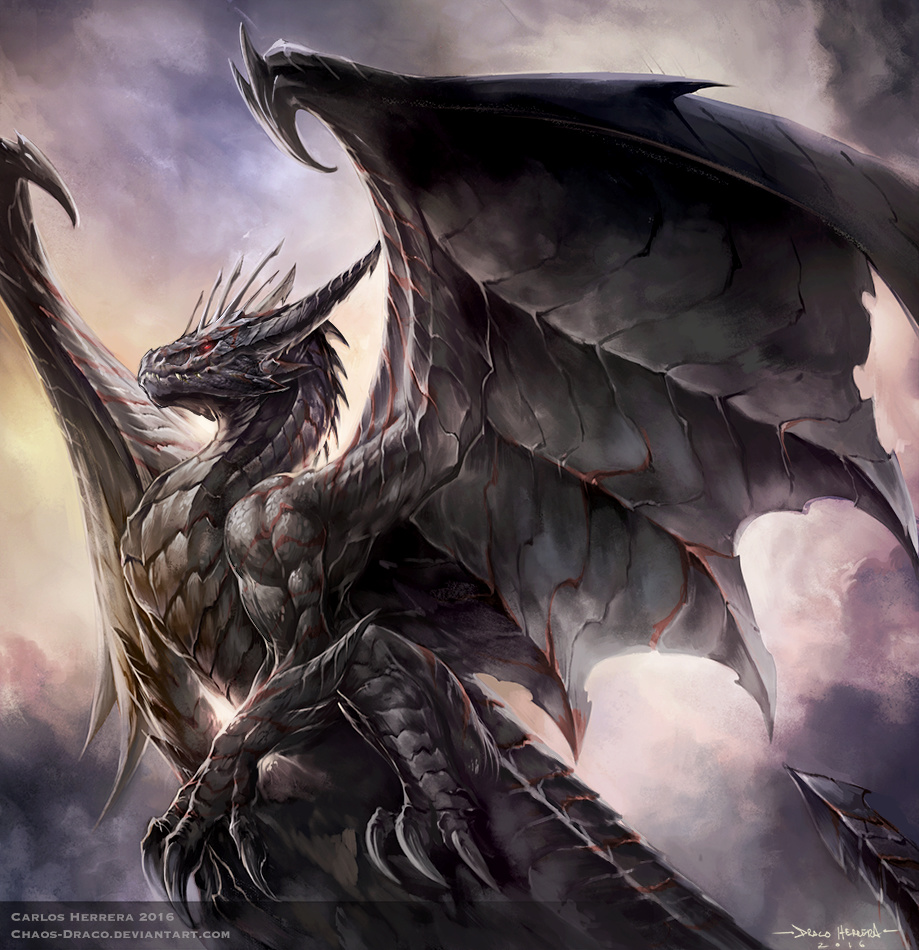 Type of Character: Dragon
Link to Character List Page:
Personal Info
Name: Neltharion Dominus Cinerem
Alias: Nelth, Nelthy, Nel, Nelly
Age: 137 years
Gender: Male
Sexuality: Heterosexual
Personality: Neltharion has grown more pessimistic over the years, not seeing the joys of life all too much. He still goes out to search for artifacts from time to time. He mostly does this to not fall into total depravity. Usually he acts like nothing is going on to not worry anyone. While he is like that, he appears more prideful and slightly carefree. Though, some might find him in deep thought from time to time. No one knows what might be going on inside that head of his, be it benevolent or malevolent.

Neltharion can still enjoy some bits of life such as just relaxing under the warm summer sun.             He doesn't mind striking up a conversation with other dragons as well, it can be nearly about anything.
Although magic and ancient artifacts intrigue him the most and would love to learn as much about them. Be it how they were made or for what purpose those artifacts served. Also he likes fish

He openly preaches about renouncing the gods and does not shy away on giving his reasons on why he does so. Just mention of god worship can put him in a worse mood and the need to argue against them rises. Though he very much dislikes god, His hatred for humanity dwarfs that in comparisen. Seeing his fellow tribe members slaughtered induced a great hatred and wrath into his heart. He absolutely regards them as a lesser species that has commited the most gravest of sins. He sees every other race other than dragons as lesser blood and mentions it as well.

Fears: Neltharion fears failure the most, No matter what it is or for whom it is. The sheer pressure of expectation weighs heavily on him. Also he dun like dying
Strengths: Neltharion excels at long range combat and thinking through a tactical lens. When things fall into place he usually can say calm and collected.
Weaknesses: He can be very stubborn and has difficulties taking on new ideals that conflict with his own. Also when his tactics breakdown he becomes more rash and is more prone to panic.

General Appearance
Height: 160ft
Scales: Black with tinges of red diamond shaped scales that slightly overlap. The scales also have a metallic sheen.
Eyes: Red
Appearance: Basically the picture, but he always try to hold himself in a bit more of a regal position no matter the circumstance.

Tribe Information and Status
Tribe: Earthwings
Inheritance: EW/FW 33/67%
Rank: Scholar
Family: If anyone wants to be
Mate: N/A
Hatchlings: No idea what drunk Nel could have done.

Skills and Abilities
Normal Abilities:
Earth Manipulation: Due to his Earthwing heritage Neltharion has some rudimentary control over the earth itself. He can shape it to his will so long that the shape isn't too complicated. For example he can raise a small plateau to rest upon or use a minute to create rudimentary makeshift artillery cannons, basically just a long tube attached to a stone base. By manipulating the earth he can aim the device. At most he can take a bit over 10 minutes to set up 6 cannons maximum. A piece of rock inside the barrel launches out the charges.

Explosive Charge: Neltharion can place an explosive charge into a cannon and make it launch at will, effectivily creating an artillery blast with a range of 1000ft It takes atleast 6 seconds to put a charge in a cannon. The blast radius of when the charge hits a target is 20ft. The charge itself is just compressed fire and the charge only explodes on impact.

Fire breath: Neltharion has access to an ordinary fire breath with a temperature of 1400 kelvin. It's possible to compress the firebreath into a singular beam that explodes outwards in a 20ft radius. It takes 6 seconds to charge and increases the range to 1000ft, the same as the range of his artillery.

Special Abilities:
Heart of Corruption: His time in another dimension has done more than merely affecting his mental health. A piece of the place still resides within him. It is a very simple yet dangerous ability. Neltharion can use 50% of his life force to double his attack potential for 1 minute. After the minute ends the heart claims the 50% of the life force all at once. This leaves him stunned for a very long duration of 30 minutes, practically putting him out of combat. Can only be used once a day.

Combat Style: If you can describe his fighting style in one word, Artillery would fit best. His approach is to stay far away and prepare his means of attack. Trying to fire as much in a quick burst to take out his foe in one to three shots. If longe range is impossible he shall try to use trickery to confuse his opponent before trying to attack. If everything else fails Neltharion resorts to his large physique and natural strength to win.

Background
History: Neltharion never knew his parents nor does he put any effort into finding out who they could be. During his childhood he was mostly surrounded by Pureblood Earthwings and slowly developed an insecurity about his mixed blood. He spent most of his early years researching the arcane and looking for old artifacts that might be of use. During that time he was known to more kinder and would help anyone. Worship of the gods was norm for him as well, basically part of his daily routine.
Then the two invasions happened...Seeing atrocity after atrocity broke hime a little. He slowly lost faith in the gods and eventually renounced them entirely. He sees them as nothing but self-righteous bastards upon thrones of power, ever argueing amongst eachother. During one of his trips to find lost artifacts before the monsters would destroy them he got caught into a portal to a place that can only be described as Hell. Though it took him a few years and lots of pain and injuries, he managed to escape barely with his life.
RP Sample: [REDACTED]