Personal Info
Name: Selthies
Age: Freshly hatched
Gender: Female
Sexuality: N/A
Personality: A curious hatchling, yet often reacts to the unknown with aggression or a feeding response. Selthies otherwise enjoys lounging around, cuddling other dragons, & keeping herself fastidiously clean. She is easily spooked & even easier to please. This new world is big, exciting, & full of fresh new experiences-- she wants to see it all! Even if it means wandering away from her family.
Fears: Loud noises. Fast moving, large things. Predators that set of her fight or flight instincts. Being scolded. Being left behind. Disappointing her loved ones. Losing her favorite rock, something that she hatched beside, picked up, & has hardly ever put down since.
Strengths: Communication! She's very good at getting across what she needs or feels, thanks to both her color changing scales & ever widening vocabulary.
Weaknesses: Very poor stamina. Physically and mentally weak, as she is hatchling. Becomes lonely easily & needs plenty of attention. Weak scales. Unable to fly

General Appearance
Height: 3 feet at the shoulder, five feet long
Scales: Hue-shifting jagged scales cover her body, supple & rippling in the light. They allow for great flexibility but are quite soft. Possesses a mane of feathers, a feather tuft at the end of her tail, & needle sharp spines sprouting from the same place as said feathers
Eyes: Golden
Appearance: A feathered, noodly wyvern, with a body plan a mix between her two parents'. She has stout, chunky hind legs with three claws each good for gripping, but not attacking. Feathery wings tipped in three claws, similarly able to grip but poor for attacking. She walks on these front limbs like more traditional wyverns. Her body is long & noodly, with soft, iridescent scales that shift in color in tune with her emotions. She has intense eyes, a rounded head,& two stubby foldable fangs(non-venomous.) As stated above Selthies is maned with feathers mingling with needly spines, with the same being true for the tip of her tail. These head feathers are for display while the tail feathers are for ruddering in flight.

Skills and Abilities
Normal Abilities: Color changing scales. No breath ability.
Special Abilities: None!
Combat Style: She tries to coil around her opponent & kick at their underbelly, all the while latching into their neck with her fangs. If the opponent is too intimidating she simply runs, or puffs out her feathers to try to look bigger

Background
History: Nothing yet! She's, as of this writing, technically still in the egg. I'll be roleplaying her hatching right after I post

'Golden threads touching from root to leaf, rigid in the breeze..'

Itsy continues to write, poetic freeform being painted down into the journal with an inky mixture of local plants, silt, willow sap for scent, & the fine shimmer of her wettest silk. She is merely idling in her thoughts. Patiently waiting for inspiration to strike her; she wants to weave something, some item of clothing for the cracked plastic bust so carefully tucked away in the canopy of her willow tree.

She hangs, upside down, slender legs delicately gripping onto the gnarled branches, a weathered clay pot swaying gently beside her as it hangs on a single thread, filled with her homemade ink. She dips the end of he tarsus into into occasional, using the haired appendage to write. The substance is very particularly made & so does not much bother her easily overwhelmed sense of touch. Golden spider silk stretches here & there with her personal items stuck to them. Cloth, carved wooden dolls, a rusted needle, pots, herbs, human clothing, flowers, & one wolf-sized lump squirming as it hangs from the sturdiest of branches. &, of course, a plethora of male spiders attracted by her pheromones.

Strands of her web stretch from the tree to across the flooded area surrounding her tree, reaching out into the forest. Her web spans a roughly half a square mile. Carefully eaten, respun, & maintained each day. The spider gently touches a leg to seemingly random threads leading off to the rest of her web, hypersensitive sense of touch on alert for any vibrations.

Itsy waits for someone nearby to pass & disturb her web. She is in want of a bit of company. 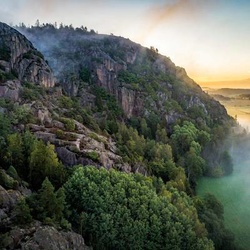 A Hatchling that has just hatched isn't going to be able to fly at all, so she wouldn't be skilled at flying for a Hatchling, nor superior to flying compared to a NightWing Hatchling, though this part is more because no species is superior to another in flight, save for SkyWings who are the fastest. So you should probably remove the flight from her strengthens.
_______________________
Astral's favorite person. ^.^