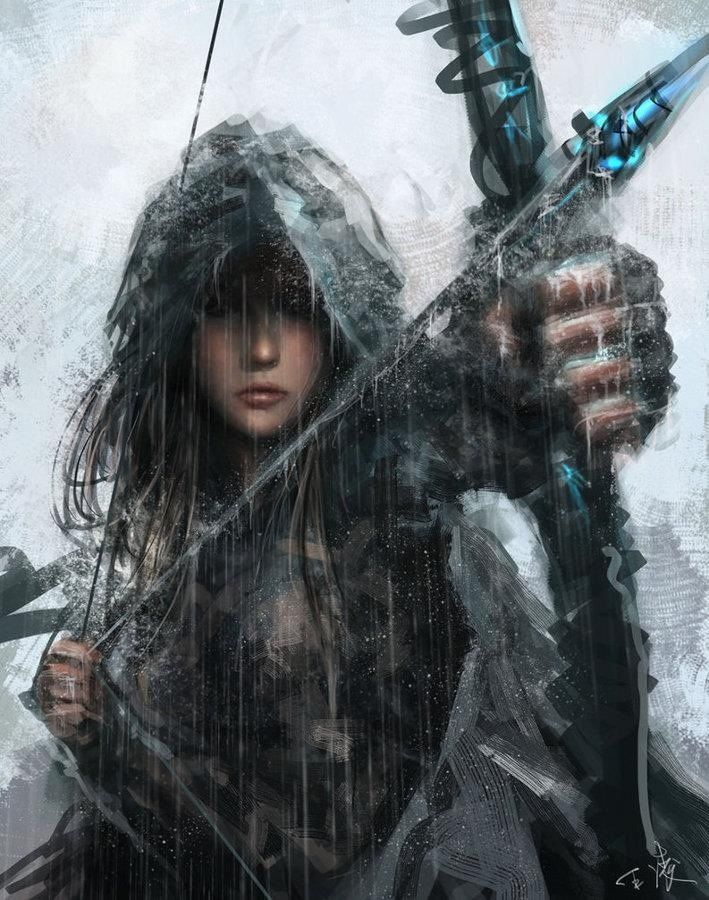 Image is not mine, full credit goes to its creator
Type of Character: Human
Link to Character List Page: xXx
Name: Addali Chezie
Alias: Addi
Age: 26 years
Gender: Female
Sexuality: Heterosexual
Personality:
A kind soul, Addali is truly adored for her hospitality and kindness to any and all she meets. Often finding less fortunate families and giving them money, clothing, and food to at least alleviate any hardships they may be going through. She can often be seen helping farmers with their crops considering she did it as a child and knows how hard it can be on the elderly. But don't let this fool you, her job as a Bounty Hunter is not to be taken lightly. She is rather ruthless and calculated when it comes to dealing with those she has a contract for, taking them to their assigned place or killing them all depends on the terms of the parchment she signs.
Fears: Addali's biggest fear is dying alone, no one knowing that she is gone or caring. She also fears dragons, being crushed, and has a mild case of claustrophobia from being stuck in a rock crevice when she was small.
Strengths: Addali is an expert bowman, being able to hit her mark at 50 yards. She is also mentally sound, calculating, and patient.
Weaknesses: Addali is not fully physically strong, though strong for her size, easily being overpowered by anything or anyone much larger than her. Due to an injury she sustained when she was a teenager, she has a weak left leg, causing a limp and hindering her ability to run as quickly as she used to for extended periods of time.

General Appearance
Height: 5'6"
Hair: Long, coffee brown curls that she normally keeps in a tight braid
Eyes: Brilliant Blue, can be compared to a clear sky
Appearance: Small yet toned, Addali has an athletic frame, scars lining her body from various altercations, and always adorned in some kind of fur.

Skills and Abilities
Skills Addali is a well known leather worker, able to make clothing or anything she is asked to make. Practicing daily, she has learned the ins and outs of her bow, making her a deadly accurate opponent at a fifty yard range.
Equipment: Almost always has a dagger within a leather scabbard on her side and a recurve bow with quiver and stone tipped arrows.
Combat Style: Not particularly skilled in combat fighting, she prefers to only use it when she has to, though most of it is defensive, she prefers archery over any form of combat.

Background
History: Addali led a fairly normal life before she turned 18, working on her parent's farm and enveloping herself in the studies she was provided. Svadilfare was her best friend growing up and they often got into a lot of trouble together, as most children did, but the fun was short lived. Moving away when she was ten, she grew into a fine and beautiful young woman, often the target for many men's advances at that time, though she was simply not interested. When she began her life as a bounty hunter, she was young and full of life, able to pull many contracts with success and failures along the way. when she turned 21, she decided to pull back from her occupation a bit and only taking the large contracts, starting her own tannery in Lestonnia and spreading her work throughout the land. She lives comfortably now with her mount and her pet wolf, keeping things going smoothly at the tannery and taking large contracts when they are brought to her.
RP Sample: 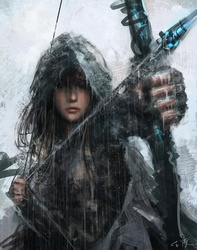 Re: Addali the Bounty Hunter