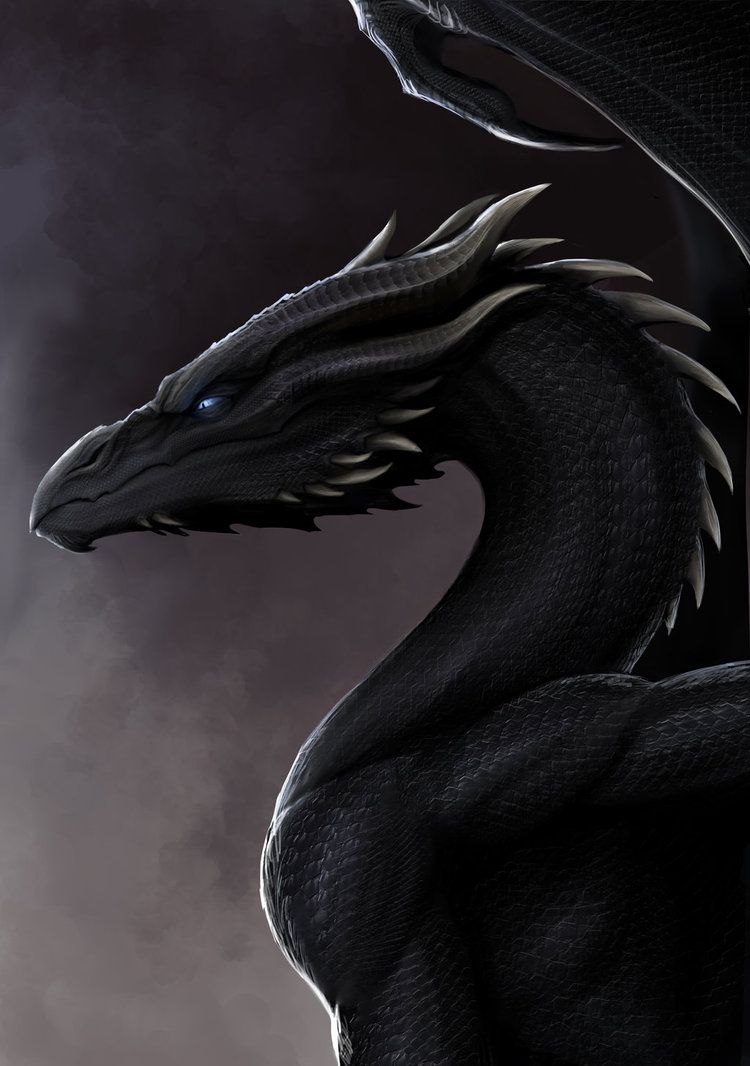 ((Image is not mine, full credit goes to its creator))
Type of Character: Dragon
Link to Character List Page: xXx
Personal Info
Name: Shira
Alias: N/A
Age: Mature Adult
Gender: Female
Sexuality: Heterosexual
Personality:
Shira is a highly manipulative dragoness and therefore has many personalities. She can either appear innocent and kind or malicious, it all depends on what would gain her, though she tends to lean more toward the latter. She is highly observant, seeing things that many would overlook and is able to sense any sudden changes in mood and is an expert at creating her own windows for favor from whom she needs. Proud to be a Nightwing, she feels that any who are of partial blood or not a Nightwing at all are nothing and meaningless, therefor paying them little mind. With an urge to gain power and make a name for herself it often causes her to overstep her boundaries and cause conflict she later has to rectify.
Fears: Shira is afraid of remaining with her parent’s lowly title of ‘citizen’, dying a meaningless pile of flesh. She is also afraid of being completely alone, finding silence maddening.
Strengths: Stealth is Shira’s main strength, being as small as she is, able to go undetected and unnoticed without fail if she wishes it. She also has an uncanny ability to read a situation and work her way out of it. She is very well versed in Old Draconic, able to decipher things that others have trouble with and a talent she shares with very few.
Weaknesses: Being a bit power-hungry, she often is overzealous when in the presence of a high ranking official, trying a bit too hard to impress and is often hurt or embarrassed by the simplest mistakes.

General Appearance
Height: 32ft
Scales: Her main scales are a dark obsidian with a deep charcoal grey for her under scales.
Eyes: Arctic Blue
Appearance: Though she is small, Shira is very powerful, her muscle definition showing her many years of hard training. She has one scar along her belly that she obtained from a fight with another dragon, the scales a bit askew as they grew back in. Shira, though very well muscled, is rather slender and stream line, making silent flight possible when she needs it.

Skills and Abilities
Normal Abilities: Night Vision and Toxic Sleeping gas
Special Abilities: Absolute Darkness: Ability to cast blinding darkness upon an entire area spanning for a 300 ft. This ability drains a lot of energy and only lasts for four posts, leaving Shira weakened afterwards. It is used as a defense mechanism or as an inhibitor to an enemy. Only purebred Nightwings can see through it and half breeds can only partially see. Absolute darkness manifest first as a shifting in shadows of the area as they reach and twine with one another. The next is a low, vibrating sound emitted from Shira before darkness quickly overtakes.
Combat Style: Shira is an expert at stealth attacks, able to await in complete stillness for an ambush point or simply fly down on the target in silence. She is very quick and effective but does not always reach her target, though more times than none she comes out on top.

Background
History:
Shira grew up under the influence of her parents, her father being a Scholar and her mother being in a ballad group. Her father taught her how to read, understand, and speak Old Draconic from a very early age and her mother taught her how to sing in a proper manner, expanding her knowledge of her tribes history. As she grew up, Shira began to notice the respect others gave to higher ranking families and she desired it. From that day forth, she aimed to be more than her parents wished for her, following her desire to be a high ranking tracker, or something more. She began her training at an early age, giving her an edge when it came to the other trainees who began after her. She was a natural born leader, often teaching others small tricks she had learned after training hours had finished.

As Shira grew, so did her manipulation skills. She knew she would not grow as large as most of the other Nightwings but she knew how to use her refreshing charm. The dragoness learned very quickly how easy it was to seduce a simple minded drake to get her way and began to use this to her advantage.

Now that Shira is an adult, lost her parents, and is alone with only a title to call her own, she has begun seeking more for her life. Something her hatchlings could be proud of.

Also added how it manifests because I totally spaced adding it.

Added a segment to her backstory regarding her parents and added her ability to read, understand, and speak Old Draconic