What does love do?

Love was meant to create, to bring people closer together. But what of this? Was love created to break a heart? Was love created to suddenly shatter a dream to pieces? Was love created to instill fear into the heart of the Sapphire Knight, a mother? A mother. It was now apparent that the nights dedicated to love spent with Solomon Wyrmfire had its consequences. A day before Khada Dís discovered she was with the child of Lestonnia's prince. The first thought that ran through her head was this: But what of Solomon, my dearest knight? How will his people react when they discover he has an illegitimate child? What about his family? Will this be yet another unwanted child in Lestonnia?

As soon as she thought that Dís winced guilty. She looked to her abdomen. Oh child, I DO want you in my life. But things will be difficult.

The first step was to inform Solomon. Khada Dís set out in her noble attire in search of her lover. Those who recognized her as the Sapphire Knight saluted, and she dipped her head respectfully to acknowledge them. Some tried to stop her to chat, but the woman merely said, "I cannot. I need to find a friend." She continued to keep an eye out for Solomon, her stomach twisting nervously. Hopefully everything will be okay.
_______________________ 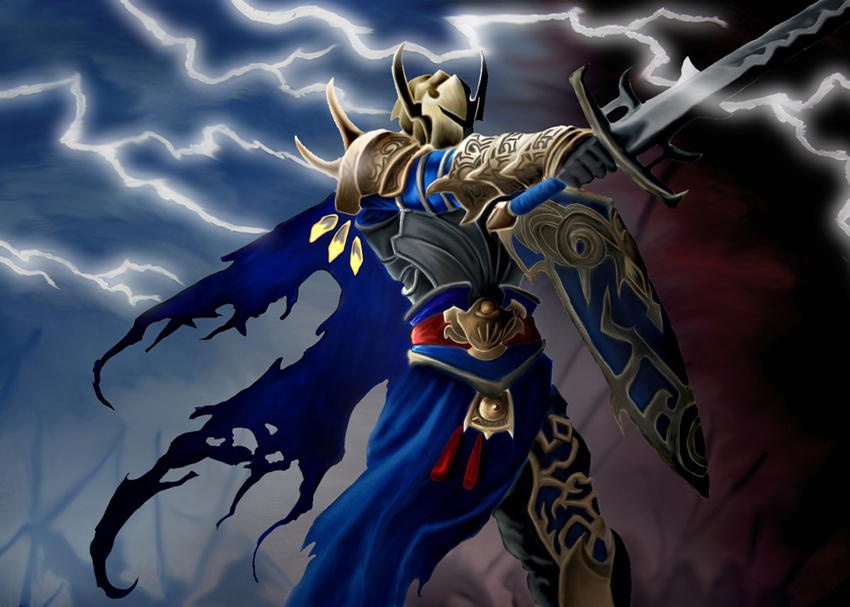 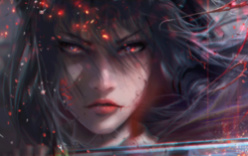 Solomon was oblivious to the realities of Khada Dis's ordeal and distress as he was to be found within the training courtyard of Candor Keep. Pennants flying the Black Dragon heraldry and colours of Solomon were whipped in the wind from atop the parapets. It was a fine, strong fortress, built in the time of the first Dukes of Candor. Constructed from locally quarried pale stone, the castle glowed a warm rose colour in the rising, morning sun. Perched atop a rocky bluff, the castle was the highest visible structure for miles around. The location of the fortress had been carefully chosen, both for its defensive value and for the dominating aspect it held over the surrounding countryside.

The courtyard below the powerful southern gatehouse that led into the castle. Peasant men-at-arms in their black and gold gambesons and iron-rimmed helmets along with other peasants in their simple garments who should be about the normal activities formed a crowd around the martial training ring. It was here, the attention of the crowd that Solomon found himself. In the training ring, he wore only a linen white shirt with gold embroidery upon the cuffs and collar as he stood against a young squire who was donned in chainmail, surcoat and great helm.

A booming laughter left the Duke Solomon as he seemed to dance around his opponent, the sun catching his silver hair making him appear almost as a creature of the fey, ethereal as he carried no shield, only an arming sword to parry and dodge. The young Squire in his heavily armoured attire with a large kite shield and flail, swung the spiked ball in wide arcs wildly. While the spikes were blunted should the flail reach its target, Solomon's rips would no doubt be broken, yet with only sweat to show his effort, Solomon continued to dance his way around his opponent lunging every now and again in a fluid fencing like motion with his training arming sword.

This event had become common within the walls of Candor, and the Men-at-arms and surrounding Knights forming the crowd placed bets on both the Duke and the Squire as a means of entertainment. Usually the practice of teaching the martial prowess of Squires and guards fell to their respected Knights or the Castle Master of arms of their Lord, but Solomon offered any man to challenge him whenever they felt ready and in this case should this squire win the duel Solomon would Knight him on the spot, allowing the young lad to earn his spurs.
_______________________
"Companions! We will not yield to these curs, no! We will plunge our blades into their ignoble hearts and reclaim our birthright as the champions of Humanity, stand with me brothers, for Leostonnia!" - Sir Solomon Tiberius Wyrmfyre, Duke of Candor, Knight of the Burning Blade, Third born Prince of Leostonnia.
For Solomon's character Bio Click Here 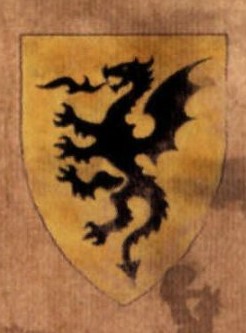 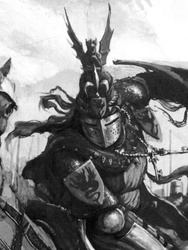 Similar topics
» Khada Dis the Sapphire Knight
» Then there was this one job (Svad, Solomon)
» Solomon Wyrmfyre, Prince of Leostonnia
» Ray Looking for Love
» Love is in the air~