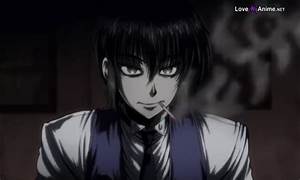 Type of Character: Human
Name: Anguis Tenebris
Alias: None
Age:19
Gender: Male
Sexuality: Heterosexual
Personality: Anguis is very empty and apathetic, only caring about the mission. He feels nothing towards other humans and would kill anyone for the right price.
Fears: His abusive family, massive beings that can easily kill him.
Strengths: Anguis is good at analyzing situations and developing plans. He was also taught how to manipulate others. Anguis has also built up a resistance to most common poisons and only experiences a fraction of the effects. Because Angus has built up a resistance to these poisons, Anguis can clear them out of his system faster. Poisons that induce nausea, light headedness or blurry vision will barely affect him. With nausea being reduced to a stomach ache. However, if he comes into contact with something he has not built up antibodies for, then he cannot resist them.
Weaknesses: Anguis isn't physically strong and can be easily overpowered.

Life Info
Home: Anguis doesn't have a set home.
Profession: Thief/Assassin for the bandits that he lives with.
Family: All known family members were slaughtered in the middle of the night by Anguis.

General Appearance
Height: 6'1"
Hair: Long black hair that extends halfway down his back.
Eyes: Silver
Appearance: Anguis prefers to dress in more formal black suits, keep up his professional appearance instilled into him by his parents. He always tries to keep the appearance that he is in control.

Skills and Abilities
Skills Anguis has a silver tongue and will try to use other people for own goals. Anguis can also work under no sleep, and through medium pains. Anguis also knows basic first aid like making stitches, CPR, making splints, and other field medic techniques.
Equipment: Anguis carries a knife that he conceals in his sleeve and is coated in a powerful toxin that renders that limb useless after 2 turns and lasts 5 turns.

Combat Style: Anguis isn't a fighter and can't last long in a real fight. His main style of fighting is to use tricks. He has a small knife that is easily concealed and he tries to end conflicts as efficiently as possible. Cutting throats or ligaments to render limbs useless. But besides this knife, Anguis can't stand in a fight of endurance or strength.

Background
History: Anguis Tenebris was raised by the Tenebris family (Separate from the dragon Tenebris.)The family was obsessed with producing killers and made quite the name for themselves. They would kidnap women and force them to produce more heirs or kidnapping young impressional children. They would then force these children to endure torture like electric shocks, psychological abuse, and controlled poisoning. Anguis is one of these children and is the only surviving member of his "set".

When Anguis was thirteen, he snapped and killed every member of the Tenebris family in the village in the dead of night. He then escaped the village and got taken in by a band of bandits. They taught him about the underworld and how the underground society works.
RP Sample: (Provide a RP sample of how you would roleplay. Optional)

Anguis can suppress the effects of most common poisons to minimal effectiveness. His body has built up antibodies to them and he can clear them out of his system faster than most people.

Poisons that induce nausea, light headedness or blurry vision will barely affect him. With nausea being reduced to a stomach ache.

Meanwhile for less common poisons, if they have an effect similar to a common poison, then he can reduce the effects of those as well. But if they inhibit blood clots or attack the brain/other organs, he won't be able to resist those.

Add this description to the app then. Also, if he can only do this with basic, common poisons, then he shouldn't be able to resist uncommon poisons even if they have similar effects. Think of it like getting sick. Once you get sick, you become immune to that particular strain. So if you get sick again, it's because you've come into contact with something you've never been exposed to before.
_______________________
Astral's favorite person. ^.^