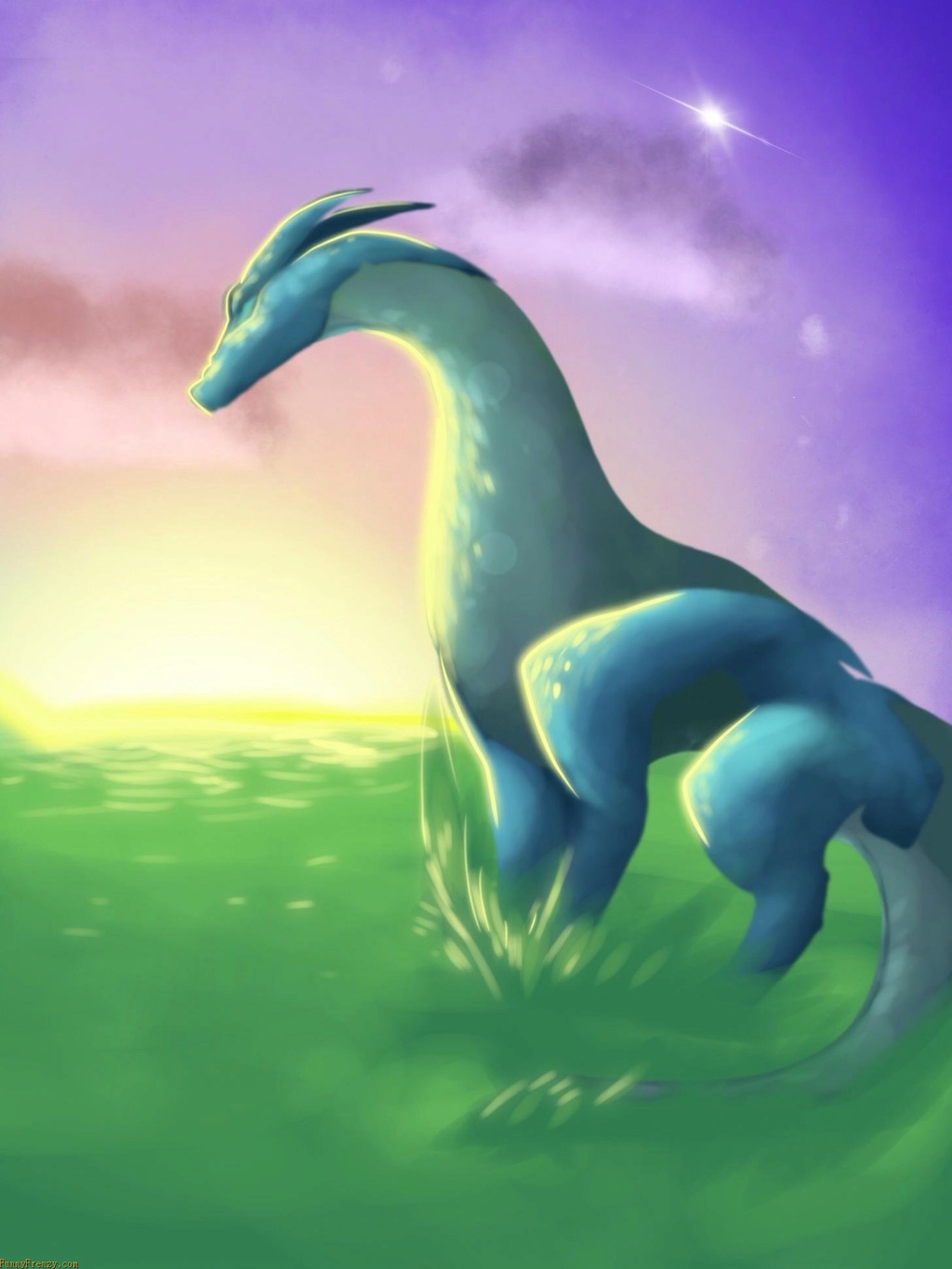 Type of Character: Dragon
Name: Azorius
Alias: The Blue Beast (what most humans call her)
Age: 100
Gender: Female
Sexuality: Straight
Personality: Kind and caring to mostly everyone she meets.
Fears: Being enslaved again, being killed (doesn't matter if it's by humans or dragons), crowds, and the only real fear that she is trying to get over: humans.
Strengths: Swimming, helping others, and being a jack of all trades
Weaknesses: Ice and other slippery surfaces, nets, fragile scales, and boops

Height: 20ft
Scales: Small, circular and light blue
Eyes: Beautiful teal eyes
Appearance: Gorgeous light blue, with gills located near her face. One can tell it's her since she lacks wings.

Tribe: Rogue Seawing
Inheritance: Pure
Family: None as they're dead
Mate: None
Hatchlings: None

Water Breath - Water that can vary in temperature, be used in combat (as if it were shooting out of a busted pipe) and for practical uses such as watering a garden.

Better Swimming - Thanks to her webbed feet and being a Seawing, Azorius swims both better and faster than the other species.

Breathing Underwater - Gills allow her to breathe underwater. Don't have much else for this one.

Soft Mouth - Allows Azorius to carry things in her mouth without puncturing said thing or puncturing a living entity and watching blood drip from her mouth...

Combat Style: Though she hates fighting, her combat style is simple.

History: Once a winged dragon, Azorius lived a carefree and lonely life. That all changed when she had her wings clipped and was sent off to one of the many Nightwing prisoner colonies. While the conditions in the colony was extremely poor, Azorius had it a little bit better. Being a jack of all trades, she had no real problems with working despite her hating every minute of it. However, her least favorite part of it all was being as a living practice dummy. But, freedom finally came when the monsters attacked the land of the Nightwings. Most of the guards had fled, but those who remained fought the monster. During the confusion, managed to escape the colony. After running for what seemed like forever, she made it to the coast and began to swim like she had done before her wings were clipped. The only problem was the fact that it is harder to swim without wings, but that didn't stop her.

Azorius eventually ended up at Brysur, where she was almost killed (in her opinion). So began her long journey around the land of humans, in search of a home where she would be accepted. According to some random hunter, the "Blue Beast" was last seen heading into the Oasis Lands.

RP Sample (from a different RP):

The futuristic 'lady' finally spoke, though her voice is a tad bit robotic. "I agree with the winged girl. All of you need to stop with the childish behavior. It disgusts me, and I do not see why you all can't just respect each other for what you are. Or rather, what you were in your world. Not to mention, we're going to have to work together to solve this crisis." While one couldn't see the displeasure on her face, it was definitely there. But what's surprising is the fact that a newcomer butted in an attempt to stop the argument.

New characters can only have one special ability, so you'll have to choose between soft mouth and bubble breath. Fragile scales doesn't appear to be an ability at all, so it should go under weaknesses.
_______________________
Astral's favorite person. ^.^