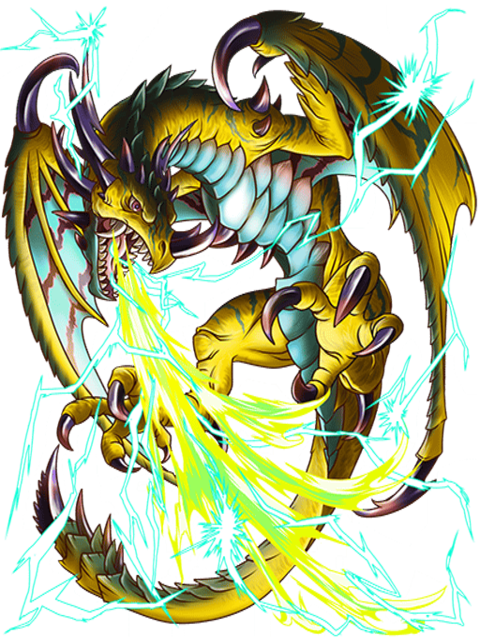 Personality: There are three words that sum up Taru. Daring, Dauntless, And Loyal. Being curious, Taru is Daring enough to try out new maneuvers or new things. He has a streak of reckless behavior during battle, which some consider berserker-like, but Taru calls it being Dauntless. And to top it all off, Taru is completely loyal to the Skywing King(currently Attor) and to everything Skywing related - Including, but not limited to, The Starlight Order and to all Skywing ideology and ideals.

Fears: Drowning, as he is not a good swimmer. This is why he greatly dislikes big bodies of water. However, Taru holds a great respect for Seawings as he sees it as a brave thing to do, to forsake the sky and to take to the waters...

Strengths:
Physical ~
~ Speed. As a Skywing, Taru is capable of reaching speeds of 110 mph during normal flight and to achieve 138 mph during a dive.
~ Talons, Claws, Spikes. Taru has strong pointy parts that can be used in offensive and defensive maneuvers. Being born with such, he has had a good amount of time to familiarize himself with his body and to its numerous uses.
~ Strength. With a muscular frame, Taru is able to grasp heavy things with his legs and claws.
~ One on one dogfights. It’s easier for Taru to overtake a single opponent rather than multiple due to his size.

Mental ~
~ Tactics. Being able to visualize how a battle may commence, and how it is, can save Taru and his brethren their lives and secure for them a victory.

Weaknesses:
Size ~ When attacking enemies, size matters. If the opponent is to big to be satunned easily or to get hurt easily, then Taru’s chances of winning the fight get lowered drastically.

General Appearance
Height: Approximately 28 feet tall
Scales: (Look at the picture for a clearer definition of what Taru’s scales really looks like...)
Eyes: Black pupils surrounded by brown
Appearance:(Look to the picture for general body structure)

Skills and Abilities
Normal Abilities:
Speed & Agility ~ His backbone/spine is extremely flexible which helps him accomplish extremely tight turns and maneuvers while in battle. This specialized body structure allows for demonstrations of accurate flight techniques such as navigating through narrow and complicated spaces, or to ‘roll’ in the air(Taru can do this by curling up and flaring up his claws, spikes, and sharp edges. This move is time consuming but results in a normally effective drop attack...).
Lightning Breath Attack ~ As with all other Skywings, Taru can breath lightning. Usually a light blue coloration, the streams of lightning coming from Taru’s maw are normally unfocused and create a little storm of lightning that can be used to stun opponents. This storm has a radius of 5 feet. Can be amplified by his special ability, Golden Wind.
(These are abilities that every dragon of your species can have.)

Special Abilities: (Any unique abilities that your dragon has that no other dragon has? Make balanced powers)
Golden Wind ~ Taru is able to project a stream of golden particles, thus the name Golden Wind. This ‘wind’ charges the lightning and directs it into a focused cyclone-shaped funnel, extending from Taru’s maw to the resulting victim. This can hit only one opponent, and normally stuns and may even disable them for a short amount of time, about two-five minutes. This stun affect is very similar to paralysis, but the duration of such affect is much shorter. However, due to this not being paralysis, the victim usually recuperates very quickly. This attack can hit targets up to 60 feet away, but due to the amount of recoil created from having so much electricity escaping from one central point, it is harder to control and aim at a target more than 20-30 feet away. When hitting opponents of similar size or smaller, it normally paralyzes them for a few minutes, but never longer than five. For opponents approximately 30-70ft tall, it can stun them or paralyze them for up to two minutes. And for opponents taller and bigger than 70ft, it only disorients them for about two minutes. However, even being disoriented for two minutes leaves enough time for Taru to close a gap 20-30ft away.

Combat Style: Mainly close-range attacks consisting of stunning the opponent with lightning and grabbing onto the opponent and tearing their flesh, scales, and wings. For longer ranges, Taru resorts to his special ability, The Golden Wind. However, as it is pretty inaccurate, Taru likes to close the gaps with his speed and aerial superiority.

Background
History: The Hurribane’s have always been pure Skywings. Most were warriors, although some were scholars. And to top it off, at least half of the Hurribane warriors served in the Honor Guard. Taru was born into a prestigious, military-centered family. This was good news, as Taru had always wanted to follow the path that his ancestors had taken. The path of strength. Of aerial superiority. Of military prowess.
As a trainee, Taru was given the choice as tracker or guardian. Obviously, he took the guardian choice. With a service record of excellent magnitude, Taru is convinced that very soon he will be able to join the Honor Guard. 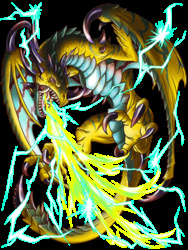 Is the duration of the effect of your special ability the same for all opponents, regardless of their size? And since the ability doesn't and can't have unlimited range, you should just remove that part.
_______________________
Astral's favorite person. ^.^

Changed duration of Golden Wind to have specifics for size, and added a max range of 60ft, while Taru will almost always be using it in the 20-30ft range.