Insert Image Here
Type of Character: Dragon
Personal Info
Name: Sourite
Alias: N/A
Age: 13 (dragon years(?))
Gender: Male
Sexuality: Asexual
Personality: Sourite tries to be a charmer, however not in a flirtatious way, rather in a Prince Charming or fantasy knight way. Sourite is quick to disagree with things that don’t match up with his personal morals, however sometimes he may gossip without doing it intentionally.
Sourite is very protective of his friends, especially when another dragon is hurting them. He prefers to try to talk it out; fighting is a last resort.
He’s rather sensitive, and that’s one of his biggest setbacks; “you’re dumb” will have him thinking about it intently 8 hours later.
Though Sourite is sensitive, he tries to act relatively tough, because he doesn’t want to be as sensitive and thinks that ‘faking it till you make it’ works. There are many things that can get him in a rather awkward mood, such as trying to flirt, or act like a tough, pride-filled dragon.
He doesn’t really like to do ambitious things, however one day he hopes to become a dragon of many accomplishments. Sourite is a bit of a pacifist and would rather heal or do science/ magic compared to guard or fight. He has a large interest in magic, as well.
(Note: I made his personality like this so that I could develop him.)
Fears: Sourite has a deadly fear of mental isolation; having no friends or being isolated by them would deeply damage his mental health. He’s quite afraid of getting severely injured or dying, and has a slight fear of spiders.
Strengths: Determination to protect his friends and family, rather charming, honest. Sourite is also speedy, due to his Skywing heritage.
Weaknesses: Because of his reluctance to fight, Sourite is not very good at hand-to-hand (or claw-to-claw), and would much prefer a magic-based fight.
Mental weaknesses include sensitivity, reluctance to battle, and a tendency to make certain situations a bit awkward.

General Appearance
Height: 25ft (still growing)
Scales: Sourite has small, iridescent dark bluish-purple scales, that cover his entire body. The way his scales glimmer give off a purple, green and/or yellow appearance, which makes him stand out. His underbelly isn’t much different.
Eyes: Sourite has yellow, snake-like eyes.
Appearance: Sourite is an iridescent dark bluish-purple dragon. Unlike the rest of his body, his wings aren’t iridescent, but simply dark blue. He has hooked, cat-like claws and a slim, snake-like body. His face is a bit broad, looking a bit like a boa constrictor’s head, and he has two small, skinny, shiny dark stone blue horns coming out from the back of his head, and he naturally has larger- than-normal wings.

Skills and Abilities
Normal Abilities: (tell me if I have too many) Sourite’s natural abilities include the lightning breath and fast flying from his Skywing heritage, and a significantly weaker version of blending in with the darkness and night sky from his Nightwing heritage. Since his fast flying would be weaker due to being a hybrid, he can fly at around 85mph at max. Naturally, his lighting breath wouldn't reach as far as it would for a purebred, and the shock won't have as much shock either.
Special Abilities: N/A, but I'll most likely buy something for him later, when I have enough DP.
Combat Style: Since Sourite is afraid of getting injured, isn’t good at claw-to-claw combat, and doesn’t know much magic, he prefers to rely on his fast flying to dodge or confuse and the ability to blend in with the darkness, even if that’s rather weak and doesn’t work well. Along with this, he prefers to stay far away from the enemy and do sort of a ranged attack with his lightning breath.

Background
History: (gonna b quick) For the first few years of his life, Sourite was abandoned by his mother. He lived in a small cave, defenseless, until his mother found him, one day. Sourite didn't recognize her as his mother, due to having no memories of ever seeing her; naturally, he was confused, and his mother was heartbroken. Since Sourite had managed to live on his own for so long, he didn't really need his mother, as he could scavenge by himself.
When his mother left was when Sourite finally moved out of his cave, and now travels. He has no idea if his mother is still out there or if he has any siblings.
RP Sample: Sourite’s iridescent scales glimmered like a piece of treasure, even from in the area where he hid. His breathing was slow paced and shallow, his already big eyes widened further at the gargantuan, sleeping sight in front of him.
If he were to make just a sound, he was sure to startle the softly snoring dragon awake.
Light on his toes, Sourite slowly crept through the trees, until he was at the edge of the clearing the significantly bigger dragon was curled up in. He paused for a moment, seeing if the dragon had awoken, but nothing happened. He let out a relieved sigh.
Silently, Sourite backed up on his haunches, and lifted his wings, prepared for a fast flight through the air. He paused again, hesitating for a moment, out of fear that the dragon would come after him for disrupting their peaceful slumber.
But he shook away the thought of fear, reminding himself that he had to seem tough when he was scared. Then, with a jump, and a strong flap of his wings, Sourite took into the air with speed, the leaves on the trees making a loud rustling sound from the sudden force.
Sourite flew high into the air, until he got to a point where he decided to check if the dragon had awoken. He looked down, heart pounding slightly. The dragon had merely adjusted their sleeping position, despite most likely hearing the rustle Sourite had created.
He let out another relieved sigh, and took through the air, slower this time, but still slicing through, his wings in an aerodynamic formation. 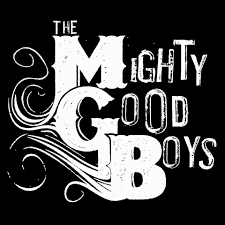 Not sure; based on what the character creation says, and how the abilities are usually weaker for hybrids, I'd say around 80 to 90mph??

Baldirak Sapiens Draco wrote:Yeah, that's about right for a 75% SkyWing. So somewhere in that 80-90mph range will be fine. Let me know when you've finished.

Approved. Don't forget to make your character list. All that is is exactly what it sounds like, a list of all your (approved) characters. You'll include a link to this list in the app whenever you make a new character. The list should be posted here: https://www.rpgdragons.org/f84-character-registration Would you like your username changed to your character's name?
_______________________
Astral's favorite person. ^.^

Baldirak Sapiens Draco wrote:Approved. Don't forget to make your character list. All that is is exactly what it sounds like, a list of all your (approved) characters. You'll include a link to this list in the app whenever you make a new character. The list should be posted here: https://www.rpgdragons.org/f84-character-registration Would you like your username changed to your character's name?