Type of Character: Human
Link to Character List Page: https://www.rpgdragons.org/t4860-wake-s-characters
Name: Elizabeth “El” Iolar
Alias: None
Age: 18
Gender: Female
Sexuality: Straight
Personality: El is a kind, intelligent person who is willing to help almost anyone who needs it. Like her father, she has a soft spot for dragons, and has even made friends out of some. She tends to be a bit stubborn, but will give in when given a good reason. She tends to be more reserved around people she doesn’t know, and will usually keep to herself in such situations. El also tends to be a highly driven, and while she tends to avoid fights, she will fight with all her heart if needed.
Fears: Being abandoned.
Strengths: El is quite intelligent, and is really good at calming people down. She'll also grown into quite the skilled swordsman.
Weaknesses: She often lacks common sense, and often worries.

General Appearance
Height: 5 ft 4 in
Hair: Brown
Eyes: Amber
Appearance: El is a fairly average looking young lady. She wears a reddish shirt and dark brown pants. She has medium length hair that she usually keeps in a ponytail. Along with this, she has a simple dragon bracelet.

Skills and Abilities
Skills El can speak the dragon's language. She’s also a skilled swordsman.
Equipment: She has a short Kukri sword.
Combat Style: El is one to very quickly get up close and personal, and try not to give her opponent time to react..

Background
History: Elizabeth Iolar, or El as she prefers to be called, was orphaned pretty much right after her birth. She was never really comfortable with the orphanage she was left at, and often found herself going of to explore on her own. On one of her trips when she was six, the girl was being picked on by a group of bullies. While she thought she was in trouble, a man scared the bullies off. The man, Súl Iolar, actually turn into something more for El, and gave her a home. Her new father not only gave home, but also taught her what he knew about dragons, including their language, and even took her with him to see some that he helped.

Despite occasionally traveling with him, Súl had not let her train to fight until about a year ago. While still fair green, Súl did let her get a blade. After getting her sword, she trained with her father's old mentor, Barski, and has managed to become quite skilled.
RP Sample: See Wake. 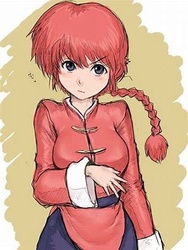