(I am going to do this in bio form ;D)
Full name: Noctura Mare Lunum
Nickname(s): Nock, Luny
Quote: " Silence can be both a friend and an enemy, it is yours to decide when..."
Species: Dragon, Sea wing and Night wing mix
Age: 7 years
Gender: Female
S,O: Hetrosexual
Musk of: Rain
Mother: Seaweed
Father: Duskwings
Sibling(s): Aqua, Seaglass
Appearance:
Noctura has a small build of 35 feet. Her scales are navey blue with light green specks under her wings. She has greenish blue optics that can rarely see in the dark, and when they do it is blurry. Her markings from the seawing side are dark green and cannot light up. She has a narrow snout, her wings are larger than a nightwing but smaller than a seawing and she has small, almost no webbing between her pitch black claws. Her tail is long, but not as strong as a sea wings, as with her fire, she can have sprays of fire lasting from three to eight minutes. Her gills  are deformed and only work for a minuscule amount of time under little or no pressure. She has a lean structure and large wings, this can be seen as an advantage or extremely awkward. The only telekinesis power she holds is from time to time she dreams and experiences extrem cases of deja vu. (Only ability at the moment is fire)
Personality:
Like most dragon's, Noctura has a temper, is an introvert, and dislikes most contact with others. However, she can be kind, caring, and respectful if you have the rare experience of getting to befriend her.
Likes and dislikes:
Noctura enjoys both the warmth from the sunlight, as well as the thrill of the sea. Her hobbies include hunting, fighting and fishing (her favorite food consists of tuna and cattle).
Accessories: She has small grey eagle feathers tucked behind her right ear.
Role Play Sample:
Noctura's deep blue wings blended into the dark night sky, the fresh and slightly salty wind blew around her as she soared, high above the brilliant blue of the ocean, seeming to last forever. Her odd, dark green-blue optics swept the vastness of the ocean, looking for a place to land. Her overly large wings beat faster and faster, as though a heartbeat, running off of the blood of hope, pushed by the darkness of fear. She was meddling on her visability when she caught a lighter, fresher scent of the ocean below her. One that reminded her of summer, meat, and satisfaction, it was land, vegetation, shelter, and food. Her stomach growled painfully, longing for the warm taste that only blood, true blood could satisfy. Fish was fine, but it was getting old, the young fae had stopped looking forward to tuna. The great blue fish only reminded her more of the taste of cattle and wild hog. She furiously beat her wings, eager to get to land. It had been days since the youth had slept, and even now her eye lids were drooping, heavy with fatigue. Finally she saw it, thick with green trees, swooping hills, and valley's, she could not believe her eyes, she must have circled around when she was flying, for she was staring at the mainland. She slowed to a stop and sluggishly made her way into the trees, if she was caught, she would become what she feared above else, encaged. She let down in the thickest part of the forest she could find, and lay down, content. She closed her heavy eyes, drifting into a deep sleep. 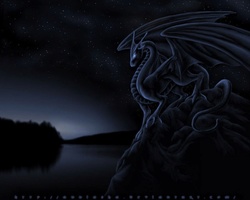 Hello there and welcome to DRF!

You have to post your character bio here: https://www.rpgdragons.org/f5-character-creation

You'll find the various character templates here: https://www.rpgdragons.org/t4665-new-members-guide-character-creation Use the the one for Dragons. If you have any questions please ask.

So dearly sorry... I was thinking of form joining... oops (What I get for not paying attention...) sooo yahhhhhh ;w;
RIP...

It's quite alright, no worries!