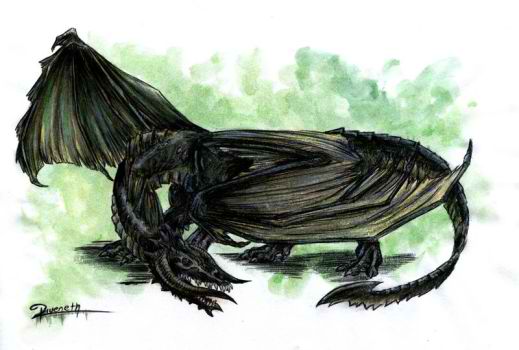 https://www.rpgdragons.org/t4862-rylatha-s-characters
Type of Character: Dragon
Personal Info
Name: Exodus
Alias: Anything you want!
Age: 75 years
Gender: Male
Sexuality: Heterosexual, but isn't interested in romance.
Personality: Exodus is a gruff, selfish, and cynical dragon, yet at the same time quite comical without him meaning to be. He only really cares about himself and gaining pretty things like jewels and trinkets, which he hoards in his home. Exodus never speaks of how he gained such wealth, although it is possible that a few come from acts of vengeance, as whenever someone wrongs Exodus, he seeks to take revenge. As said before, his head is often filled with cynical thoughts, sure that anyone outside his family is there only to take advantage of him. Due to this, Exodus does not make a good mate or friend. However, around people he trusts and cares about, this NightWing is fiercely defensive and does anything to protect them. Though he deploys tough love often, he always has his allies' best interests at heart and loves them unconditionally. Even after a previous friend has wronged him, there is still a place in his heart for them. Even though Amore betrayed him, Exodus still cares about her and would even like to see her again, although he hasn't forgiven her.

On the topic, Exodus does not trust nor forgives easily. He is more intelligent than he looks, and is sly and tricky. He often uses this skill in jokes whenever he's not trying to exploit others. That being said, Exodus has a sense of humor and often teases his loved ones.
Fears:
~Death. Who doesn't fear death?
~Losing his family
Strengths:
~Exodus is sly and manipulative, which can be used to exploit dragons. Really, it depends on the intelligence of the dragon he's trying to manipulate.
~Exodus is quite tough and has a high tolerance to pain.
~Due to his dark hide, he can blend in well within dark areas.
Weaknesses:
~Despite being intelligent, Exodus is quite gullible and will believe nearly anything.
~Exodus isn't really a good flier and has trouble making sharp turns and twists.
~Since Exodus is harsh, it is hard for him to make friends.

General Appearance
Height: 40 feet
Scales: The primary color of Exodus' scales is black, and the secondary is a shade of dull yellow.
Eyes: Yellow
Appearance: Exodus is a male dragon with a bulky build. His scales are very thick and overlap each other, all shaped like spearheads. If you run your hand one way down his hide it is smooth, but the other is rather rough. His underbelly, however, is a shade of yellow and a type of scale that is not as rough as the most of his pelt. The underside of his wings are a yellow as well.

Exodus' snout is rather narrow, and his sharp teeth can easily be seen. His head has long bull-like horns. Down his neck is the only web on his body, this one being a shade slightly lighter than the black of his pelt, and his tail ends in a sharp blade-like tip.

Tribe Information and Status
Tribe: Previously NightWing, but now Rogue
Inheritance: Pure NightWing
Rank: None.
Family: Undetermined
Mate: Amore was a previous mate, along with a female NightWing. Amore and Exodus parted ways, while Exodus is not yet over his NightWing mate, who had died. Although he doesn't show it, he is always grieving.
Hatchlings: Aero Dynamic, Eveningsong (daughters with Amore), Linus, Castiel (sons with Amore), Sting (daughter with an unnamed mate)

Skills and Abilities
Special Abilities:
~Exodus can breathe out a fog-like gas from his maw that gives dragons in a 15-foot radius fatigue. Like fog itself, it takes a bit for it to go into affect, so that would be 1 post. The fog lingers for 3 posts, and Exodus cannot produce the fog yet again for 5 posts after the fog wears out.
Combat Style: Exodus often uses his breath to make his opponents sleepy, and also uses his blade-like tailtip as a sort of dagger. It doesn't do much damage, but can probably give a dragon a light scratch. 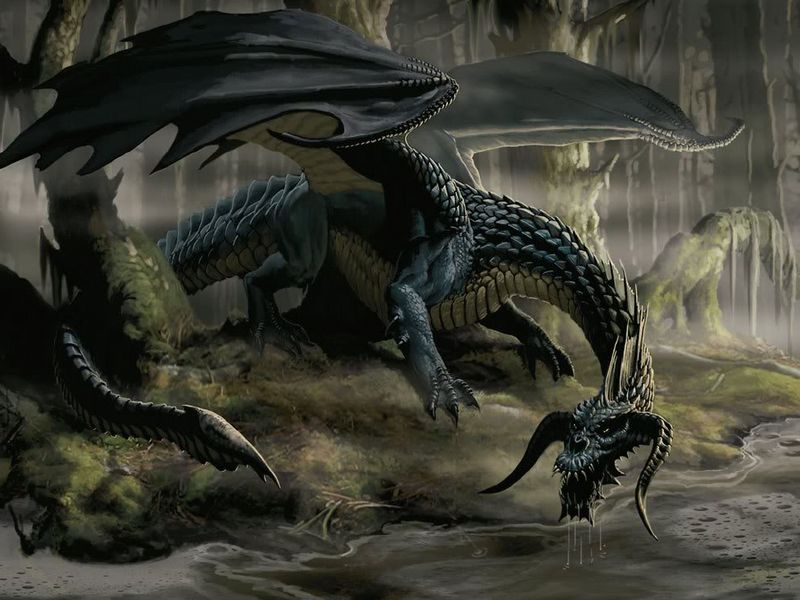 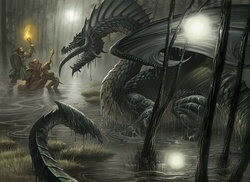