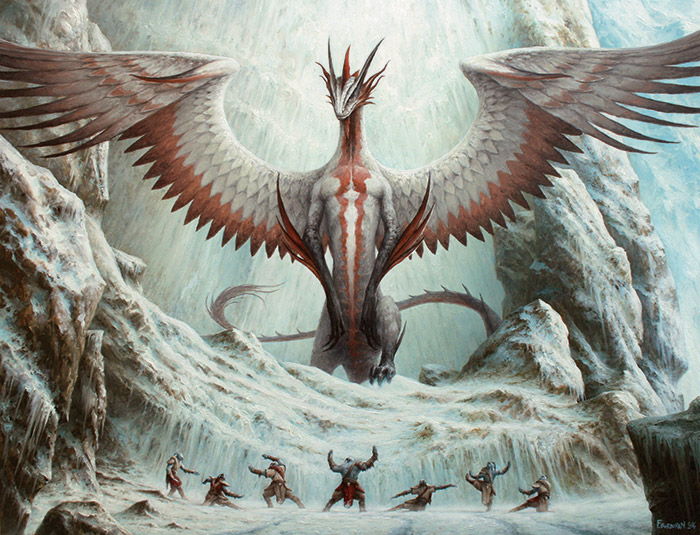 Type of Character: Dragon
Personal Info
Name: Castiel
Alias: Mr. Elegant, Fog Omen
Age: 52
Gender: Male
Sexuality: Pomosexual
Personality: Although initially, Castiel seems lighthearted, his true nature is maniacal, short-tempered, flamboyant, destructive, and cruel. He is a psychopath with no regard for any life nor remorse for the atrocities he commits, and revels in the suffering of others. He cracks dark jokes, breaks out into hysterical laughter upon causing mayhem, and his only joy is causing senseless destruction, death, and chaos. Castiel doesn't even consider destruction fun unless lives are lost in the process. Most creatures would agree he lacks self-control. He is ruthless, as evidenced by the carnage that follows him. Despite his insanity, he is high-functioning enough to plot revenge against others. He has no qualms with murdering many of his own species even for trivial reasons. It is implied Castiel is hated and feared by many creatures.

Castiel claims he is all-powerful, and intends to become a god, suggesting he suffers from megalomania. He is narcissistic, being fascinated with the image in the mirror and dressing up for mirrors. Castiel is a manchild, referring to fighting as "playing" and treating enemies as dolls to be toyed with.

What begins as a disregard for others life develops into nihilism.
He declares the lives of mortals insignificant finding no meaning in things like love and hope and seeks to destroy the bonds of existence itself. He finds the concepts of love and hope nauseating, and finds examples of finding meaning for life in a ruined world sickening.

Fears: Dying, Not becoming a god, Being found out.
Strengths: Flying: Given he has loved flying since he was little, he can out maneuver and out speed most winged creatures. His top flight speed is around 135-140 mph.

Intimidation: With his manic laugh, Castiel is like a living nightmare. He knows just how to spook someone to the point of total terror. He's also known for selecting targets and stalking them until they are driven to the point of paranoia. (Kinda like Slenderman)
Weaknesses:
His size - Anything taller than him can crush him.
His wings - They get in the way, making any close-up fights/running away on foot hard.
Grudges - He will go out of his way to get back at the person. no matter what

Skills and Abilities
Special Abilities: Castiel can emit a white fog from his mouth, much like his father's mist he can put creatures into a deep sleep. Thing is, Castiel can't just all of the sudden just blast the mist out of his mouth. Much like fog, it takes time to appear and spread all over. It only affects things smaller than him. Can cover a small town 5 posts to cover 20 meters. The deep sleep lasts for 2 posts. From the moment the target starts to inhale it (the post where the fog rolls in) it takes about 2 posts to 4 posts. That target starts to feel drowsy and begins to fall asleep. He can use this ability after 7-8 posts.
Combat Style: Doesn't have one.

Background
History: He was dropped as a child.
RP Sample: Tis I Titan 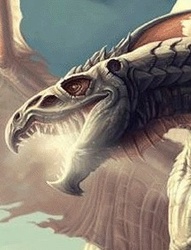 Well, firstly I'd like to point out that a half breed cannot exceed the height of the largest breed, which in this case is NightWing. The maximum height for NightWings is 40 feet, so you'l need to adjust you app to fit this.

As for speed, you mention you can outspeed many creatures, but for reference, I would say to put a specific speed. For more information on the top speeds of dragons, you can look at this:

Now, lastly, your ability. How long does it take for the ability to take effect once he releases it, and the opponent starts breathing it in? Make sure to portray this time in posts, so people can roleplay it accurately. For example, it takes two posts for the enemy to fall into a deep sleep, but they will start to feel sleepy after one, or something like that.
_______________________

Just a quick thing to add. Did you mean to say 50% SkyWing and 50% NightWing? If so, abbreviate SW to SkW instead, as SW stands for SeaWing.