I always felt like Kip was bland. Also I found this dragon picture and I felt it would make a great character! 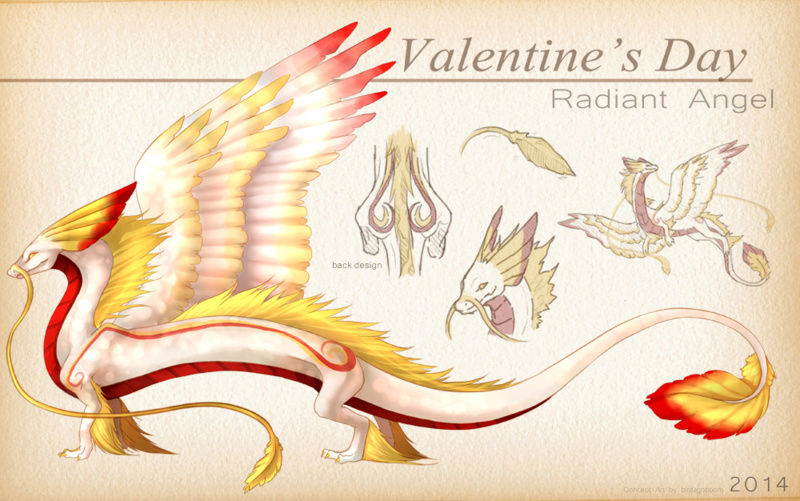 Type of Character: Dragon
Personal Info
Name: Kip Valtieri
Alias: Kip Kat Bar (made by Baldirak <3)
Age: 25 years
Gender: Female
Sexuality: Heterosexual
Personality: Kip Valtieri is a dragon who takes pride in her appearance. . . And what's so wrong about loving the way you look? Kip strives to keep herself looking pretty rad, yo. Because of this, she has grown a love of receiving compliments. Who doesn't like that? However, despite her pride, Kip tucks all that into her interior and is always sure to be modest when someone compliments her, may it be on her looks or skills.

But that doesn't cover all her personality. Ha! You thought I was done? This was only an aspect of Kip's character. Let's move on and analyze how she acts around others. Some say that there is no 'in-between' of being introverted or extroverted. You are simply one or the other. If that's the case, what is Kip? I honestly can't decide for myself, so see for yourself! Kip doesn't mind interacting with other dragons and may even crave some conversation, especially after being alone for an extended period of time. However, there are times when she prefers to be alone. When dragons invite her to hang out, Kip may not want to sometimes. This is when a small fear of hers comes into the light: saying "no". This can lead to a mess. Kip doesn't want to decline an offer to chill out just because she doesn't want to. What if that hurts someone's feelings? So, Kip lies.

Hey, I know it looks bad, but look at it this way. We don't want a Mary Sue character with all positive traits, now do we? This is a bad habit of Kip's: lying to get out of these situations. This often leaves this dragon with a guilty conscience, and a fit of anxiety of whether the victim will discover her lie. It may seem like a tiny lie, but Kip makes a big deal out of it. This may seem like she is untrustworthy, and Kip knows this, which is why she is sure to be secretive about it.

However, through this bad habit, a good trait is shining. Kip is considerate of how other dragons feel and has a desire to help those in need along with the fellows who aren't so fortunate as she is. This dragon is enthusiastic around sad dragons. However, she isn't really good at this and her enthusiasm can come out awkward, which can create an uncomfortable atmosphere, which isn't her intention.

When it comes to her study, Kip is a no-nonsense type dragoness. She doesn't fool around and can get cranky if someone were to interrupt her. She also doesn't like being asked what she considers 'dumb' questions when she is busy, but whenever she isn't stressed out she is happy to answer any inquiries. Kip gets very passionate about her studies. She also enjoys encouraging other dragons when she is super pumped. A thing she gets triggered about is when people whine like "b- but that's impossible!". After all, a sure mark of a fool is marking anything outside their circle of experience as impossible.

Otherwise all of this, Kip is generally a kind and patient dragon. Just don't bother her when she's at work! She may bite, hehe!!

((dont worry ppl, that's just a code! { USERNAME } without the spaces! Just saying it now before people get scared that I'm calling them out. <3))

Personality Flaws:
~Has a bad habit of lying to get out of things
~Can get snappy when she's busy, which means she can say something she may regret
~Kip can be socially awkward when she tries to be enthusiastic.
~Can focus a bit much on her looks, which can distract her from more important things
Fears:
~Saying "no"
~Others discovering she is a liar
~Upsetting the gods
~Caterpillars
Strengths:
~Kip has gotten good at telling lies, although she hates admitting that. It makes her feel like scum.
~Kip loves to fly. She has gotten decent at doing flips and other tricks in the air, although this isn't helpful in combat.
~This dragon is like a walking history book! She mains her study on learning about deities, so she knows a lot of facts about the gods on the top of her head. Nothing personal, but more about their worship.
Weaknesses:
~Kip is more of a historian than a fighter, so she is useless in a battle-oriented Tribe. She cannot defend herself at all.
~Having a white hide and bright colors to compliment it, Kip has a hard time staying hidden. It is always her tones of bright red and yellow that give her away.
~Kip isn't the best at math.
~Kip has a hard time in the dark. She can't really see, and has a tendency to bump into things.

General Appearance
Height: 55 feet
Scales: White with a red underbelly. The white majority has a sheen to the scales, which are smooth all over. A little bit of yellow.
Eyes: Yellow
Appearance: Kip is a Chinese Dragon which flaunts the three colors red, yellow, and white. Her whole body is long and slim, including a long tail and neck. Her legs, however, aren't as long to match but that's okay. Kip can still walk and run, but she stands close to the ground. Her legs, along with the back of her neck and a part of her back, have long golden hair that adorns her ankles and knees. Unlike her neck and back, they can drag the ground, which means they have a tendency to collect more dirt. Yuck!

Kip has large feathered wings that are white like her body, but are tinted with shades of red and yellow. Her long tail is tipped with feathers as well to match, but these are more of a golden shade with a red tinge at the tips. Feathers adorn Kip's head as well to make up for her lack of horns and ridges. They take up the place of her ears, and are like her tailtip: yellow and red. She also has two very long whiskers that are gold in color and are tipped with feathers.

Almost done! Kip has a swirl design on her back which starts at her front upper legs and ends at her back thighs. The primary color of the marking is crimson, with a little bit of yellow at the curves.

Tribe Information and Status
Tribe: Rogue
Inheritance: 95% LightWing, 5% FireWing
Rank: Rogue
Family: All of Kip's family is in the LightWing Tribe, alive and well as far as Kip Valtieri knows. She may have some FireWing relatives, but she was never certain.
Mate: None.
Hatchlings: None.

Skills and Abilities
Special Abilities:
~Kip can call on her FireWing heritage to summon fire breath. Due to the majority of LightWing blood, however, Kip's flame isn't nearly as hot as purebred FireWings or dragons who have a larger amount of FireWing blood. It takes Kip five seconds to prepare and shoot out the flame, so it doesn't happen right away. It can shoot as far as 15 feet. Kip never uses this to harm others, but as lighting. For example, she may use it to light a torch.
Combat Style: Kip doesn't have a particular fighting style, as she doesn't engage in combat often. However, if she had to fight, she would hiss in an attempt to scare the opponent away. Then. . . RUN!

Background
History: Kip was born in the LightWing Tribe. Ever since she was small, she had a fascination with the much more powerful dragons we call gods. Her family, who didn't believe in them(they only saw gods as dragons who only had special powers than creators), told the LightWing that she could either pick up another lifestyle or leave. She moved to the rogue lands and found a habitat where she can set up a study. Kip was 18 then, and she hasn't regretted her decision.
RP Sample: Rylatha!! <3