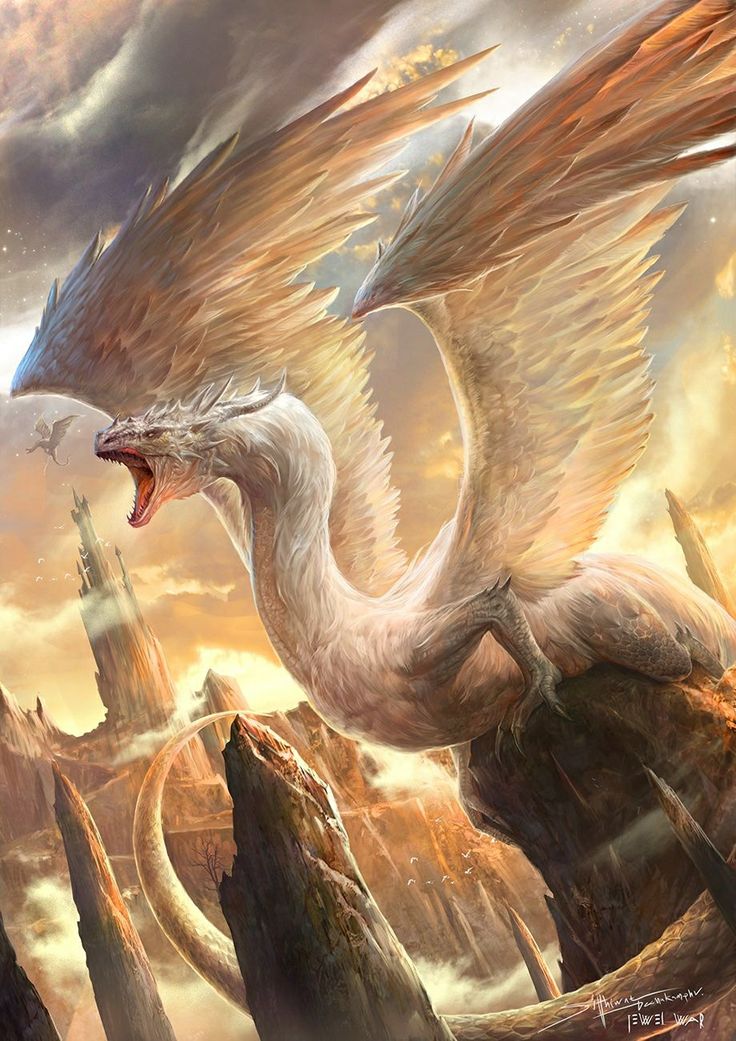 Although not my ideal photo, it's something that is of in similarity to her description.
Type of Character: Dragon
Personal Info
Name: Dionysia
Alias: Dion
Age: 24 Years
Gender: Female
Sexuality: Pansexual
Personality: With a phlegmatic disposition she upholds a stoic appearance. Laconic, the beast speaks very little unwilling to fully express herself within the midst of those whom she knows very little or even display a sourness in the presence of strangers. However, once trust has been well earned the creature is possessive in nature, the thought of close friends off with others sends a cold prickle throughout her solar plexus. Nevertheless Dionysia will forever devote herself into those she cherishes the most, vowing to lay her life down if such is required of her.
Fears: Bathophobia, Philophobia
Strengths: Agility, areal combat
Weaknesses: Separation, ground combat, swimming, scarring that provide easy targets in battle

General Appearance
Height: 25ft
Scales: Glistening smooth white scales line her bodice. Subtle rosy pigment rimming her eyes, nose and the joints of her limbs. Although soft to the touch, they are extremely hard making perfect armour which proves hard to pierce.
Eyes: Sclera's are solid onyx, the iris a milky blue whilst the rounded pupil itself is white
Appearance: Dionysia's anatomy is slender and lengthy, neck lean upholding flexibility. Her visage and snout is sleek with subtle ridges protruding along the top of her muzzle, her chin has grown a few small spikes. At the top of her skull on either side is elongated white antlers resembling her Chinese lineage. An array of spines starting from the base of her cranium ride all the way down to the end of her tail, they can either lay flat against her figure or flare upon will. Her wings are her power, their base begins as scales before gradually growing white feathers that blanket the pair of appendages. Tuffs of silky white fibers have sprouted at the wrists of her four limbs adding the elegant appearance Dionysia upholds. But she is marred, gnarled pink scars etch into the right side of her visage narrowly grazing just beneath her ocular. Chest and shoulders too have been etched in massive scars, bright against the contrast of her pale scales.

Skills and Abilities
Special Abilities: Thick fog seeps from Dionysia's mouth enabling visibly to be reduced. This provides stealth attacks in combat or hunting. It can last for 15 seconds in total before dispersing.
Combat Style: She flies above most using the sun as her shield before dive bombing on her foes. Skilled at areal maneuvering, she uses agility to twist and spin in order to gain the upper hand.

Background
History: WIP
RP Sample: Mandible unhinged, gaping as a yawn seeped past the powerful jaws which had ultimately publicized elongated fangs that protruded forth from healthy gums. Their yellowing surface glazed in a thick layer of heated sputum which had recently been applied by a prior swipe of her soft muscle within before they fell shut. Nostrils expanded, flaring to expel a snort to bothersome flies humming amongst her nares. Their petit bodies and limbs tickling the ridges of her nose causing labiums to elevate revealing the irritation that begun to stir. The beast was in the midst of relaxation, her pale anatomy delicately strewn upon the hard masonry of the Cliffside; soaking up the suns rays that beat down upon the Earth. Lengthy empennage curled around her hind appendages, it's tip flicking against the stone sending pebbles in her wake. The sudden prick of nips of hungry flies amongst her scar tissue sent her head to crane sharply, bending to bring her skull towards the sensations that danced against her left shoulder. Another snort would emerge from her passages, knocking the insects away.

To no avail, her eerie gaze flicked to the small flies eager to return. Her snort had done nothing. Perhaps it relaxation time was over for the time being. Esophagus reverberated with a low groan as the pale beast would hoist it's weight to all four limbs before fully extending her feathered wings outwards from her physique. The stretch eliciting quiet clicks and pops as her bones shifted within her, a sudden chill of delight snaking its way through the entire length of her protoplasm. Elevating her wings, they came down with a few beats stirring dust and debris from the stone surface. Claws curling over the lip of the jutting stone, her body coiled before launching forwards enabling herself to fully free fall. The beast gained immediate speed as gravity eagerly hauled the falling weight downwards, flooding it's belly with nothing more than sheer excitement and delight. Briefly before impact was made her wings extended, her column craning upwards her frontal limbs scraping at the air hoisting the upper region of her body upwards causing her to reduce speed nearly immediately. Another beat of her titanic extremities she was aloft, soaring through the air. Gusts of wind grazed against Dionysia's scales, caressing her feathers.

The air was her home, her sanctuary that seemingly never ended. It was her freedom. It belonged to the beast as she belonged to it. Unhinging the mandible once more coaxing forth a rumble from the depths of her chassis. As it expelled over the surface of her tongue, a bellowing roar pierced the air the very noise sending vibrations to skitter along her scaled neck. 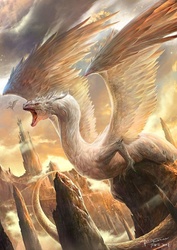 I dont see anything wrong with the app, I will say you need an rp sample though so others can see how you rp.
_______________________
Bassasail, SeaWing Guardian
Attor, Starlight Sovereign
Gemna, The Last IceWing Scholar
Ragnarok, EarthWing Adviser
Abbadon, Hildrhilts Hatchling
Incus, Demigod of Fire
Malek, EarthWing Scout
____________

I dont see anything wrong with the app, I will say you need an rp sample though so others can see how you rp.
_______________________
Bassasail, SeaWing Guardian
Attor, Starlight Sovereign
Gemna, The Last IceWing Scholar
Ragnarok, EarthWing Adviser
Abbadon, Hildrhilts Hatchling
Incus, Demigod of Fire
Malek, EarthWing Scout
____________

Bassasail wrote:I dont see anything wrong with the app, I will say you need an rp sample though so others can see how you rp.

Of course! I'll write one up today once I obtain more time. Please let me know if there is anything else that I need to edit at all and I'll do so as soon as I can.

Aight, you should be good to go unless the other staff have anything else.
_______________________
Bassasail, SeaWing Guardian
Attor, Starlight Sovereign
Gemna, The Last IceWing Scholar
Ragnarok, EarthWing Adviser
Abbadon, Hildrhilts Hatchling
Incus, Demigod of Fire
Malek, EarthWing Scout
____________

One thing that could use a bit of clarification, how is separation a weakness?

Separation anxiety, basically. Once close bonds form and they happen to part in some shape or form it hits her hard. Eats away at her.

If one believes it still doesn't fit well I can edit it to something else.