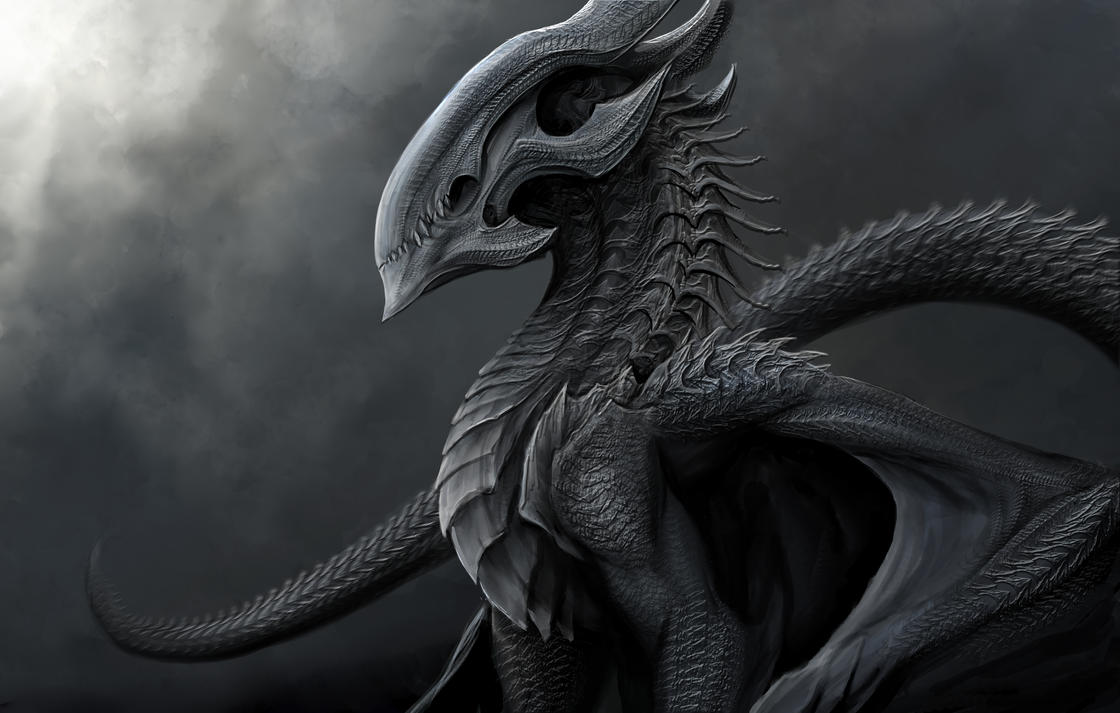 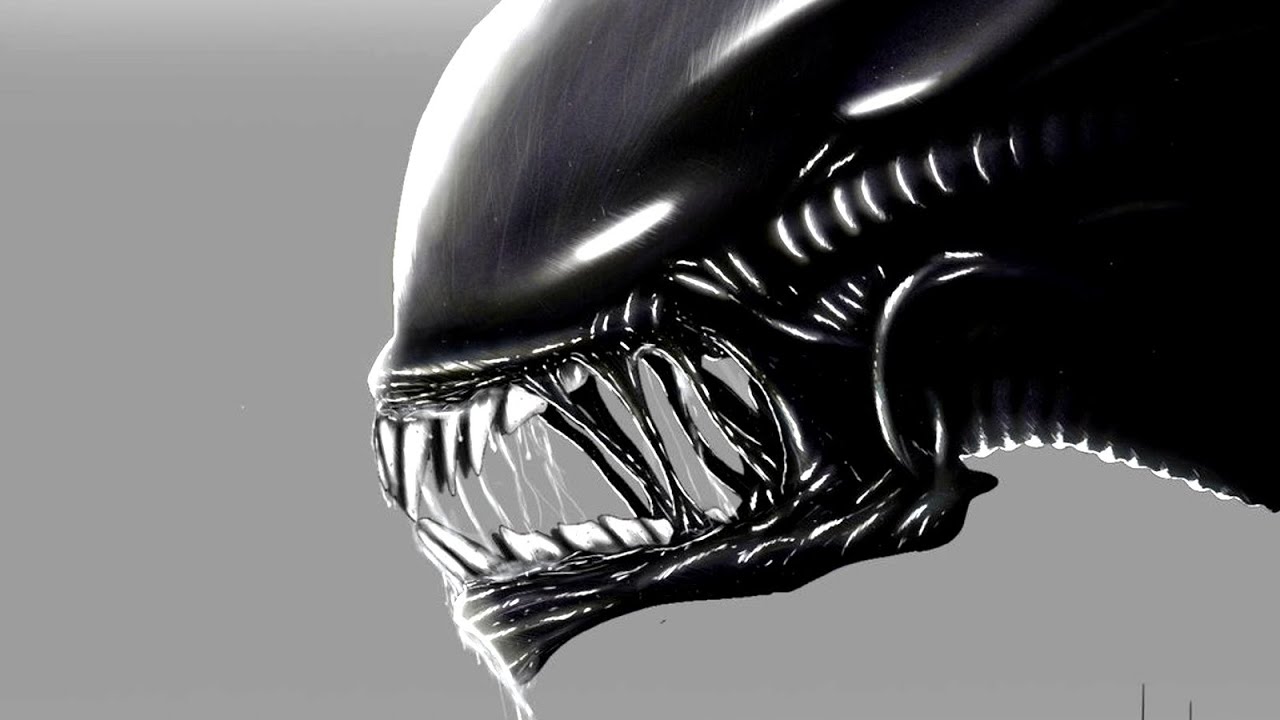 Personal Info
Name: Midnight
Alias: Twilight Devil
Age: 570
Gender: No Gender
Sexuality: Asexual
Personality:
Although Midnight is extremely intelligent, it is also extremely difficult to communicate with.  Many believe Midnight is just a mindless beast, and others usually become frightened because they sometimes simply don't understand it, which is usually why it stays silent.  The words it speaks, when it does, are muffled by a bizarre echo.  It's not like it cares about socialization, anyhow.  It wanders about the map, typically going weeks without eating or sleeping.  It is trying to be more sociable, although It belongs to the Nightwing Tribe, it wants to get to know someone as a friend, someone who would not judge it or feel fear from it presence.  It is gentle deep down, but only thinks about itself.  It doesn't know how to cope with its loneliness, sometimes, but usually enjoys solitude.  It is dark, and depressing, but means well.  It is a very confused dragon.

At the break of twilight, Midnight changes form to a bizarre, black dragon with an elongated, shiny head infamously known as the Twilight Devil.  Midnight has no recollection of what happens during this transformation, because of it's alternate personality change.  It does however know this happens.  The Twilight Devil definitely is more of the mindless beast.  It has become a sort of by product of not sleeping, and this is it's way to compromise, literally while the Twilight Devil roams, Midnight is aware, and its vision is like a lucid dream of echolocation.  It will eat during this time as well.  At Midnight its form returns, and it is again up though the night and day.  Midnight's name used to be Twilight, but since its condition, it introduces itself as Midnight.

Interests: Solitude, travel, scenery
Dislikes: Dragons and people, eating, sleeping
Fears: That its condition will hurt it in the long run

Skills and Abilities
Strengths: As midnight, it is very strong, and unyielding; and, as The Twilight Devil, it is very quick and nimble.  He is accurate as Midnight.
Special Abilities:

Chaos Shadow Ball:  Midnight or The Twilight Devil can spit dark energy balls from its mouth, about three per post, which explode upon impact.  They are very fast and about 5 feet in diameter.  They travel at a velocity of about 40 miles per hour, which is also how when shot they make a powerful, chaotic boom.  The explosion radius is about 10 feet in diameter, and has a blueish glow and is moderately powerful like a cherry bomb.

Transmogrification:  At twilight, its form changes from a normal looking dragon to something much more sinister with four wings and three tails, reverting to its normal form at midnight.

Weaknesses: He weaker to fire and light based attacks, plus if it is hit by Light or Fire based attacks, its body becomes transparent and phased as it's damaged, indicating he is weak to it.

He is often tired, so its stamina is poor.
Combat Style:

As Midnight:
He doesn't do a lot of evasion, he likes to charge head on and bash its skull into the opponent.  But first he will keep distance shooting its Chaos Shadow Balls.  He will try to fiercely grip the opponent and shoot its Shadow Balls from close range.

As The Twilight Devil
He will likely evade the battle, this mode is more instinctual seeking food, and compromising sleep.  Though if he must, he will be elusive, hide in shadows if there are any, and keep its distance while he shoots Chaos Shadow Balls.


Background
History:  Twilight was a very social child, but when it lost its family and friends in a war, it became introverted.  It left its home to evade its own death at the age of 13, but as isolation sank in it began not eating or sleeping.  By the time he was 27 he started noticing peculiar events...  like mutilated deer or humans or dragons after Midnight, and not recalling any awareness during twilight.  It changed its name to Midnight since it could no longer exist at twilight.
RP Sample:
It was a cold late afternoon just outside a cave in Nightwing territory, Midnight looked yonder the horizon upon the rogue lands.  It sat silently, pondering the soon inevitable to come.  It thought it was probably best to make it easy for itself when it changed to give its alternate self easy opportunities for food, and protect the fellow nightwings from itself nearby, like it did all the time around this hour.  It leaped off the edge of the cliff and glided down towards the land below.  Trees eventually passed beneath its sights, it then dove, landing in a field.  Its land was heavy and made the ground rumble, by now it was just starting to get darker.  It twitched its head, as it felt like it was falling asleep as its form began to mutate into the infamous Twilight Devil.  The beast bolted into the woods after an animal of some sort, and mercilessly shredded it to bits, consuming large chunks of its flesh whole.  The beast fled deeper into the woods, screeching its echolocation searching for more and more.  It saw bats fluttering in the twilight rays dwindling past trees, though it did not notice the light.
Their echolocation was overwhelmed by the dramatic screech of its own and fell to the ground, flopping.  The beast, angry and chaotic, threw the bats against trees, and stormed deeper to a stream, and stood atop the stream, underneath the moon filtering from above.  Finally it was dark enough that the effect began to wear off.  It screeched and shouted, panicking like it was going to die, it then mutated back from its horrifying self.  Midnight found himself lost, so he began tracing the steps out of the woods, leading him past scratch marks, dead bats, and a mutilated deer, until it found itsself in the field again.  It flew back to its perch, where it stood on guard through the night.

So ahh, do you guys still need two approvals? Can I be moved to approved NWS have a badge for Nw guardians and color change?

One more thing before the full approval. How fast do your dark energy balls travel and about how much explosive power do they have?
_______________________
I'm a super cute and cuddly little Dragon Cat who loves spaz fish, dragon nip, humans, and being called cute while I'm being scary.

Yes I did. But I was hoping you wouldn't go for 100. 75mph is still too fast. Like I said, it shouldn"t be so fast that your opponent doesn't have any time to try to avoid it. 40mph is perfectly reasonable.