Personal Info
Name: Aquaria Peoballen [Uh - kueh - ree - uh / Pee - oh - beh - luhn]
Alias: Aqua, Aquaria, Aria
Age: 75; appears to be in her 30's
Gender: Female
Sexuality: Straight
Personality: Aquaria is a very practical dragoness, relying purely on logic and facts. She doesn't believe in myths, and dismisses ghosts and demons as superstitious nonsense created by someone who had nothing better to do. Aquaria's practicality leads others to believe that she's a boring SeaWing to talk to, but she's actually a rather interesting individual, with many layers of her personality to be discovered. On the outside, she appears neutral, responding when talked to but rarely bothering to chat up someone. She tries to stay out of others' way, and just goes about doing her own thing.

However, on the inside, Aquaria is a box packed full of contradictions. She is very emotional, and can get upset over the smallest of matters; yet at times she feels emotionless. She is kind and caring, yet behaves with hostility towards newcomers. She craves attention from others, yet feels uncomfortable and awkward when others look at her.

All these are on the inside, and rarely will Aquaria let others glimpse how she really is on the inside: awkward, and most certainly not cool-headed like how she acts on the surface. She is well-known for her healing skills, and doesn't want to ruin her reputation by letting everyone know how insecure she really is. She lets insults get to her easily, and her self-confidence is easily shattered.
Interests:
~Tide pools
~Swimming
~Watching the sea and the way it rises and falls with each wave
~Wandering around on the beach
~Chasing after aquatic animals
~Whirlpools; on the rare occasion that she finds one, she would dive into the whirlpool and get swept round and round until she's giddy
Dislikes:
~Those who insult her kin
~Being forced to stay on land during a hot day
~Having to stand in the heat of the sun for a longer than necessary
~Doom and gloom
Fears:
~Being separated from water permanently

General Appearance
Height: 45 feet
Length: 93 feet
Wingspan: 100 feet
Scales: Sea blue
Eyes: She has heterochromatic eyes; her left one is Prussian blue in colour, and her right is a deep shade of navy blue 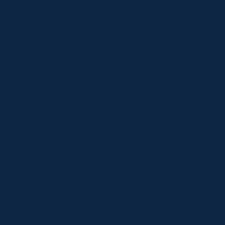 Appearance: Her head is not long and elegant, but is instead rather short. Her maw is large, though, and can open up wide, revealing her several, needle-like fangs: small and thin, but extremely sharp. Her chin is decorated with two long spikes, the one all the way in front slightly longer than the one behind it. The back of her head, unlike most dragons, have no large horns, but is rather decorated with several small spikes. Her wings, a lighter shade of sea blue, are made out of hard, stiff skin, narrowing into sharp spikes at the edges. Her wings are more useful as weapons than as tools for flight, as they are pretty heavy. Protruding from her chest are several spikes, similar to the ones on her chin, but her chest spikes are considerably longer and thicker. They start at her chest as large, spiky ones, but grow smaller as it nears the middle portion of her belly, where the row of spikes eventually come to an end. While her neck is bare, spines appear at her back, each connected by a delicate membrane. Unlike her chest spikes, which stop at the middle portion of her belly, the spines continue until the end of her tail, whose tip is decorated by hard skin in the shape of a fan. The "hard skin" mentioned is similar to the skin at her wings, and they share the same colour as well.

Mate: Patiently waiting for one to appear
Hatchlings: She won't have any until her mate appears

Skills and Abilities
Strengths:
~She has the patience required of a Healer
~Her streamlined body and muscular limbs are built for swimming. She can reach up to a speed of 100 mph underwater, but it consumes a lot of her energy, leaving her drained and vulnerable to underwater threats afterwards; because of this, she's rarely seen swimming at that speed, and is instead seen doing underwater maneuvers just for fun
~Her scales are thick, providing good protection for her
Special Abilities:
~Water breath. Like most SeaWings, she can eject large amounts of water from her maw, which can reach as far as 20 feet. She can control the amount of water released, and her water breath has both healing and damaging properties. Released in small bursts, the water will heal small cuts and bruises, but is ineffective against major injuries; however, if it is released in a large torrent, it is often strong enough to stun enemies and knock them off their feet. She can use this ability any time she wishes to, unless she's deprived of water, energy or both.

Underwater, this ability helps pushes water towards her target, sending them back a few feet and stunning them at the same time.

~Ability to breathe underwater. This is simple enough, so I won't explain it.
Weaknesses:
~Her large, bulky body is built for protection against external threats and not speed
~She is easily stressed by sudden changes in surroundings
~Strangers intimidate her
~Standing in the sun for too long shortens her temper and also weakens her water abilities
Combat Style: Dodge, dodge, feint, use water abilities, attack, retreat, attack again, dodge, feint, play dirty.

Here's my Dragon Cave scroll. Please help grow my dragons and hatch my eggs.
PinkSaphira's Dragon Scroll
(All my babies and eggs are at the bottom.)