[b]Alias: 'The Virus'
[b]Age:27
[b]Gender: Male
[b]Sexuality: Heterosexual
[b]Personality: Ginadru is kinda cocky when it comes to fights, but he can usually win those fights with ease. He is mostly looking for fights, he can be a great conversationist as well, talking about his looks at times.
When the time comes for fighting, he has been known to have truly no emotion, but still feels the pain of wounds.

If he gets the chance, he would usually open himself up for attacks, insulting his enemy.

Basically, he is a great deal of everything.

One more thing, is that he VERY rarely cries.

[b]Fears: "I fear nothing!" (He fears losing his touch of fear bestowing.)

[b]Height: 65 feet
[b]Scales: Midnight Black
[b]Eyes: Both a demonic haze of red
[b]Appearance: He has two curved horns, he wears a set of indestructible black shades, he is sometimes seen wearing a hood, and usually always wears his glasses. And he carries many knives

[b]Mate: "No female is of my liking."
[b]Hatchlings: "Hmph. Little bundles of annoyance..."

[b]Special Abilities: He has very odd abilities. He has immense speeds that allow him to reach point A to point B in seconds. Its like teleportation, but at the same time, he never leaves the ground, like an astral image.
He has two other forms. One, where six mandibles protrude from his mouth. The second one, is where he can shoot a tentacle out of his hand, infecting the dragon with a deadly virus that slowly kills them from the inside.

[b]Weaknesses: His speeds has some faults in it. He can only take on two combatants at a time while using it, leaving him open fir a third one. And projectiles can hit him, if they are spaced in enough, or if there are enough being shot at him.

His forms are different. His mandible form causes him to lose all sanity and intellectual being, making him a blood thirsty killer.

His tentacle form lets him keep his sanity and intellectual being and allows him to take more punishment than normal, he is slower than usual, meaning he can't use his speed to fight.

[b]Combat Style: When about to fight someone, he usually talks to them for a moment before throwing his glasses at their face, causing a distraction, allowing him to discreetly use his speed to hit them in a critical spot, such as the throat. 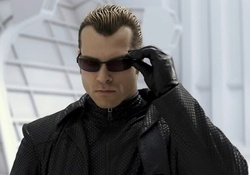 You're going to need to change all of this. First of all, this rp site is set in the medieval era, so your character can't have sun glasses. Second, your character appearsto be human and there are no playable Humans here, only Dragons.

Next, your character has "immense speeds that allow him to go reach point A to point B in seconds. It's like teleportation, but at the same time he never leaves the ground, like an astral image." This is way too fast for a NightWing, and not even a SkyWing, which is the fastest Dragon we have, can move that fast. That would be a full God power.

His alternate form which allows him to infect a Dragon with a virus that will slowly kill then from the inside... I don't believe this would be allowed, especially given there is no mention of how this actually works and how easy or difficult it would be for another to avoid it.

Now, here's what you need to do:
1.Your character MUST be a Dragon
2.Your Dragon's speed needs to be much slower than it is now. A reasonable speed for a NightWing would be 80mph. Anything over that without some SkyWing heritage is too fast. Keep in mind that the acetate full blood SkyWing can reach about 200mph.
3. You need to redo his alternate form involving the tentacle. The tentacle cannot inflict a Dragon with a deadly virus that will eventually kill them. It can, at most, make them sick, the severity of which might be determined by their size. Also, do the mandibles serve any purpose?

If you have any questions, please ask.

Okay. First off, He isn't human. I just picked the picture, if you got that idea from there. Second, I never knew there was speed limits, so tganks for clarifying that. It sucks I can't have sun shades though. And I can change the virus. I thought of it right after I posted this. It just leaves holes in the dragon's skin, as it disolves scales based on where penetration or contact under the scales have been made, leaving it open fir infections. It also spreads a sever sickness through the nervous system, not shutting the body down, but it can sometimes cause illusions, hallucinations, and can rarely cause a critical organ failure, but chances are 3/10 of that happening. There IS a cure for it, but Ginadru carries the vials of it.

And the mandibles give him increased strength, to where he can take more pain than normal.

I may have forgotten to add his heritage and I may have went a bit overbroad with the speed thing. I REALLY liked Albert Wesker(my profile pic) at the time. Thank you for clarifying any problems with my character. (He is my alt, btw) 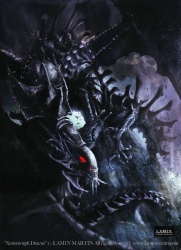 Posts : 157
Reputation : 0
Location : I live wherever I please, at the moment

I got the idea from reading your app, but using a Dragon pic might have helped.

Anyway, bump when ready. And you're welcome.

You also need to include the inheritance of your dragon-there is a section in the character template just under tribe where inheritance is meant to be stated. Inheritance explains what genetics your dragon has, what percent they are. For example, your dragon could be 50% NightWing and 50% SkyWing, but still, that wouldn't allow you to move at the speeds that you are proposing in your teleportation. The only ones who would reach those speeds are children of Astral/Celestial and the SkyWing semi-god. 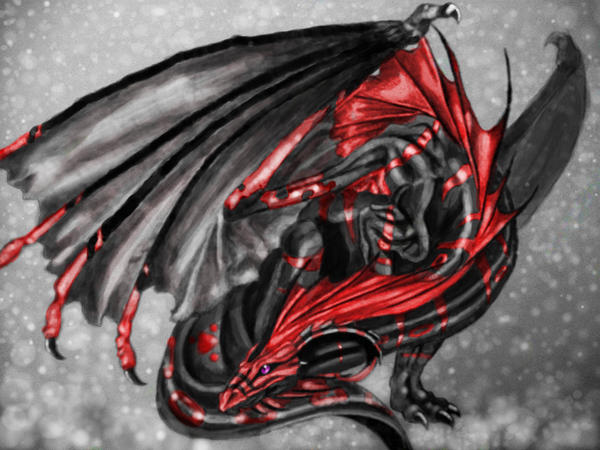 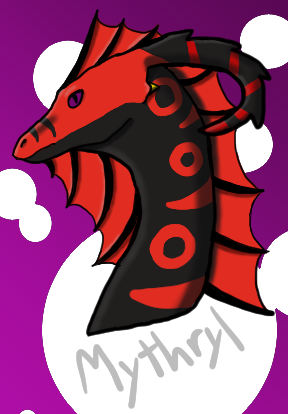 In my own words, I am abandoning Ginadru. I wish to have him deleted or deactivated. He only wasted my time. I only made him, because I was going through a phase of liking Albert Wesker from the popular game series, Residant Evil.

Posts : 157
Reputation : 0
Location : I live wherever I please, at the moment