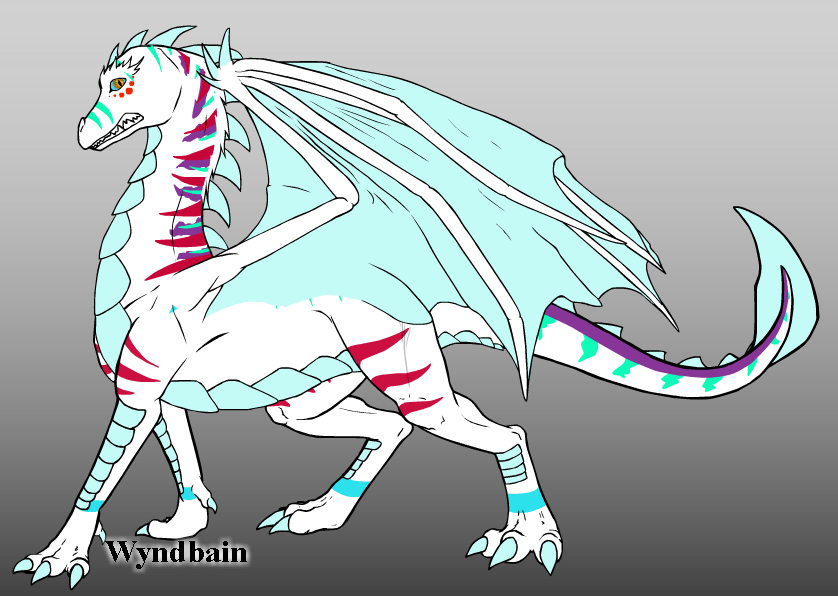 Personality: Orion is kind and selfless. However, he isn’t afraid to be enemies. When Orion was younger, he was bullied for his colors, which lead him down a path of hate towards bullies and other people of high social status. If someone were to describe a conversation with Orion, most would mention his vocabulary or that he wouldn't stop talking. He loves telling others what he knows, and he can't help sharing is opinion. In most cases, Orion is everyone's best friend, but in the case you anger or hurt him, you may need to find a good hiding space in the sky. Orion is not one to trifle with, and any hostility could result in an enemy for life. He doesn't hold grudges, he just gets payback. (Maybe a little bit excessive on the 'payback')
Interests: Exploring, science, magic, mechanics, and anything curious. Letting Orion get too close to your new toy could mean the end of it. His curiosity goes beyond killing the cat, and his delving into magic tends to worry others, but as far as he is concerned, all’s good if all is good.

Dislikes: Bullies and power figures. If anything or anyone gets in the way of his curiosity, he will fight it, and even destroy it.

Scales: Naturally, they are mostly white, with bits of blue, purple, green, and red, but commonly they are the average color of his surroundings.

Eyes: Baby blue, with flecks of sunset orange near the pupil.

Appearance: Orion is a quadruped. He has a lithe figure with not much muscle. His wings are not as developed due to his fear of being in the open, and therefore flying in general. He is about 84 ft. long from head to tail, with an average sized tail spade.

Strengths: Orion is very nimble and swift on the ground, and has terribly powerful keen sight when looking for an opening or weak spot, so in battle he would be able to see if someone is tired, or weaker in a certain area, or even not guarding an area well enough. In addition, Orion has a knack for how things work, which has led him to being an engineer of curious things. anything from toys to weapons made of wood, Orion has thought of it all, and he is always looking for more ways to have fun.

Special Abilities: Orion has an ‘Active Camouflage’. His scales naturally blend to the general color of his immediate surroundings (in the forest, he would be a dull green). however, this is only possible if he is within very close proximity to something that is generally monotone. Should he be farther than 5-8 ft away from the underbrush or foliage, he would revert to his original (and in his opinion, ugly) scales.

Weaknesses: Orion’s natural camouflage is useless, and he reverts to his natural colors, when he is not near anything or if his surroundings are full of contrasting colors. In addition, contrasting colors give him headaches and disorient him, and if he feels any strong emotions (love, embarrassment, hate, fear), he turns a bright red and can even start to slightly glow (in strong cases). Other than his flaws involving camouflage, Orion is an overall small dragon, with not much strength, and stamina that would barely last him a sparring match. Orion's survival is purely dependent on his ability to stay under cover.

Combat Style: Orion is not a very strong dragon. His small form and quick feet give him a peculiar edge, however. He fights by dancing and twirling around his opponent in a dance like fashion, until he eventually tires them and finds their weakest point to strike.

History: Orion grew up a rogue, but never got the opportunity to live the rogue life. A year after his birth, his parents grew tired of being grounded to care for him, and decided to trade him away. After two years of bouncing around many different rogue families, an older dragon that was on the verge of death took the child and became determined to find a proper home for him. After some years, the older dragon passed away, but was able to teach Orion the basics for survival, and even some speaking along the way. Unfortunately, nothing prepared Orion for the tornado that appeared 8 years of living alone. It swept him away and harshly landed him in the rough of light wing territory. Luckily, however, Orion was found by Devi, the light wing leader, and was soon adopted to be trained and raised properly.

RP Sample: Now they need to know my RolePlay style? How much more do you want?! I think. “Fine. Here you go.” Orion proceeds to scoff irritably.

I'll try to list things to make it as easy as possible!

Personality:
This needs to be descriptive and at bare minimum, five sentences.

Strengths:
What do you mean he has a knack for how things work? Like what things?

'and has terribly powerful keen sight when looking for an opening or weak spot.'

Can you explain this a bit more? How exactly does it work?

Looking at his special abilities it seems like he can use it whenever and as long as he wants to as long as he doesn't get embarrassed. This would be a no because he could lay on the ground forever and still blend in. There needs to be a limit on this.

You also need more weaknesses. So far I see one that covers a multitude of things for the one weakness. Also, how can 'he reverts to his natural colors, when he is not near anything' even be possible? If he was in the air he could still be around 'natural colors,' there are pink and purple flowers and pretty much every color in nature, so what isn't a natural color? And again, how can he not be near anything if there is everything around him at all times?
You need more weaknesses to make yourself even with your strengths, because it looks like you're swift and good at spotting things but messing up your camouflage is your only weakness.