Ronna, the Dragon of Wisdom

Ronna, the Dragon of Wisdom

Personal Info
Name:Ronna
Alias:The Dragon of Wisdom
Age:18
Gender:Female
Sexuality:Hetero
Personality:Soft, kind-hearted creature. Is humble, loving, caring, doesn’t resemble a vicious dragon she looks like.
Interests:Loves talking with her sweetheart, walking in the forest, flying above in the sky, ruling her kingdom, gaining knowledge, reading books
Dislikes:being ridden by someone she doesn’t like, being used for evil purposes, having affairs with unintelligent people
Fears:Being alone, losing her loved ones

General Appearance
Height:10 metres
Scales:Dark Green
Eyes:Yellow
Appearance:Large, green dragon with grey cogs all over her body. Has grey long horns on head. Has cogs also on wing endings. Her wings are lighter than her body, and the wings are bloody. Eyes are yellow and sharp. Has one pair of wings.

Tribe Information and Status
Tribe:Draghars (tribe of dragons who can turn into humans)
Inheritance:Pure Draghar
Rank:Princess of Dragharon
Family:Father – Augustus Dragharam, the king, deceased by Ronna’s lover and husband. Drahtar Dragharam, nicknamed Drago, Ronna’s younger brother, the dragon of the darkness of evil and the prince of Dragharon, king of Lunan, the kingdom of wolves. Mother unknown.
Mate:Daniel von Alden, warrior from Heldic savage tribe. Possesses fairy powers. Is also Ronna’s rider and the king of Dragharon.
Hatchlings:None

Background
History:She was the first child of the king and queen of Dragharon, being the dragon of wisdom of her generation. She was locked up in a tower by her father, who was using her for his evil purposes. Daniel von Alden freed her and established peace together with her.
RP Sample:Ronna – is lying by the lake, thinking about her life.
Daniel – comes – hey darling – smiles.
Ronna – hey… - beams.
Daniel – wanna fly? – giggles.
Ronna – sure!
Daniel jumps onto her back. They fly up high, having fun together, looking down at the world from above. 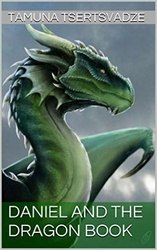 Re: Ronna, the Dragon of Wisdom

Hello there, sorry it took so long for someone to look at your app!

This needs to be 5 sentences long.

We do not have 'Draghars' on our site, and we do not allow users to RP humans. If you need more information about the dragons and tribes, look here - https://www.rpgdragons.org/t3556-the-new-member-s-guide

Your fire needs to be under special abilities and needs to explain it more. What exactly does it do? How often can you use it? Does it burn? You can also only use fire if you're a FireWing.

Also, you need more weaknesses. How is Soft-hearted a weakness? Does she have any physical weaknesses?