Insert Image Here
Personal Info
Name: Lethe
Alias: Sand hugger
Age: 3 1/2 years old
Gender: Female
Sexuality: Straight
Personality: Lethe is a very timid dragon. She would rather stay on the shore with her crab family than to play with other dragons. Being timid, she does not like to kill or hurt anybody. The one time she did she cuddle  a dead bird carcass and cried. In battle, she tends to cry she hates to see people fight.
She's also very smart for her age being able to talk and name herself.
She loves making her crab family smile (if they can smile).
Interestest: Lethe is rather interested in a lot of things. Humans being the number one thing. She never really bothered them, nor, have they bothered her. Even though she dislikes them, she can't help but be intrigued by them.
Lethe loves to going adventuring around the shore of the beach. She usually finds small shells.
She loves to make necklaces with stuff she finds on the beach.
Dislikes: Bullies, Giants, Humans, Hunting dogs
Fears: The sea. Even though she is a seawing/lightwing, she's afraid of the sea. Never diving in the cold waters herself, she tends to stay on land.
She's also afraid of spiders. Just the thought of all those eyes scares her.

General Appearance
Height: 5 ft
Scales: N/A
Eyes: Dark blue
Appearance: Lethe appearance is rather a strange one. Unlike most dragons she doesn't have scales. She's smooth, just like a frog.
Her colors are light. With a lights sky blue on her back, with a light pale color underbelly. With teal gray stripes which are on her legs, neck, and tail.
Her build is rather bulky for a baby.
She has light pale fins on her head with little nubs for horns.
She keeps her wings folded, for she does not know how to use them. When she does open  them they are light pale.
Her claws are like small needles and they hurt! Able to kill a mouse with one hit.
She likes to walks on four legs but can walk on two.
(Look at my profile pic. Just in case you're confused)

Skills and Abilities
Strengths: She's able to 'disappear' in the sand. As in she digs into the sand with her hind legs. Then once the hole is big enough she'll jump in.
Special Abilities: Since she is a  water/lightwing hybrid, she's able to produce/control water and light. With producing light, she (if she thinks really hard) can produce up to four small balls of light which helps her see at night.
With producing water, she can blow bubbles. Yes, small adorable bubbles. She only does this when she feels threatened by something.
Controlling Light: Since she's still pretty young, she's only able to control how light or dark her light balls get.
Controlling Water:  Lethe is only able to control puddles of water. She'll usually mess around with the puddle water, making it into a sphere or a crab. If she's using it in battle she'll use it like a water balloon and levitate it to the target's face.
Can also talk to sea life, like crabs. She can also see in the dark.
One cool thing is when she lights up her stripes, she can do a light blast. A light blast is a blast of light, which gets rid of all the bad darkness. Like nightmares, demons, and bad illusions. It spread about a 20-mile radius. Sadly, she can only do it once every year. The blast puts her in a near death condition since she can't handle all losing all that energy, at once.
Weaknesses: Being very young she's weak to many things, like:
-Bigger dragons
-Suff bigger than her
-Earthwings/Icewings/Nightwings
-Humans
-Poison
-Extream cold
Combat Style: Lethe doesn't really have a combat style. But if she's forced to she'll throw sand at your face or she'll blow bubbles at you so she can run away.

Background
History: Years ago a lightwing male dragon fell in love with a female seawing. It started out with simple cuddling and sweet nothings. Soon the seawing was scared that her lover would leave her forever. So she thought to spice things up a bit. That night when the light dragon came to her, there he saw his girl waiting for him. That night would follow moths of agony and worry.

Then the time came. The female seawing finally laid her eggs. But she did want her tribe and her mate to know, so she did want she had to.

Turning around her tail knocked one of the eggs to the beach. She didn't notice the egg.

She looked down at her newly laid eggs and with tears pouring down her face she ate them.

The next day the egg hatched and out came a slimy young seawing and lightwing hybrid. She fell straight out of her egg and onto the hot sand.

All the crabs on the beach looked at the strange creature that fell out of the white thing. The king of the crabs stepped forward and looked upon this weird thing. He notices it to had pinchers, but on it's backed (Lethe's wings). From that day forth Lethe was an official crab.

RP Sample: The wind blew the palm trees leaves ever so gently. The waves ever so calm as they moved back and forth across the sandy shore. In the midst of all this calmness sat a little dragon. Lethe sat there with her eyes closed enjoying the warmth of the sand. She opened her dark blue eyes to the beauty that was in front of her.

She stared for a while until she noticed a gleam in the sand. It was awfully bright to stick out across the glittering sand.

Standing to go investigate what the gleam was.

The sand sank under her weight as she traveled across the hot sand.

She looked in the gleam's direction only to notice it was only a sliver spoon. She scrunched her feet in annoyance as she knew it was probably a humans' spoon. She stared at it wondering where it could have come from. 'All the endless possibilities' she thought. 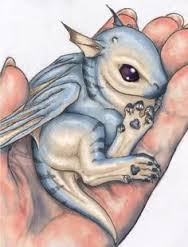 Hello!! I'm Tempy, and let me welcome you to DRF! I hope you have an awesome time here and enjoy every RP you do here <3

But first things first, I'd just like you to change up a few things.

In your app, you say that this little one is;

For their height, and considering their age and inheritance, I would like you to increase this height by at least about 5-10 foot. This is because they haven't just hatched, and they are older. But even then, something that small any dragon might step on ;-; so please, increase your dragons height.

In your strengths and abilites section, you say;

You also say that;

I would like you to go into more detail with this. How is she able to control and produce light and water? What can she do with this, give me examples please. Just remember though, she is still like a hatchling, so her powers shouldn't be absolutely incredible just yet ^^
I would also just like you to explain all of your abilities a little more instead of just a sentence of what she can do. Put in limits or restrictions and state how far she can see when it's dark.

In her weaknesses, you say that;

To edit your post, scroll up to the top of it. There, you should see a little tab that says 'edit'. Click on that, and please edit and change what I have asked you to ;-;