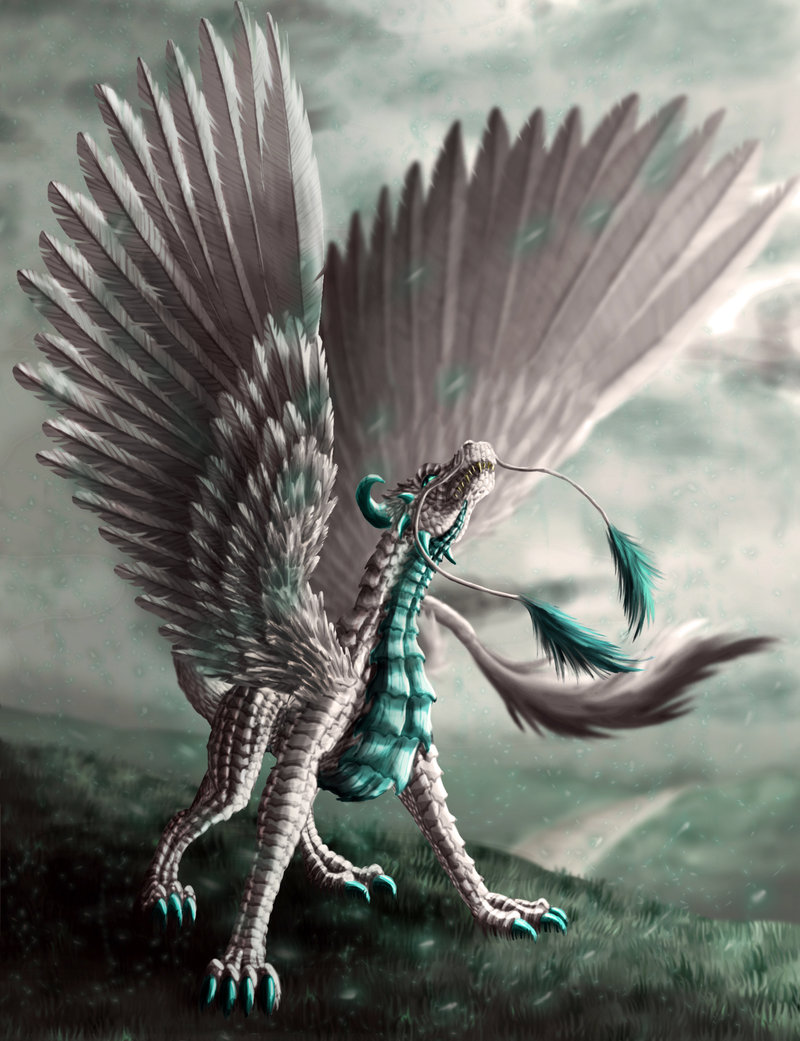 Personal Info
Name: Naloth
Alias: N/A
Age: 48
Gender: Male
Sexuality: Heterosexual
Personality:  Naloth is a tough nut. He is hard to crack but once you get to know him, you will see that he is a kind and caring dragon. He is a determined dragon which will stop at nothing to do what he needs to do. He is goal oriented, always doings things that will helps on his goals. Naloth is seldom referred to as a carefree dragon.
Interests: (What does your dragon like or like to do? 3 minimum)
Dislikes: (What does your dragon dislike or dislike to do? 3 minimum)
Fears: Naloth has a phobia of closed spaces.

General Appearance
Height: 90 Feet tall
Scales: His scales are white and his underbelly scales are a dark-ish blue.
Eyes: Sky blue
Appearance: Naloth has white scales covering almost all of his body except his wings which are covered with feathers of white and specks of blue.On each side of his snout he has what you would call mustaches which are also white, but have blue feathers at the tip. He has a pair of horns that curl back to the head, they are blue. He boasts three short horns that poke out along the jaw. His tail is scaly, but at the tip, it has feathers.
Tribe Information and Status
Tribe: Lightwing
Inheritance: He is a cross-breed between a lightwing and a icewing.
Rank: Naloth is a  Guard.
Family: Naloth has no family, as they are all presumed dead.
Mate: N/A
Hatchlings:N/A

Skills and Abilities
Strengths:Naloth's strengths is being agile and fluid.
Special Abilities: Naloth can breathe a frosty wind from his lungs that slows down a dragon's reflexes. It can only be used twice a day.
Weaknesses: Naloth is weak to weak to fire which can burn his feathers.
Combat Style: Naloth's fighting style is often described as graceful yet powerful. His movements are fluid and balanced. 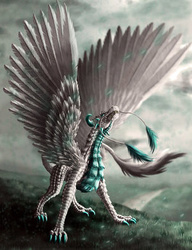 Moved to Old Applications. Please contact a staff member if you'd like it to be taken out so you can finish it.
_______________________
Aero Dynamic|Dynamic Oreo|Wolf|Evaleen|Kaora|Rye|Atmosphere|Kayin|Khusavir|Thermo