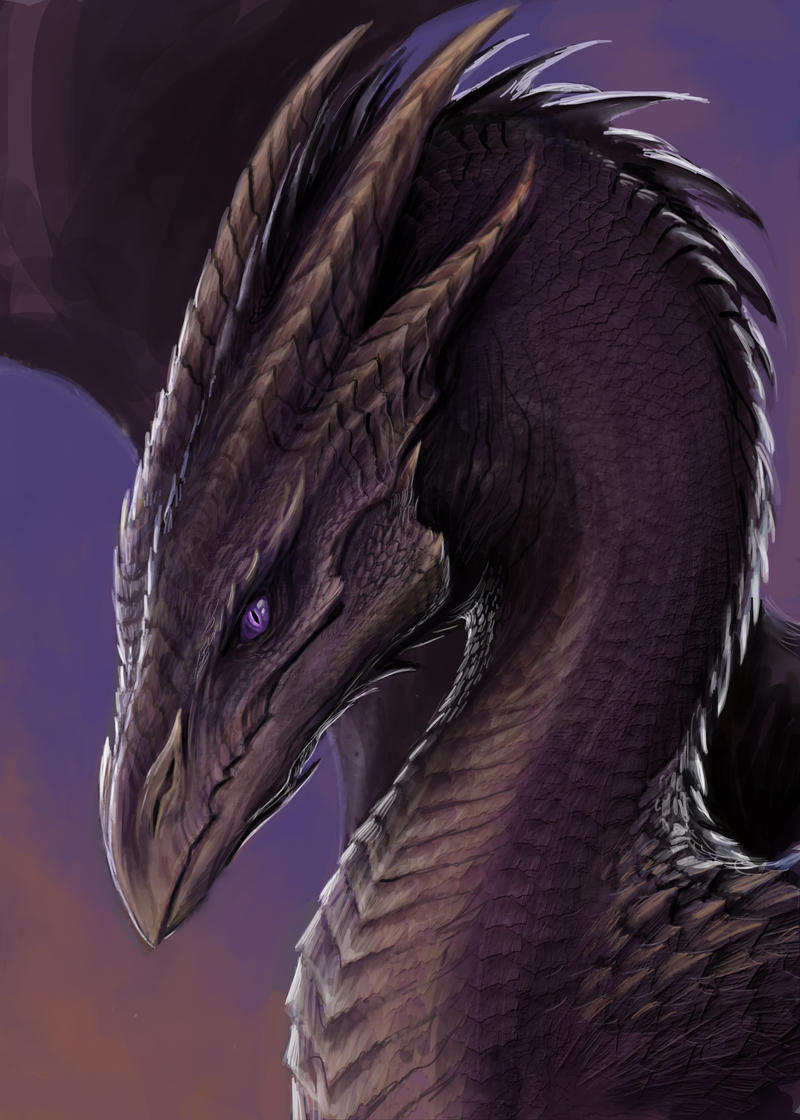 Personal Info
Name: Lunara Moonbane
Alias: Luna/Lunara
Age: 28
Gender: Female
Sexuality: Heterosexual
Personality: A quiet dragoness, Luna doesn't speak much, preferring to listen to others chatter rather than speak herself. Surprisingly, she loves conversations - it's just that she's often too shy to join in, fearing that she'll be left out of the conversation for "not being cool enough", or some other odd reason. What she doesn't realise is that there are few who would ever be rude enough to leave her out in their conversation, but hopefully she'll realise it soon enough. Once she gets over her fears and opens up to someone, that someone will find a gentle, motherly female, not at all cunning or arrogant like most EbonWings. Her calm temperament draws both animals and dragons (especially hatchlings) to her, and she's actually a good conversation partner, willing to listen to one's troubles and help out if possible. However, she can be angered if she's pushed too far, and the topics of her brother and unnecessary cruelty will trigger her anger. Once she gets angry, no one would want to stand close to her - her rage will turn her into a violent, unpredictable beast. She's not easy to calm down once she's angry, but if she is, she will hold a bitter grudge towards the other dragon, depending on whether or not the dragon's words were intentional. Another bad trait of her is that she tends to jump to conclusions quickly: if a dragon laughs at her, she'll immediately think that she had unknowingly done something stupid. She is also a huge worrywart. If she gets reprimanded, she'll be like "oh no it's the end of the world! I'm going to get fired from my job! Or banished from the EbonWings! What should I do?". The good thing is that she can control her expressions well, and can maintain a calm expression while she worries inside. Luna, surprisingly, is also a fierce dragoness, and stands up strongly for what she believes is right; in combat (if she ever got dragged into one), she will try her best to protect her loved ones, even if it includes having to kill someone or play dirty. This also proves her extreme loyalty; once gained, never lost.
Interests:

Fears: Death. Most dragons fear death, and Luna is one of them; she will do anything to avoid death. She is also scared of causing someone's death, especially because of her treatment, so she tries hard to improve her healing skills.

General Appearance
Height: 50 feet
Scales: Hard to describe, but just look at the picture
Eyes: Both a hue of brilliant violet, with slitted irises similar to that of a snake's
Appearance: Her maw, set in a long, elegant snout that narrows to a point at the tip of her snout, contains several stick-straight fangs that are uncharacteristically sharp, but she rarely uses them, except to chew food. The tip of her snout is a light brown-ish colour which starts to darken to purple at the base of her nostrils, but it lightens again at her horns. Her head is somewhat shaped like an arrow, what with the sharp tip and broad middle. Her eye ridge is mostly made out of spikes curving backwards, and the bottom of her head also has spikes, though they aren't that sharp. The back of her head has a set of main horns the same length as her head, curving down a little at the tips. The edges of the horns are slightly spiked, but like those at bottom of her head, they aren't sharp enough to wound. And below the set of main horns, there is another set of smaller horns, which are around 3 centimetres shorter than the horns above them. Unlike her set of main horns, this set of "backup" horns curve upwards a little, but not before a slight dip. All of her horns have many sets of two lines which run upwards and meet at a point, like upside down "v"s. Her jaw has two small spikes that aren't noticeable unless one really studies her closely. One who looks at her gets a distinct impression that she's wearing a crown of horns, owing to her crown-like horns.

Her neck, a shade darker than her head, is long enough to bend into an elegant "s" shape. It is also lined with curved black spikes, so sharp that even a slight brush against them can leave scratch marks on one's scales, but they become smaller when it reaches her shoulders, and eventually disappears somewhere along her tail. The front part of her neck is the same shade as the tip of her snout, and like her horns, it is decorated with lines, only this time the lines are facing downwards. Her shoulders are armoured with more scales, which are again a similar colour as the tip of her snout; her wings are dark purple, like her body, with a purplish membrane between them. The purplish membrane, coloured with a purple two shades lighter than her wings. is soft yet tough, and it is not easy to pierce through.

Her limbs are long yet graceful, and they are tipped with snowy white claws that glimmer in the moonlight. Curved and sharp, they make good cutting instruments, though Lunara rarely uses them for anything at all. Her tail is long, one third the length of her whole body, and it is bare save for the black spikes mentioned above which disappears as it nears the tip.

Combat Style: Luna prefers to try to talk it out with the other party, wishing to avoid bloodshed, but if she needs to fight, she will. She will aim for the opponent's legs, hoping to disable them, or the belly, or an artery.

Background
History: Will be revealed through RP~
RP Sample: I find my RP samples too dramatic, so no xD

Hello, there.
The first thing I noticed is your first ability has no limit. Every ability should have a limit. With your Instant Darkness ability, you can surround yourself in pitch-black darkness, but how much of an area does this darkness cover? It should cover a set area so you can't expand it as you move around.

Your shield should be easier to break through. Most characters have no magical power, and fewer would have the level of magic needed to break through your shield. Also, in each of your abilities, you stated how many times you can use them per post, but how long do the abilities themselves last?

It's fine, you don't need to change anything.
First Approval. 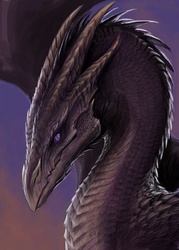 Bump!
I edited her appearance.

I've edited all this because of the picture.