//I've been VERY busy lately, but I'm trying to get back to posting, time to get Drakey back into some Rp

Draken was having a great day, being part of the Seawings and leaving the Nightwings, allowed him to be recognized and be with dragons who were more like him and soon, he was given the Rank of Lieutenant. He decided to leave the Seawing territory, just for a bit, just like old times. Back in the day, Draken would write in his journal, jotting down his interests and ideas and what he was planning to do and would go on little trips. Those trips allowed him to make new friends and have fun. So he decided to do just that.

Draken grabbed his journal and flew to an open field, where everything was just right and peacefu. He went under a tall tree to relax in the shade. He hasn't seen his friends in a long time, he hasn't seen Myth, Ender or Marlowe in a long time, he's mostly just been trying to get along with his father: Arkhor. He took his journal out and wrote "Well... It's time to get out more, I've decided to just relax under the shade for a bit, let's see who comes my way." after finishing that sentence, Draken shut his journal and laid down under the tall tree, soon falling asleep.
_______________________
Alts: Sparks, Flames, Alanare, Snowflake, Shunji, Siaga, Lunar, Paradox, Virsha

// well ill be active too now

Draken chuckled slightly as he watched the cute hatchling fall asleep, he would respond to the question the hatchling asked, once the little guy was awake. Seeing the little hatchling made him think of his children, he brought Lalani and Noctissa to the tribe, Tissa seemed to be happy to be at this new place, but Lalani didn't. He was worried about Sera too, how he left a note at the cave. But it's been a couple days and Sera hasn't came. His worried that they would both leave him, just like his other children who abandoned him, he let out a small tear as he began to think about it. After this day, Draken would sneak back to his old cave, to see if Sera was still there, but for now, Draken would stay with Zerelth

Zerelth was having a dream about playing with his family but... the dream changed the backround became dark and misty and he saw his parents dead again... He woke up and shouted: "Mommy, Daddy!".
He then realised it was just a nightmare, and calmed down when he was calmed he looked at Draken.

"Umm... its nohing" and would look away trying to hide his tears from Draken he would wipe off his tears and ask "So what are those things called deer?"

Draken calmed down a bit more as the hatchling calmed down. He definitely noticed that something was wrong, but tried to ignore it. "Uhh..... Well, Deer are animals that we dragons hunt and eat." he responded, a bit nervously.
_______________________
Alts: Sparks, Flames, Alanare, Snowflake, Shunji, Siaga, Lunar, Paradox, Virsha

Zerelth's stomatch started growling as Draken talked about food he asked "I'm sorry but could you teach me how to hunt?" He looked away because it was embarassing for him to ask that.

Draken calmed down a bit more and stopped being nervous as the little guy wanted to learn how to hunt, Draken smiled slightly and was fine with doing that, after all, it was better then laying in the middle of nowhere for the rest of the day. ".. Ok... I can do that for you.... Don't be nervous... Hunting is easy... I can teach you." he responded, acting a bit more happy.
_______________________
Alts: Sparks, Flames, Alanare, Snowflake, Shunji, Siaga, Lunar, Paradox, Virsha

//Im to lasy to change so ill do it with Sagitiarus//
Zerelth looked at Draken and joyfully said "what are we waiting then lets go!" he bit Drakens leg and tried to get him moving. 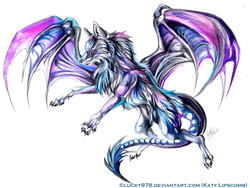 Qualzexcta needed food. He had been putting off hunting for some time now, mostly because he was scared to do so. The ocean was plentiful with many different large sea creatures, but none of them could quench his hunger. Sure, there were blue whales, but with a length of eight hundred feet long and a height of one hundred and sixty, he really could eat nothing else but blue whales, since they were the only thing that could fill him up.

Swimming through the waters, his long, snake body winding and moving with the flowing rhythm of the sea. His eyes would pierce through the darkness as he moved, as he was quite deep underwater, searching for blue whales.

Soon, he found one. And with the swiftness of a sea lion, took the great beast out, swallowing it whole. But he was still hungry.

He continued moving, his turquoize body moving elegantly through the sea.

//we are out of the water//
Zerelth yawned and said "well I dont think I can catch them" he looked at his fins with which he could run as he though "well I quess I can fly at them" his gills felt dry so he jumped bavk at the sea enjoying the swim.

The large dragon paused. His body was still concealed in the depths. Maybe it wasn't such a good idea to approach this dragon. He was known for being quite an intimidating presence, after all.