Training Day (All EWs/Sign Up)

Training Day (All EWs/Sign Up)

It is important, my EarthWings, that all of us be able to defend ourselves and each other. So I require that everyone Trainee age and older attend a class today. This class will teach you all the basics of fighting both on the ground and in the air. It will is not mandatory--but greatly encouraged--that when you've completed this class you also take an advanced class. This advanced class will teach you to utilize your specific skills in the best possible way to ensure a victory. In both classes you will also learn how to fight as a team; not only is it a good way to build trust, it will give you a leg up in battle classes. So as not to overwhelm the instructors, each class will only have five open spots. Sign up now!

This was written on a parchment and signed by the King. It hung on walls of high-traffic areas throughout the Haven. Below the announcement was the name of the Instructors: Cosmos and Rektani (may add a third later). Under each Instructor's name was a space for five additional names.

Re: Training Day (All EWs/Sign Up)

Cradore walking, saw a parchment. Ignoring all other dragons Cradore walked over to it. He read each word and thought for a bit. He looked and saw that Rektani had more students. And Cosmos only had Vilkas. Of course. Cosmos, intimidating as always. He put his name under Cosmos and stepped a few steps away. He sat down and watched everyone. He then closed his eyes and listened to everyone talk. He did this for a few seconds and then stood and opened his eyes. He walked away.
Later, Cradore walked into view. He slowly moved towards Cosmos and sat. He did a slight bow and stared. ”Cradore, reporting."

Re: Training Day (All EWs/Sign Up)

Dragons all seemed occupied. New dragons began to appear, their shining, brilliant colors making Xia marvel at the majesty of her race. However, she was becoming increasingly uncomfortable with the large groups of dragons. After all, it was understandable that, after ten years of living in solitude, she might become nervous against seeing large hordes of dragons, something she was not often well acquianted to...

It was also quite awkward, being the largest dragon there, aside, of course, from her mother, father, and any of her siblings. She would move her wings into a position so she could get more comfortable, staring down at the ground with a nervous expression.

She wanted to get out of here. At least, for now. After all, she wasn't needed anymore. But she first needed to say goodbye to her fellow dragons. Trying a little clumsily to avoid any smaller dragons, Xia would turn back to face Rhune, Lespernii, and any other dragons she was with.

"Well, it was a pleasure meeting you all!" she said with a kind smile, "But I'm afraid I'll have to leave you. My work here is done. Though, if you wish to talk, I'll be happy to meet you some time! Maybe a get together? Or perhaps it will just end up being a tribe meeting."

With a flick of her tail, she would leave the crowd behind, deciding to go back to the palace, where her home was currently located. Despite her family no longer holding the position of royal, they were still often considered so, and Baldirak had given her the room as a gift, which she was quite grateful for. 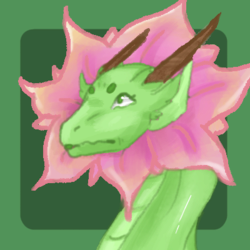