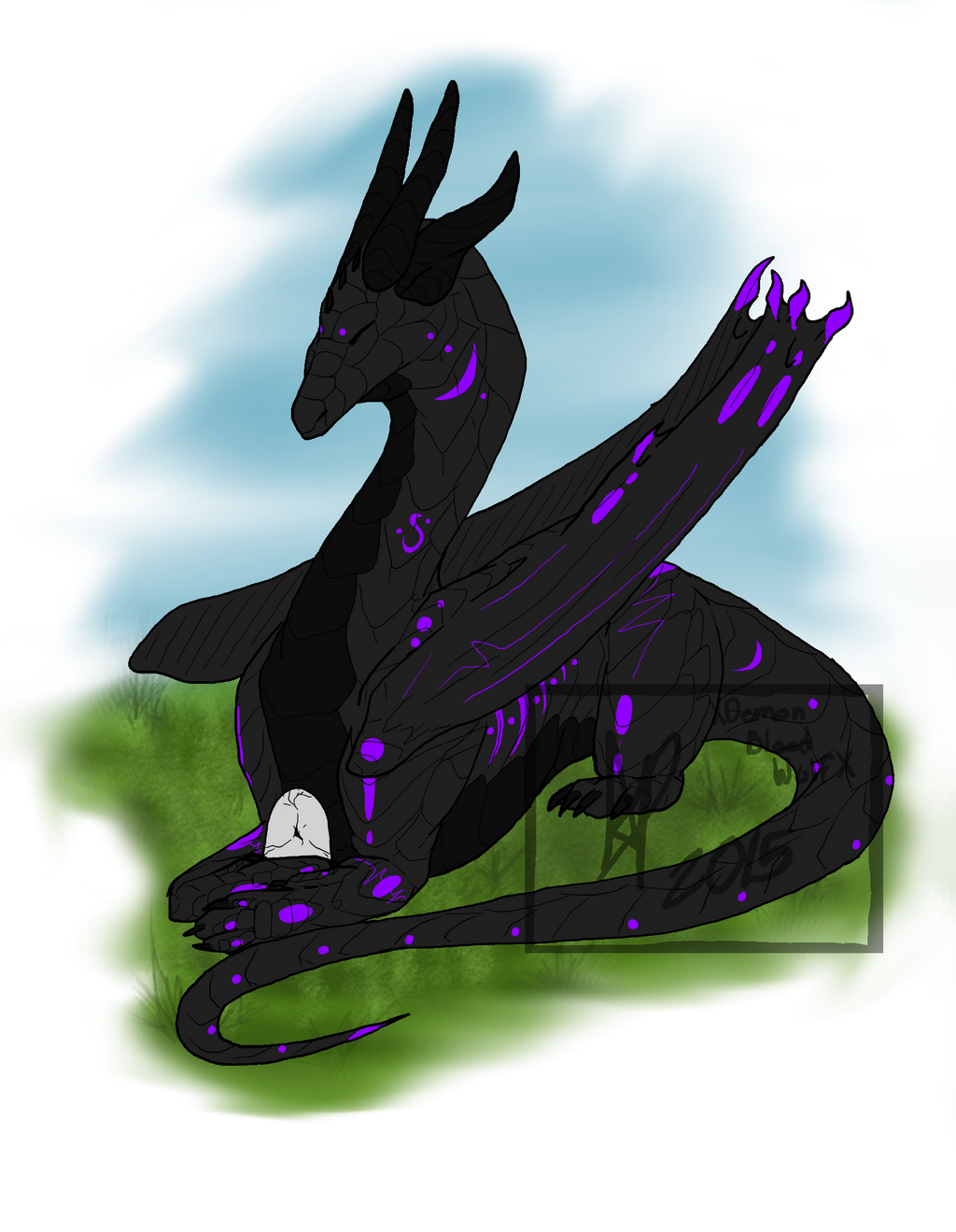 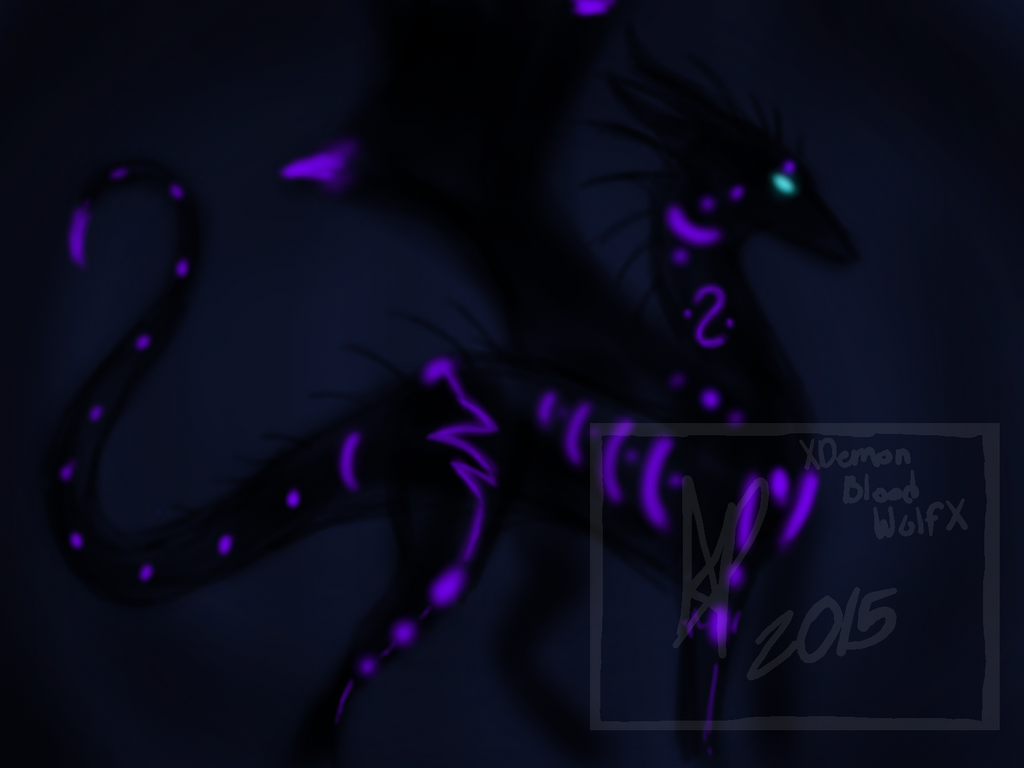 Personal Info
Name: Ami Suraj  [Meaning- Nectar Of The Gods]
Alias: Whiplash
Age: 20 Dragon Yrs [600 Human Yrs]
Gender: Female
Sexuality: Straight
Personality:She is a very silent dragon. Choose to stay away from others but also hates being alone. Is very hyper and loves to run and prance. Is very creative and smart; a problem solver if you may. Very protective of those she is close to. Won't hesitate to eliminate others that threaten her or others close to herself. Will not stand for insolence. Likes to be alone but in the presence of another living creature, if she can, even insects will make do for the part of company. Is very loyal to her family, friends, and of course, mate.
Interests:Loves all creatures; be it for food or other reasons, storms, flying, feeling of freedom, loves art or creating things from the mud or rocks or sticks, hiding in trees, acting much like a hatchling in many ways. She has a habit of acting like a bat and sleeping from branches upside down, no idea why.
Dislikes:Irritating people, injuring of the weak, sports fighting, dragon hunters/chasers, being left alone for a long time, bright places.
Fears:1.)Darkness, Ironic yes, but has a fear of what lurks in the darkness than the dark itself. 2.) Loneliness, she fears being forever alone, not loveless but never hearing another voice or seeing another one of her kind's face. 3.)Cold, has a fear of the cold because of her other two fears. Darkness brings the loneliness and with loneliness comes the cold.

General Appearance
Height: 80 ft
Scales:Black scales that are smooth and overlap one another. Along her whole body is brighter neon like purple bioluminescent's  that can lighten or darken at will.
Eyes: Right: Icy Blue Left: Vibrant Purple
Appearance:Ami is a very lean and slender dragon that's body is made for more, fast and stealthy movements more than anything. She walks on all fours and her winds attach to her shoulder blades. Her front limbs are average length while her hind quarters are more lengthy and long. Along her back is many thin, bristles that help protect her in fights and are able to be straightened or laid back as to not injure others or herself. The tail is fairly long and lean. Ami's wings are large and help her speed and glide around from either the ground or the air. She had four horns atop her head. Two medium length straight ones and two smaller curved ones. Her talons are straight and sharpened underneath like that of knives; curving at the tip and are retractable.
Extra: Has a full set of body armor that she will wear should the occasion arise.
http://sta.sh/02dxf2ix553k

Skills and Abilities
Strengths:  The art of stealth. Speed. Because of her dark scaling, she can blend into any shadow without a problem and practically disappear from view. Has the ability to read minds/thoughts. Has the ability to breathe a black fog like mist to make others fall into deep slumber. Can breath dark purple fire, although not stronger than normal fires, it simply turns dark purple.
Special Abilities:  Can manipulate others minds to a degree. She can manipulate one's thoughts, or make them think certain/ more like suggest things into their heads to a point she can break them mentally and cause them to go insane (But this takes a least a week or more to do depending on the person and what she's manipulating into their mind). Her tail is also very thin so it make a great whip-like weapon.
Weaknesses:  Because of her body type, her scales are very easy to penetrate if able to get a hold of her. Being left alone is a great weakness of hers; if left alone she tends to panic and basically becomes a sitting duck waiting to get caught.
(She can cope with this weakness even in the company of living things from bugs to simple wildlife.)
Combat Style: Because of her strengths(Speed, stealth) she chooses to hide and wait for the right moment to attack while her prey is not looking. If that is not an option then she normally speeds around and attacks them once she sees an opening. Be it with her claws, tail tip, or teeth.

Background
History: Ami was born as a half-breed. Part shadow dragon, part European Dragon. And by all standards of Shadow dragons she is a sin against their kind and was deemed to be killed -as well as her parents- but when they hunted her down she escaped time after time again. And now that she is older, she can take a few down if they are not stronger than her or too numerous.

Ami's name was given to her by her mother and father who thought she was the greatest gift from god and would, of course, bring joy to others like she did to them. Where her names meaning "Nectar Born Of The Gods" comes from.

Being a shadow dragon is where she gets most of her powers. Her glowing bioluminescence, being able to blend into the shadows with ease and see in the dark like it the day, and last but not least, move as quickly and silently as she does. Also were her large wings come from o3o, yup.
RP Sample:
Ami let out a roar as she hunched her shoulders and raised her wings. Her tail lashed around behind her while her markings all flared with life and aggression. In the chilled air of winter, one could practically see each breath she took along with the heat coming from her open mouth which bared her rounded fangs. With a final warning growl, she lunged forward with her talons bared and teeth at the ready to bite as she opened her large wings to get closer and higher above her target.
_______________________
"When you look at the sky of stars, do you see the broken dreams, the lost souls, an falling hearts?" - Ami
~"Fairy tales don't tell children that dragons exist. Children already know dragons exist. Fairy tales tell children they can be killed" ~ G.K. Chesterton
~When we are HAPPY we enjoy the music, when we are SAD we listen to the lyrics.
~You either die a Hero or live long enough to see yourself become the Villain
Theme Song: https://www.youtube.com/watch?v=w5tNBpBVZtI&index=1&list=PLHM48T3k5PsHuvoteXpmn6i-TtvPfmn9G 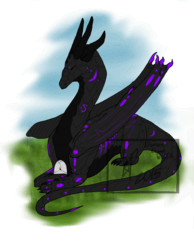