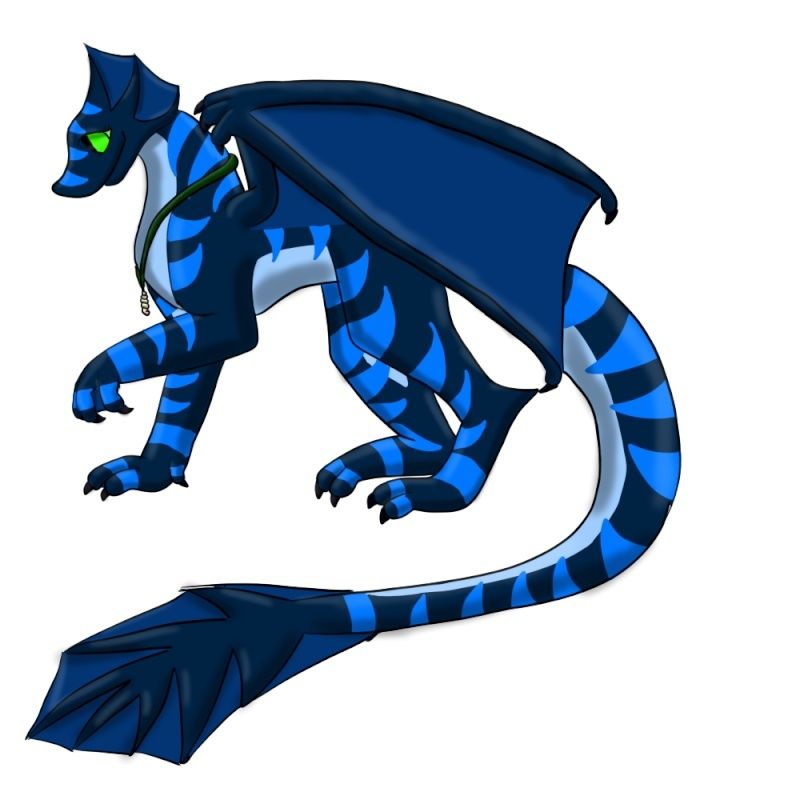 Personality: Shine is the kind of dragon who can make anyone feel at home. She never refuses help to anyone, and is always ready to offer a helping hand to anyone and every, no matter the tribe, age, gender, anything. She doesn't know the meaning of discrimination. Because of her previous role as a healer, she hates seeing anyone in any sort of pain, and will do everything in power to help anyone who needs it. Even if it's a lost cause, Shine would be determined to help the one in need to the best of her ability, even if it has no effect on the outcome.
She's a social butterfly, and loves hanging out with anyone and everyone. Shine makes an obvious effort to befriend anyone, and always seems to find a good topic of conversation. Despite her social nature, Shine isn't one for public speaking, and gets easily flustered when speaking to a large group. In a small conversation, she is eager to talk, listen, and hold a polite and entertaining conversation.
She has incredible patience, it never seems to run dry. Even when dealing with the most unruly of hatchlings, or the crankiest of elders, she never runs out of patience when dealing with them. On the off chance that she does loose her cool and let her temper free, it's devastating and dangerous to witness. Because of her status as a full God, her anger is a thing to behold and not something to be trifled with. It doesn't last long, but long enough to be dangerous and devastating.

Interests: Nature. Shine loves all things natural. She never seems to run out of things to look at, and loves all sorts natural wonders and animals. Even just a pretty flower is enough to keep her attention. She loves animals as well, and never seems to tire of being around them and hanging with them.
People. Shines loves people. Hanging around with others, talking with them, playing with them, anything makes her happy to be near them. She loves talking and being with others, and not having some sort of social interaction for too long can make her grow tired and listless.
Cake. The treat makes her so happy, and she always carries some with her at all times. Her love of cake can always cheer her up, and started at a birthday party a few years ago. It's stuck around ever since. She holds the same love for no other dessert.
Cory. Her catfish. She found him in her personal garden not long after the loss of her mate, and has kept him ever since. He's named after her former mate, Korramyr, who went missing during a hunting trip.
Gardening. Shine has two gardens, one above the water, one below, near the small island outside Seawing Territory she calls home in this realm. (Her personal realm is not in this reality, but the island is the place she resides in this one) The two gardens combined hold almost every plant known, and she tends to both quite lovingly, almost like an addiction. But she thoroughly enjoys it, and allows others to utilize the herbs and plants from it if they need. Since she tends to it more for entertainment than actual need.

Dislikes: Being worshiped. Since her realization of being a full Goddess, Shine has amassed a following of worshipers. While she doesn't actively try to disband them, and is most often not around to see these practices, she strongly dislikes when other dragons bow down to her when they see her. It makes her feel alienated and different, which she doesn't want.
Other dragons fearing her because of her power. This is even more alienating than other bowing to her. She's always pictured herself as kind and nonthreatening, and other dragons fearing her simply because of her power makes her feel dangerous and no longer willing to be around others for the moment.
Negativity/rudeness. Mostly because of the way others act with it, for no real reason other than that.

Fears: Outliving those she loves. Shine almost relies on other dragons, and outliving the ones she's closest to is a huge fear of hers. This has been heightened since her ascension as a Goddess.

Height: 30ft at the shoulder

Scales: She is dark blue for the most part, with a pale blue underbelly, and sky blue stripes running down her back from the tip of her nose, to the tip of her tail, and down both legs. The webbing for her fins and wings is a slightly lighter blue than the main color for her scales.

Appearance: Shine is small and heavily built. She has short legs and wings for her size, with a very long and thin tail. She has two fins on either side of her head, with a small tear in the top of her left one after an encounter with her sister. Her hands have three fingers webbed together, and one thumb on each. her back feet have three webbed toes. Her tail is long and thin, and tipped with a a large fin.
She wears two necklaces, one is a shell on a kelp necklace she's had for as long as she can remember, the other is a small bag with a pocket dimension in it where she stores everything.

Cory-her catfish-is about the size of her head (large for a catfish) and has all black scales, with the occasional blue one scattered around in it. He has bright green eyes with slit pupils. He has a body similar to a cat, with small webbed paws, ans a large fish tail. He has mobile ears, and a few thick whiskers on his cheeks and above his eyes.

Tribe: None. Goddess. (Though she does still mentally consider herself a Seawing)

Family: Mother: Dead. Father: Dead. Sister: Dusk. Psychotic. Blames Shine for the death of their family, will stop at nothing to try and kill her.

Mate: Former mate: Korramyr. Will never have one again.

Strengths: Shine is clever and good at puzzles. In addition to this, she's is extremely kind and persuasive. She also knows everything there is to know about every herb and plant in Pyyria. As far as physical skills, she is an incredible swimmer, and has powerful, stocky forearms. She knows exactly how other dragons feel at all times, and can use this to her advantage. Her healing powers have also gotten more powerful since she became a full Goddess.

Special Abilities: Being the Goddess of Emotion, Shine's powers revolve around that. She can influence the emotions of mortal dragons-though it is more difficult on Demi, Semi, and Full Gods, with demi's being the easiest, and Full next to impossible-drastically. She can influence a dragon to go from Angry to calm, or she can spread her power over a larger group, which requires more energy and the results-while still powerful, as she's a Full Goddess-are less accurate than if she were to focus on one alone. Her flight and walking skills have gotten better, she can fly longer and run faster, and is also a ridiculously fast swimmer due to her previous heritage and lifestyle. She is also able to tell exactly how every dragon feels at any given time, and can use this to her advantage.
She also radiates a small emotional aura that reflects her current mood. This can affect other dragons around her a little bit, making them feel ever so slightly similar to her, though she doesn't do it on purpose, and it's not particularly strong.

Weaknesses: Feeling too many strong negative emotions from too many dragons at once makes her a bit queasy.

Combat Style: She prefers not to fight at all, and would rather avoid it all together. should a fight be necessary, she'll join with other dragons and will fight as a whole, and on a very physical level, as she doesn't fight often, and she doesn't have range attacks other than a long tail.
But she'd much rather influence the other dragons to not wish to fight so as to avoid it all together.


Background
History: She has fragments of memory of her childhood, and most of what she knows came from her Sister, Dusk. She was born after her sister, and began to inadvertently hog the spotlight. There was later an attack on the Seawing tribe she lived in (not the current one) and her parents could only save one of their children. And they chose Shine. She was later found by the current Seawing tribe, along with the shell necklace, and was raised there, where she has the remainder of her memories. She started as the healer for their tribe, and-after becoming mates with king-became the Seawing queen when her mate disappeared and the government system underwent a change. The Seawings ran smoothly during this time (She also had a few run-ins with her sister), and she likely would have stayed their the entire time. Until she realized she was a full Goddess and her powers came to their peak, revealing her as the Goddess of Emotion. Upon this realization, she reluctantly stepped down from her positions (Though she hopes she can train the two Healer trainees, even a tiny bit) to take on her role as a full Goddess. She hopes she can still hold ties with the Seawings, and that her relationship with her friends won't be overly awkward now.