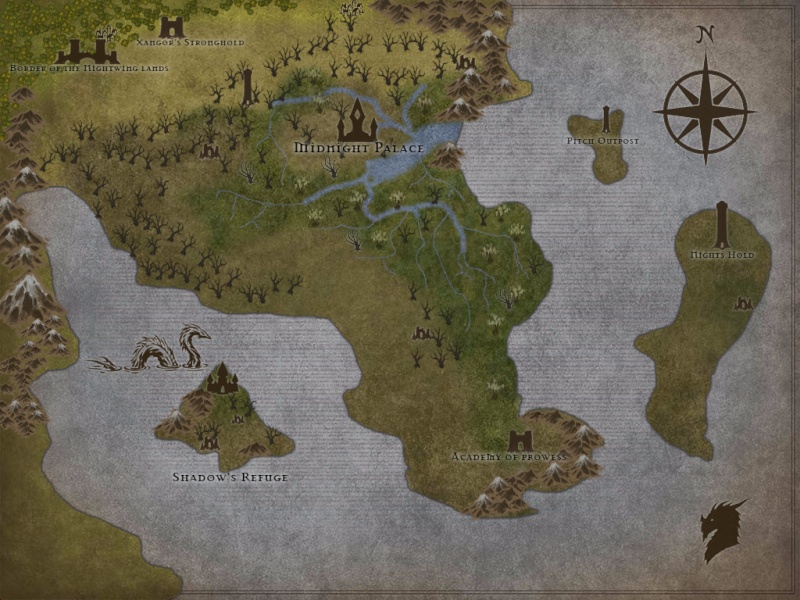 -Map of the NightWing homeland (Modern Day)-
The Chronicles chapter one.
Foreword:
Pyyria is but one small continent in a vast world. A realm filled with potent magics and mystical incredible creatures. Since the beginning of time, from the Great God Shardas’s ascension into the universe as we know it, forces have seen to influence and shape the destiny of this land and its mortal inhabitants. The NightWing Tribe as a whole could be described as such a force being ever apparent in the analogues of History… 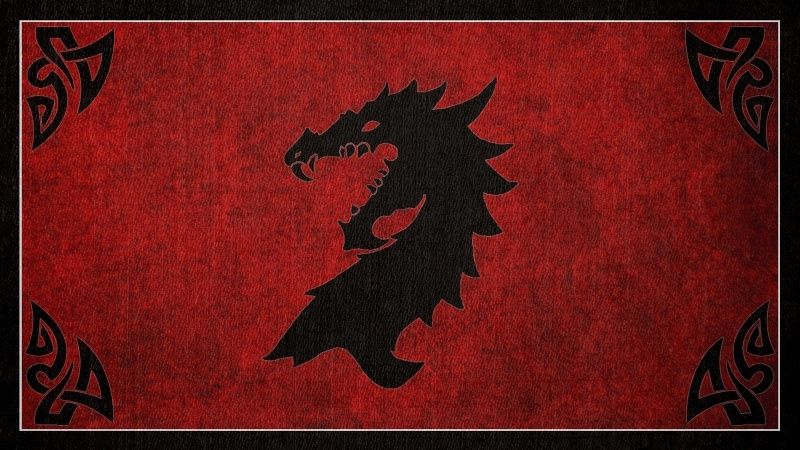 -Modern day NightWing flag-
Throughout time there has been several Myths and Legends on the land which both the NightWings have dominion and also the NightWings themselves. In the days of the age of Antiquity as the Continent of Pyyria was in its early stages many Scholars agree that before there was the Tribes and different breeds of Dragonkin and their lesser Reptilian cousins, the Dragons were as one in terms of attributes and appearance. It has been the countless ages which have past what have evolved and developed the different Tribes we see today, this is the case with the NightWings having adapted to the environment they have inhabited.

Below is a series of ancient tales, revolving around Myths and Legends, not just from within the NightWing tribe but also foreign Tribes and culture on their stories of the ancient NightWings and how the Tribe as we know it today came into existence. This time period is referred to by Nightwings as the “Age of Antiquity”.

The Great Plague:
The Myth of the great Plague in a story and theory that the South Western land of Pyyria was once as fertile and beautiful as Earthwing lands of today. The legend goes that the progenitors and precursors of the NightWing Tribe faced a terrible Plague that devastated both the Dragons of the Region and the land, turning their once proud homeland into a remnant shadow of its former self. The land being transformed into a hellish landscape with scarce food, dead wastes and rotten swamps. Those who would later become the NightWings were said to be just too stubborn, weak or old to leave and thus they themselves over time evolved into the NightWings we see today.

If the stories are to be believed the remnants of the Plague cannot be seen apart from the land itself, any such Plague has not appeared in recent years and no mass graves within the NightWing Empire have been found dating back to that era. Given that the water supply remains fresh it can be assumed that whatever “killed” the Trees of the NightWing heartland has not come from some contamination.

"Be wary, Child, of NightWings plain...
Be mindful, Child, of their infected grain...
For if throat is parched and of infected water sip...
Forever your soul will be in cursed Nimbus grip.
So heed this warning, Hatchling, and if far from Parent stray…
Let light from Home's Hearth guide you back your way."

The Betrayal:
A more modern tale from only recent years, no doubt influenced by Queen Gemini’s rise to power and her Regime, however, the Myth of the Betrayal is story often favored by foreign Tribes (Often Tribes who have poor relations with the NightWings) when discussing the appearance and heartland of the NightWings.

As the Humans of Pyyria began to turn away from the Dragons who had shown and gifted them so much. Now believing themselves the new custodians and true rulers of the World the Human nations banded to form a great Crusade to combat the Dragon Regimes. During this time, while the other Dragons had begun to form the unity and consolidation for the basis of the true Tribes they would become, they say the Dragons of the Southeast who would later become the NightWings were divided.

As nothing more than feudal groups consumed by primal urges the Dragons of the Southeast were by far the weakest and easiest target for the Humans to purge from Pyyria. As the war brought defeat after defeat to the precursors of the NightWing the strongest and smartest of them banded together in desperation, although fearing that it wouldn’t be enough they committed the unthinkable.

The tale goes on to state that those who would later become NightWIngs summoned the first of the Demons, bargaining and making an unholy deal in order to secure their survival. The land itself was twisted and contorted into a hellish nightmare, forever tainted and corrupted. Upon seeing this Shadras himself felt great shame and couldn’t condone such an act, thus he cursed those which had torn the land itself to save themselves to match the horrific crime they had committed. Becoming the NightWings, forever to lurk and hide in the Shadows, baring black scales to forever show their shame. The NightWings continue to scoff at this fantasy dreamed up by lesser Tribes today.


Night, the Uniter:
A tale all young NightWings know. Night was said to be the first of NightWing kind, the great uniter of our people who formed the NightWing Tribe and ended the Primal urges of the past. It was through her legacy that the foundations of freedom and true civilisation were set. Said to be both wise and wondrous. Night was declared the first Queen of the NightWings as the story goes.

The ancestors of the NightWings were separate from one another in all manners of the word, giving into sectionalism and isolation. Families of the forefathers of NightWings formed Clans, and these Clans united with smaller families what matched their ideology and temperaments becoming federations of small populations in their own rights.

These Clans grew within their own territorial expansion and prized their own ideals and cultures dedicating themselves to various gods. Being in such a hostile and unfavourable land the forebears of the NightWings prided themselves on their stealth and cunning to outsmart their prey, qualities the NightWings highly regard in modern day. The Progenitors of the NightWings, from within these clan like structures formed centralized, cooperative miniature states. This was the foundations of the Kingdom as we know it today, as these states formed independent codified laws, as well as civic and religious institutions. With the founding of the City states, the conflicting ideologies can even been seen among the populace to this day.

Holding no titles of authority or even powers of considerable note Night then rose our people out of the darkness and put an end to the torment and discord what radiated throughout the NightWing land, she united the separate Clans through acts of conquest, love and intrigue depending on who tells the story and formed the NightWing Kingdom, and to this day her impact continues to broadcast throughout the world.

Children of the Moon and Stars:
As we now know that the Goddess of Moon and Stars Astral was only given a separation of the Great God King Shadras’s power, the story remains however a recent one. The tale goes that many NightWings, cause of Astrals and Nimbus’s association with NightWings is that they are the mortal spiritual children of their union. Embracing the fact that NightWings were born in their image and demeanour.

This has lead to a high amount of NightWings following their respective faiths, grouping up on the stories of the two lovers who joined to form the Tribe, although, it’s known that such is fictitious given the NightWing Tribe predates both the ascension of Astral and Nimbus, along with the fact their true offspring can been seen as Demi and Semi Gods, the tale of the two lovers forming to join the Tribe is nevertheless as culturally important to the NightWings as their more codified ancient history.

In the final days of Queen Nights reign and life she bore two sons. Both from the same clutch they were both destined to rule. One of the Hatchlings was a brute, slow of mind and ravenous was his ambition and desires, the other was polite, wise and smaller in stature and general size. When the successor of the NightWing Kingdom was announced to be the wise mature brother the other went into an anguished fueled fury.

His madness went so far that in his delusion grief driven state her murdered Queen Night on her deathbed. Claiming to be the new King of the NightWings many flocked to his cause but the gods looked down and shed a tear upon the body of Night. When the tear consumed her body her physical form seemed to turn to dust before all present and her soul shone out in a dark fathomed form of black mist representing the NightWings and the land she ruled.

In her judgement the spirit of Night flew through into her killer and she denounced him as her son. As she left his body she passed on to the spirit realm but not before cursing him to forever walk as an outcast, forever a stranger in his own homeland. Her murderer seemed to be stained in the white of cowardice and then in unison, all who dared to claim him their king transformed from the regal elegant colour of Night to a sortment of bizarre colours as a mixture.

That day the Lightwings were born, ever to bear their shame and forever be the outcasts for their crimes, never again to be welcome in their own homeland as they were pushed and exiled. The cursed, the killers of Night. Those who turned their backs on the Shadow. 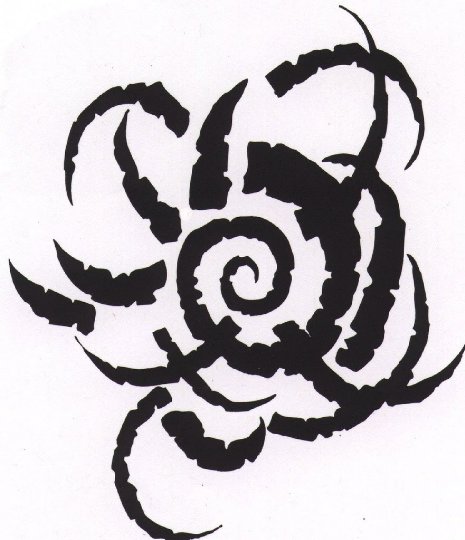 Slight adjustment to the Foreword to make it more satisfactory.

Also an Admin needs to make this topic "sticky" on the Nightwing section as this is a large contributor to its lore which needs to be recognised.
_______________________
Tenebris's Bio
A look at one of Tenebris's Publications as a Scholar