A typical spring day for the seawings, with the sun still shining high above Ark lay in waiting just outside the palace as he waited for Draken's group to arrive. Yet he wasn't alone his recent daughter tagged along playfully tapping her with his tail. "Won't be that long now Asvania" looking towards the horizon of blue he smiled as he sensed them getting closer.
_______________________

Asvania was quite eager to see new dragons. She had spent allmost every wakeing hour that Arky as she began to follow him everywhere he went when he was not busy with important things. She eeps out happily as he taps her snuggleing against the tail. Her trust issues had lessened but they still persisted in her mind most adults haveing to take some time to lower her barriers.

Draken was happy today, he was ready to go see his father who was waiting for him. He was planing to bring Noctissa and Lalani and since sera was usually never there and it annoyed Draken some times that he kept leaving the cave. Draken wrote a note which saidSera if your reading this, I have left to go see my dad, I have provided food for you while your home alone, take care - Draken. He wrote this note so sera wouldn't be scared to find out that he wasn't home.

Draken gathered lalani and Noctissa and flew to where to where he was supposed to meet his father Arkhor. He soon arrived and saw that he had a little one with him too. He waved to Arkhor and he had Noctissa on his head. "Hey dad, I arrived like you said, sorry if I was a bit late." he said and awaited a response.

//sry I know this is late

Initially, Lalani was quite excited to be going somewhere with her dad, chirping like she always did to show it. She had been excited and wouldn't sleep for the trip over, often harassing Draken to tell her how long it would be-to which he never really did tell.

But now, when she was here, she held on like a vice to Draken, terrified of the new dragon in front of them. Her heart pounded and she looked up fearfully. He was huge! And scary! And..... Huge! Lalani went to take a few steps back on her dads back, before she felt her foot land on nothing solid. She slipped off her dad in an attempt to try and get away from the big sea creature, and she felt tears well up in here eyes. Both from fright and hurt from her fall. To hide herself, she used her wings to cover her body, shaking in fear as she though he would squish a tiny little dragon like her.
_______________________

Smiling as Draken appeared he soon noticed that he had indeed brought his children, replying softly "Heya Draken, no problem this is your sister Asvania" pointing towards the hatchling next to him. As he finished talking he noticed that one of the hatchlings on draken's back looked to be scared. Frowning slightly he had a feeling that this would happen lowering his snout as he spoke out softly "Hey little one, you don't have to be scared.. I won't harm you.. In fact are you hungry?" Moving one of paws out as he created a small Tuna placing it on the ground hoping for a good reaction.

Asvania was very on nerve as the other dragon landed. Meanwhile whilst the other hatchling feared Arky she didn't fear Draken. No she looked very distrusting makeing her body hug against Arkies. Now she was quite eager to try and play with the new hatchlings tho! It made her quite sad to see the other crying and before she could comfort her Arky beat her to it.

Draken wasn't expecting this as he saw Lalani back up and wads scared of his dad he smiled at her and soon Arkhor gave her some tuna and he was hoping that it would help, but just in case it didn't he said "Lalani, this is your grandfather Arkhor, he's not going to hurt you, don't be afraid sweetie." he then turned to the hatchling and smiled and was hoping lalani would cheer up and go have fun.
_______________________
Alts: Sparks, Flames, Alanare, Snowflake, Shunji, Siaga, Lunar, Paradox, Virsha

(We waiting till Noctissa feels better?)

(I really cant let this die

Lalani was petrified, refusing to budge, even at the smell of the wonderful, delicious food. She never had fish before, and she peaked through a wing to look at them. They were a bit of a weird looking thing, but smelled so nice. "I-I'm Lalani... Why haven't we seen you earlier?" she asked, lowering her wings as she slowly gained the courage to peak out at the large SeaWing. She was shaking, scared, but tried to swallow her fear and look up at Arkhor.
_______________________

Smiling softly he replied "Well thats my fault, as I didn't know where you were" sighing slightly he gazed towards Draken like giving him a signal to help, clearly the child was still scared must had been too much for the little one. Raising his brow he thought of an idea. Using his powers he created a small orb of water in front of the hatchling though keeping its distance he continued "Its alright, have you ever wanted a pet? Or someone to play with, what would you like it to be?" He asked with a curious look.
_______________________

Noctissa clambered onto Draken's shoulder as they moved forwards to wherever it was they were going. She didn't know of any family that Draken had other than her siblings. She fluttered about sometimes when bored but mostly stayed quiet and still as they traveled.

Once the trio had arrived Noctissa had continued to remain silent and still as she looks over Asvania and Arkhor. The dark girl listens quietly taking in and learning everything that she could.

Asvania looks with wonder at the ball of water... Why couldn't she have her own pet! She was a strange hatchling and can be considered scary by some other hatchlings for reasons. She had battle scars something no hatchling should ever have to life with from fighting predators back when she was wild. She stared at others in a way that looked like she was determineing the best way to attack them. She was forced to grow up to fast.

This ofcourse had made her very socially awquard around the other hatchies along with the fact she was so large due to being an earthwing. But maybe these hatchlings would be fun! She slowly made her way towards the new hatchling.

Lalani shrinks away from the orb of water, originally thinking that it was going to hurt her. She was scared, still sore from falling off Draken and worried about what it could be. But eventually, her fear faded away as she poked the bubble of water. She looks up at Ark, with big eyes, rather curious as she asks; "What's a pet?"

As the other hatchling began to approach her, she jumped slightly, backing away. But as she saw that she was just as curious as Lalani, she sniffed at the tuna and picked one up in her mouth, before carrying it over to Asvania. She plopped it down next to her-almost like a peace offering. However, shortly afterwards, her nerves hit her again and she froze up a little, wanting to hide behind her over sized wings.
_______________________

Noctopie tilts her head ever so slightly as the other hatchling came forward. She blinks slowly taking in the strangers form.
_______________________
Rateevko's profile 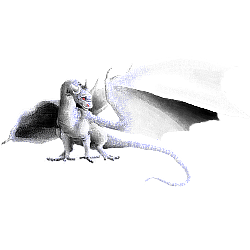 Asvania was very very supprised when the other hatchling brought her the fish. She did not know what to do so she slowly pushes the fish back and nuzzles her. "It's okay I'm nice."

Lalani still was shaking, a fair way away from her dad and not too close to anyone else. However, she scooted closer to the hatchling next to her, raising a paw as it shook uncontrollably. She gently put it on Asvania, testing to see what she would do, before she got ready to pounce away in case the little one didnt want to be touched by anyone..
_______________________

As Asvania watched the other hatchling she smiled tilting her head curiously. She wondered why the hatchling was so afraid so she sat as still as she could purring lightly. Once touched she give the paw a soft lick trying to be as friendly as she could.

Lalani almost flinched at the unexpected contact, before she gained enough courage to step over and nuzzle Asvania. She was scared, not really meeting new dragons too often anymore, and since their mother had left them.. She always had a bit of a broken heart and was a bit scared of new dragons.
_______________________

Noctissa continued watching from her place silent as a stone. When her sister began interacting with the other hatchling Noct slipped down onto the earth and stalked forward slowly. She would be there for her sister at her back in case something bad happened. That was the way they were, always sticking together, or at least watching over each other without really meaning to.

The young dark dragon stopped about a foot behind Lalani then sat down silently and continued watching calm and quiet. Like her sisters shadow...
_______________________
Rii's physical description here

Lalani felt the presence of her sister behind her, and suddenly her confidence seemed to skyrocket. Her nervousness melting as she had her sister right behind her, looking after her when they were in trouble. Lalani and Noctissa always seemed to be there for one another, Noctissa more than Lalani however as she was the eldest.

She gently, ever so gently, licked Asvania on the paw that touched her, before nuzzling her playfully. Her voice still seemed to be broken though as she needed to gain her entire confidence back still.
_______________________

Watching from a slight distance he smiled as they seemed to like Asvania, chuckling to himself he turned to Draken "Well looks like we have a start" gazing back towards the hatchlings, "They seem to like you Asvania" chuckling he just sat waiting.
_______________________

"Yay daddy they like me!!" She says happily accepting the lick and returning each playfull muzzle gladely with a large smile on her face. She waggles her rear end ready to play with them
(Is asvania)