Personality: Seaton is a dragon who would rather spend his time swimming about in the lake than go to a gathering or party.
At times , he will make exceptions and go to a convention or 2,but it isn't a "necessity" for him. Generally, He is quite silent and to himself, unless talked to,and prefers to simply "Relax". Despite being "Care-free", He does take many things
seriously(even if it's not noticeable.),especially politics, attacks,
Wars, or Crisis. Despite this, He still manages to find simplicity in his day-to-
day life and enjoys it for that purpose.

General Appearance:
Height:46
Scales: Generalized Ridged scale pattern. Blue Back and a beige Underbelly
Eyes: Teal/Silver
Appearance: Seaton is a rather Queer Dragon, Possessing More Aero-Dynamic Wings than Most,
and Less noticeable Gills than some Sea-wings. He Carries a Small Dagger,
In case one of his Talons Break or go dull, and has a Chrysoprase Necklace, Which he is rarely seen without.

Skills and Abilities:
Strengths:Very intuitive, Good at defusing situations, Decent fighter, Solemn, Good
at bringing out the secret side of people.

Special Abilities: Has an uncanny ability to Create a Vector-Shield.(More to be added later.)

Weaknesses: Doesn't do that well in flight combat, Too layed  back sometimes, Shield only Deflects Instant attacks,So barrages would do massive damage: Not the Toughest Dragon,
So strong hits could render him Broken.: Shield= One second hit interval:.Shield Cannot deflect extremely strong, Semi/Demi or Full God attacks, Either.

Combat Style:Usually Tries to talk his way out of Problems,oppose to fight,But will by going on the defensive and Moving around a lot.
Background:
History:N/A
RP Sample:-Seaton quickly leaped out of the lake, shaking water in every direction to dry off.
-"That was refreshing..Time to study!"-Picks up book and proceeds to read- 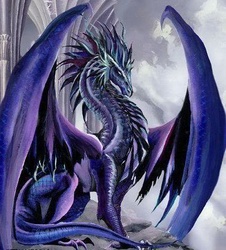 What rank are you looking for?

Well, Due to his nature,I never really planned to put any "Occupation"..... Should I change him to a Rouge? 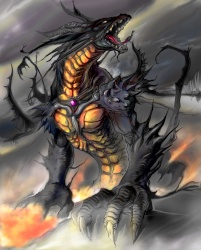 Void is an alt.

Should i Repost it?

Nah don't worry I've edited it for you.