Personality: Fun and energetic, and always likes being around others, although sometimes can be slow to realize to take things seriously. Holds a grudge against IceWings for not being socially accepted due to different appearance and at the time nonexistent abilities, but anyone outside of that particular group he generally tends to be more chatty with and less uptight. However, his mouth can get him into trouble as well. He is not very good at keeping secrets, nor knowing when to be quiet, which has caused very little important matters to pass by his ears from his friends and acquaintances.  He takes intense devotion in physical combat, given his inability to breathe anything yet, as his outlet for anger and/or energy.

Interests: Technology (albeit not very knowledgeable), other dragons, and weapons

Appearance: Has blue and white colours, except that they are separated into pure white and navy unlike Icewings, and has a Firewing body.

Tribe: rogue, although could possibly eventually join the the Firewings, or any group against the IceWings for that matter.


Strengths: Combat, but especially in the open, being social

Weaknesses: Ego flaws, Desire to be popular, and is easy to give things away

Fighting style: Aggressive and headstrong, but prone to weaknesses in

History: I'm thinking to have this one chase his heritage, he's an IW/FW mix or something thereof... But doesn't know it yet, or that he will eventually be able to breathe fire or ice yet, but hasn't become old enough to figure that either. Hence the bitterness from the IceWings for not really fitting in, and not being able to breathe ice at the time. 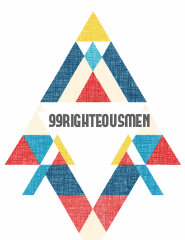 Hey there, Shockwave! I'm Cosmos, and I will be reviewing your application today!

There is only one problem with your application:

- Please meet the minimum requirement of 5 sentences in your personality. You currently have 3.

Hopefully to save you time so you can fix before an admin sees it,

Fears and Interests need 3 each minimum instead of two.