// Continued from The Training Session: https://www.rpgdragons.org/t3148-the-training-session-open-to-all //

Nihlus looked down at the Skywing. They were even tinier than he had first thought. Squishable, even. He stretched his aching wings and dropped onto his stomach with a tremendous thud, crossing his fore-talons and laying his head lazily onto them. He deserved some relaxation. Work just piled up back at the Firewing palace, didn't it? "Firewing Lieutenant." he said plainly in response to the Skywing. 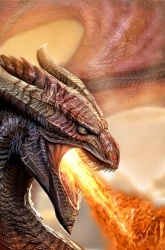 //oh sorry! I thought you were someone else XD Lets just say she referred to him as male or dragon when talking to him XD//

Athena heard Atrex's voice, and decided to listen. For once. She backed off, slowly forcing her hackles to lower. She sat down near the two and introduced herself after Storm. "Athena," she said. She then glanced at Ender, looking for a hint of rage. She had.. Somewhat, forgiven him. One thing about Athena, if you broke her trust, it was very, very hard to get it back. So if Ender wanted to be her friend again, well, it would take a while.
_______________________
[img]http://orig10.deviantart.net/1003/f/2012/335/2/c/black_and_orange_dragon_by_omnyo-d5mpui8.png/img]

Atrex watched all of this take place in the spqce of a few minutes, staying quiet. If he opened his mouth, his tone would be coated with hostility. He couldn't help feeling jealous of the other males that Cariharn was talking to. He was just another drake, there was too much competition for Cariharn's heart.

Immediately Atrex felt awful for thinking those thoughts. His eyes widened and he felt his face go red with shame. There is no compeition! This isn't a game! She can pick who she likes! he screamed inside his head. how dare I think those selfish thoughts? he growled inside his head.

Still, he couldn't help being.. POSSESIVE of Cariharn. No female had made him this bold and.. And NEEDY for attention. He NEEDED her attention on him, he NEEDED.. Her.

Atrex watched Nihlus speak and nodded. "Uh.. Atrex." He stretched his four wings for a moment to exericse them, before tucking them back in.
_______________________
My mission in life is not just to survive, but thrive, and to do so with some passion, some compassion, some humour and some style.

"Wow, this place is so beautiful. Why would they want to keep me away from the surface, from this wonderful world i see before me." I whispered to myself, walking and admiring the surface, until i heard some voices, a few being foreign to my ears, and one that i knew perfectly well. One that i'm sure belongs to my friend Atrex. I slowly walked closer to the source to find the friends i made when i was at the temple. Athena, Storm, Ender, and Atrex were all there with three other dragons i never seen before. I walked closer to Atrex to surprise him, since i think he never heard that i was allowed outside of the temple walls. "Hello Atrex, it's nice to see you again." I greeted my friend, allowing the others to see me as well.
_______________________
"I have been stuck inside the temple for all my life, and now i will turn this world into our own."
-Queen Light 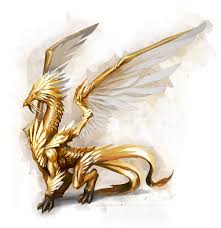