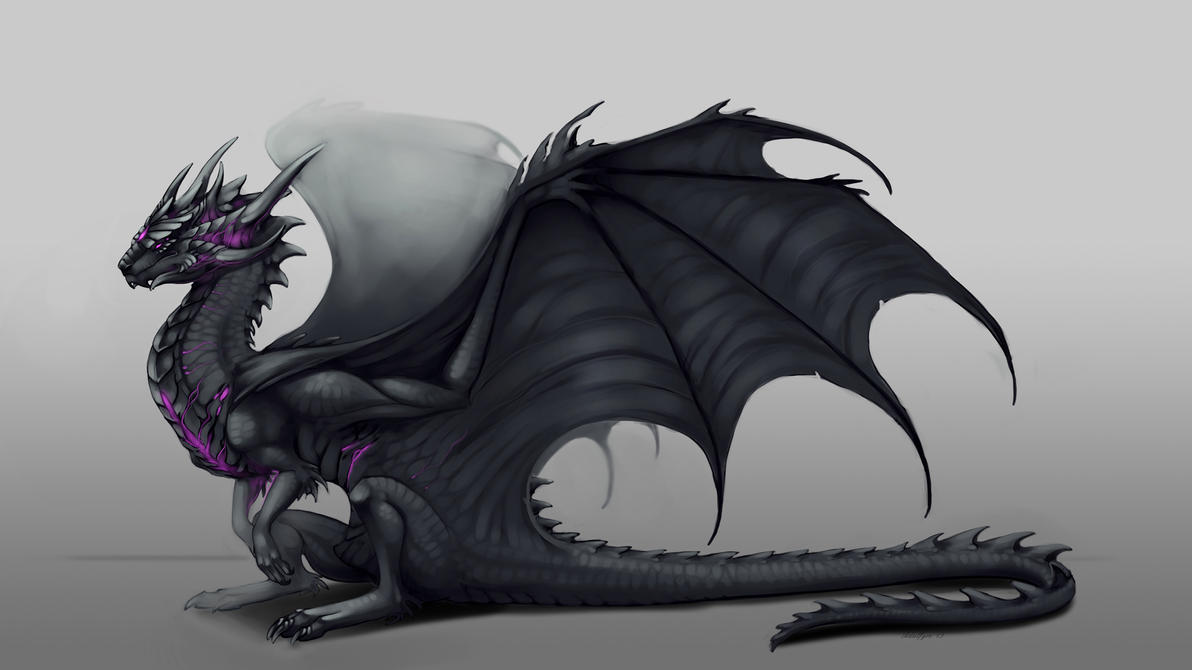 (EVERY SINGLE PIECE OF CREDIT GOES TO Adalfyre IN NO WAY DO I CLAIM THIS ART AS MINE
Personal Info
Name: Lynae
Alias: Purple ghost
Age: 25
Gender: Female
Sexuality: Bisexual
Personality:
Lynae carries a certain air of confidence around her. Whether she really is or not, she comes off as being very confident of her abilities and how she does things. She can be quite stubborn and like to do things her own way but it if it involves Oculus or something important, she tends to become more open minded. Once broken through her tough shell, many will realize that once you become close to Lynae, she is very protective. She will do anything she can to protect the dragons she cares about and would rather give up her own life than see someone she loves get injured or hurt by the hands of another dragon. She is very loyal, especially to her own tribe and Oculus.
Interests:
*Flying
*Exploring different areas of land
*Protecting Occy
*Protecting her tribe
Dislikes:
*Failing
*Cold weather
*Loosing Occy's trust or not being able to protect him.
Fears:
Dying at another's claws
Failing

General Appearance
Height: 40 ft
Scales: A dark grey
Eyes: Purple
Appearance: A intricate crown of horns sits upon Lynae's head, along with plated Armour covering the bridge of her nose as well as parts of her cheeks. Her head is protected by these large horns that sit upon her head and when looking behind her, you can see a eerie purple light, which matches her eye color and a small diamond shape crest on the center of her face. Just like the plates upon her nose, these plates travel down her chest and continue all the way down to her tail. In the center of her chest, there are different natural cracks that almost emit the purple light. Her arms are slightly smaller, more used for balance than anything but sharp claws still remain upon them. Her legs are almost shaped like a kangaroo's, with a lot of force to kick. Though the claws aren't as sharp, they can still do some damage. Upon her back are sharp spikes that are tipped in a very dark purple that is very hard to see but can glow on command. Her wings are large, almost twice the size of her body and stop soon after the start of her tail, which is quite long. Her tail is covered in the same spikes as the ones on her back and is very long. She often uses it as a whip or uses it to grab others by their legs and pull up, making them fall down. When Lynae opens her mouth, many can see that the strange purple light that emits from her chest also emits from her mouth and if she is angry enough, her nose as well but in the form of smoke.

Tribe Information and Status
Tribe: Nightwing
Rank: Royal Guard
Family: All of her family died
Mate: None
Hatchlings: None

Skills and Abilities
Strengths:
*Flying. With large wings, almost representing Skywing wings, she is a very good flier and also good at dodging aerial attacks.
*Keeping a level head in dangerous or tense situations. Lynae is often the one to keep others calm in different situations.
*Protecting. From birth, her father had begun to train her to fight and protect. Though they died when she was young, she still trained on her own and eventually became a royal guard for Occy.
Special Abilities:
*Lynae can use the purple light that comes from different parts of her body as a light source as well as the spikes on her tail and back.
*With this purple light also coming from her mouth, Lynae can use this for multiple things. She can make her opponents fall asleep or use it as a distracting thing to get away. In large amounts, this mist can get very dizzying and confuse many dragons. Often times it can cause light headed-ness from bright light and strange scent.
*If it comes to it, in dire situations, Lynae can summon a large, smoke like demon that can protect her enough to get away or protect another person while she fights someone. Though this drains her energy dramatically, it is useful in protecting Oculus in situations where she cannot. This demon cannot use her same abilities, as its quite large and more uses brute strength. This demon is used for defense purposes only and only if Lynae were about to die would it attack someone. This demon cannot speak, have a personality nor does it feel pain. It can be vanquished by heavy amounts of fire.
Weaknesses:
*Her smaller arms. With smaller arms, its harder to use clawing based attacks which she makes up for in using her powerful back legs.
*Her large wings can restrict her from getting away as easily as well as are susceptible to fire/breath attacks.
Combat Style: Lynae fights head on, but prefers to do so in the sky. She'd rather use her strange mist to distract her opponent and use her powerful back legs to kick them. She often times goes for the wings to rip them so they can't fly and then continue to attack them.