Name: Brooklynn
Nickname: Brook
Tribe: SeaWings
Rank: Tracker
Age: 40
Gender: Female
Family: Family names unknown...
Mate: N/A
Draglets: N/A
Appearance: Brook is a blue dragon, with yellow claws and navy-blue spikes running down her back and tail. She has a very long tail, and her eyes are jet black.
Personality: Brook is normally shy, and is scared of other dragons that she doesn't know.
Strengths: Brook is an excellent Tracker and has all of the SeaWing powers.
Special Powers: Despite being shy, Brook is very powerful. Once every 5 years she can create a hurricane, and she can shoot electric water from her mouth.
Weaknesses: She is shy and, even though she is good at it, does not like fighting.
History: Brook was abandoned by her family because she didn't like fighting. Her father was the leader of a violent Tribe, and they attempted to kill her by drowning her. But Brook was taken in by a few old SeaWings, who died of age when she was 25. Brook was left to fend for herself, but the SeaWings who took care af her had performed some magic of her, so that she had SeaWing powers. She then found the SeaWing Tribe and decided to join. 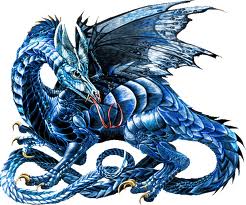 Re: Brooklynn the SeaWing

Welcome to the site Brooklynn! I'm Phantom (duh) and hope you have fun