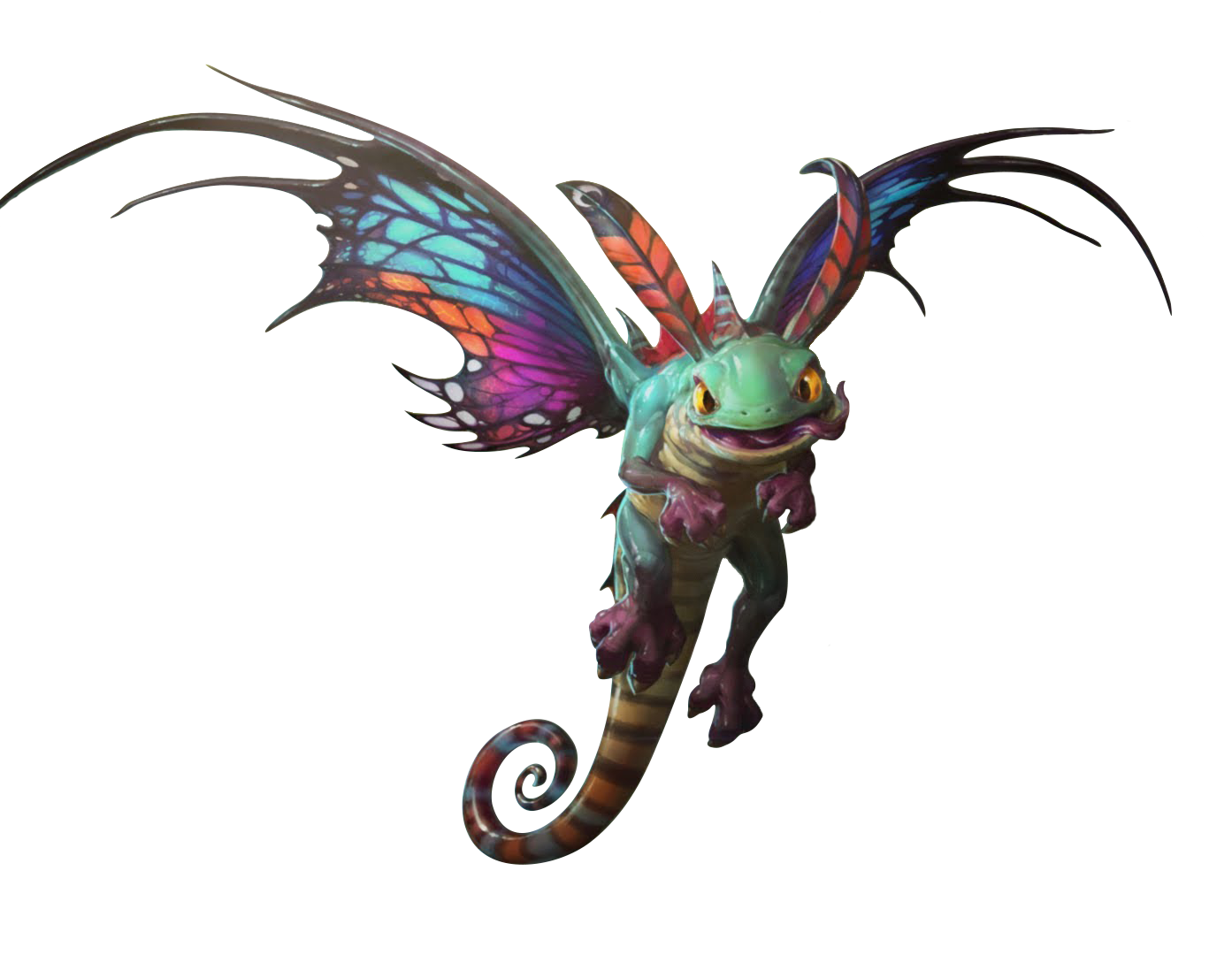 Personal Info
Name: Nara
Alias: Fairy
Age: Unknown, appears really young but has enough knowledge to justify a certain age.
Gender: Female
Sexuality: Unknown
Personality: Nara has a rather peculiar personality. She appears really childish, and combined with her appearance one would believe her to be an hatchling. Her being actually older is only hinted by her extensive knowledge in a few areas. She is innocent and cute, but will sometimes say disturbingly cruel things in a still innocent way.
She can get extremely serious when needed, heavily contrasting with her usual behavior.
Nara is curious and pushy, not hesitating to heavily insist to know something she hasn't been told.
Interests: Playing, learning, inflicting pain to meanie, talking in third person, sitting on other dragons
Dislikes: Meanies, secrets, people questioning her methods. If she does something it's because it's the right thing to do, right?
Fears: Being abandoned by her Tribe like she was (probably) abandoned by her kind.

General Appearance
Height: 3 meters
Scales: Light green
Eyes: Golden
Appearance: Nara is really small for an Earthwing, being only a bit taller than an hatchling. While she shares the green tones from the gentle giants, her size and tendency to flutter around hints to a Skywing heritage.
She has colorful butterfly like wings that are hypnotic to look at. Each flap of her wings causes some glittering powder to fall. She has a green body and a round head that distinguishes her from other dragons. Her underbelly is of a pale yellow color. Two large feathers act as antennas at the top of the head, tilting along with her expressions.

Skills and Abilities
Strengths: Nara is extremely knowledgeable in terms of anatomy (both dragons and other animals) as well as about the different plants used for healing. On the other hand, she also knows where to hit to inflict pain and what plants make good poisons.
Special Abilities:
Soothing Powder : each flap of Nara's wings produce a bit of dust that helps dragons healing from their injuries, or act like acid and hurt the dragon. The choice of effect seem to only depend on if Nara considers the target a meanie.
Nova : Nara can rapidly rotate, sending a nova of powder around her. This quickly recover dragons she want to heal and damages the others. It makes her unable to produce any powder for a whole day, and has a rather limited range.
Weaknesses: Nara is small, and a good hit would send her directly unconscious. She is also not really good alone as she can't easily apply her powder to herself. She is also rather clumsy on the ground, her build being visibly made to flutter around rather than walking.
Combat Style: If the enemy is a meanie, she will inflict cuts and send small balls of acid to slowly hurt her opponent and make them bleed to death. If the opponent isn't a meanie... why is she fighting?

Background
History: No one really knows Nara's past, and that includes herself. All she knows is that she found herself one day alone in the forest, with no one like her in sight. She searched around for a few years with no luck before finding the Earthwings. They maybe were larger than her, but they were the closest from someone like her she could find. And besides sitting on their head was fun. So she decided not to search for her relatives - they were meanies that abandoned her anyway - and help the dragons that let her sit on their head.
RP Sample: Hyruu here ^^

Re: Nara the fairy dragon