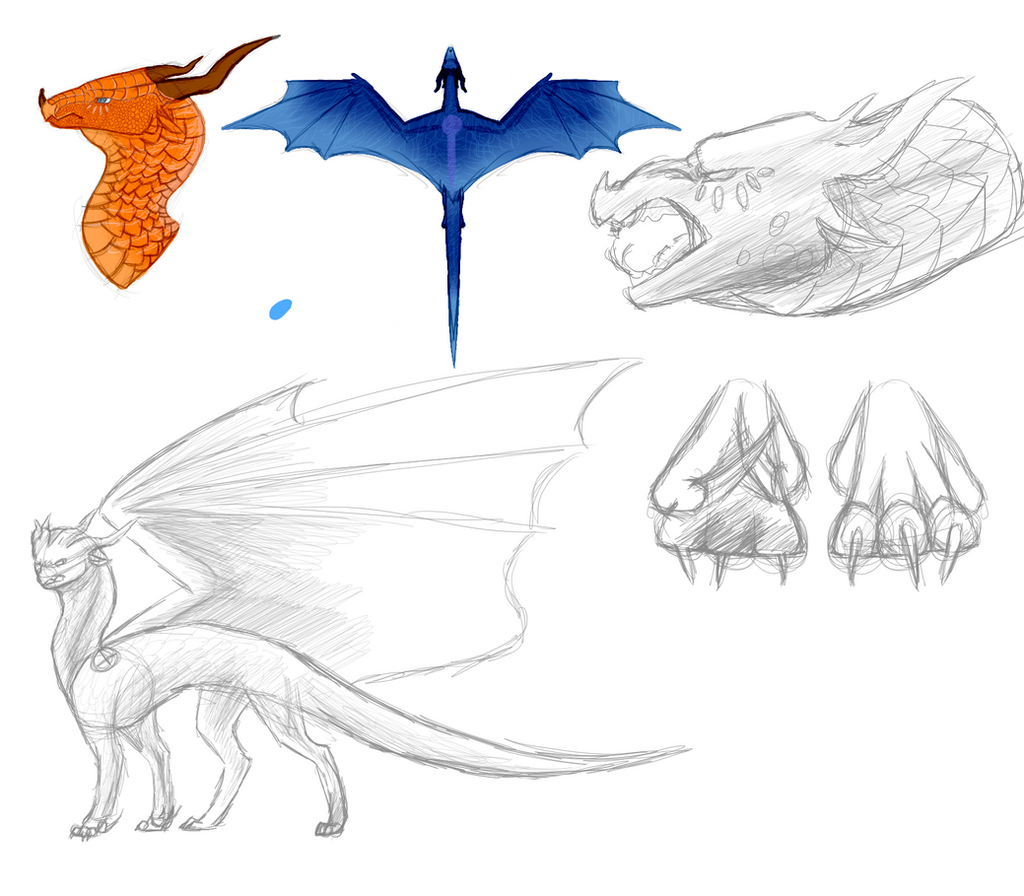 General Appearance
Height: 15 ft from ground to her head. Wingspan of 40 ft from wingtip to wingtip when both wings are fully extended as well as being 30 ft in length from head to tail.
Scales: Soft scaled, much like a snakes. Has color changing abilities. Bird's scales are also very lustrous, coated in her saliva so protect them from high amount of heat and energy.
Eyes: Grey blue but changes to  bright, icy blue when angered or about to use her breath weapon.
Appearance: Lithe, serpentine body which also moves much like a cat. Bird has a well toned body and a pointed snout, crested with four spiraling horns. The middle two horns as about half the size of outer two. All along her body and wings she has lighter streaks witch light up a bluish color when she is going to use her breath weapon. On Bird's front legs, she walk on her pointer, middle and ring toes ended with short yet sharp talons, her thumb and pinky toes curling up to keep her massive talons from getting in the way.

Combat Style: Quick and effective. She'll shoot a bolt of lightning, usually from above, then quickly dive in to attack the stunned and most likely wounded opponent, shredding as much as she can before shooting back into the air or pushing off back into the sky. However, her favorite attack is taking her two front long talons and gouging out their eyes.

Background
History: Not much to say, really. She hatched alone after her her parents abandoned her in her forest.
RP Sample: Darkness surrounded her, the only light was an eerie glow coming from all around her. The small dragon felt her egg be tossed around as her parents carried her through the sky, or, at least that's what she thought was going on. There was a soft thud as her parent landed then another as her parent set her down, her mother's voice calling to her father. "What are we going to do?" She sounded angry.
"We can't just leave them here!" Her father rasped.
Her mother just hissed, stomping the ground with her talons. "You know very well that neither of our tribes will accept them!" The small dragon could feel and hear the soft, delicate scraping of her mother's talons scraping along her egg. "I could just end them, right here. No one would need to know."
Her father's appalled gasp broke the air. "You wouldn't!" After a brief silence one of her parents lunged at the other and they broke into a fight. That was the last she knew of her parents. 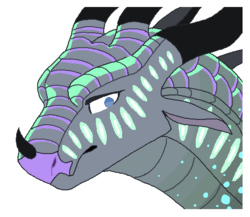