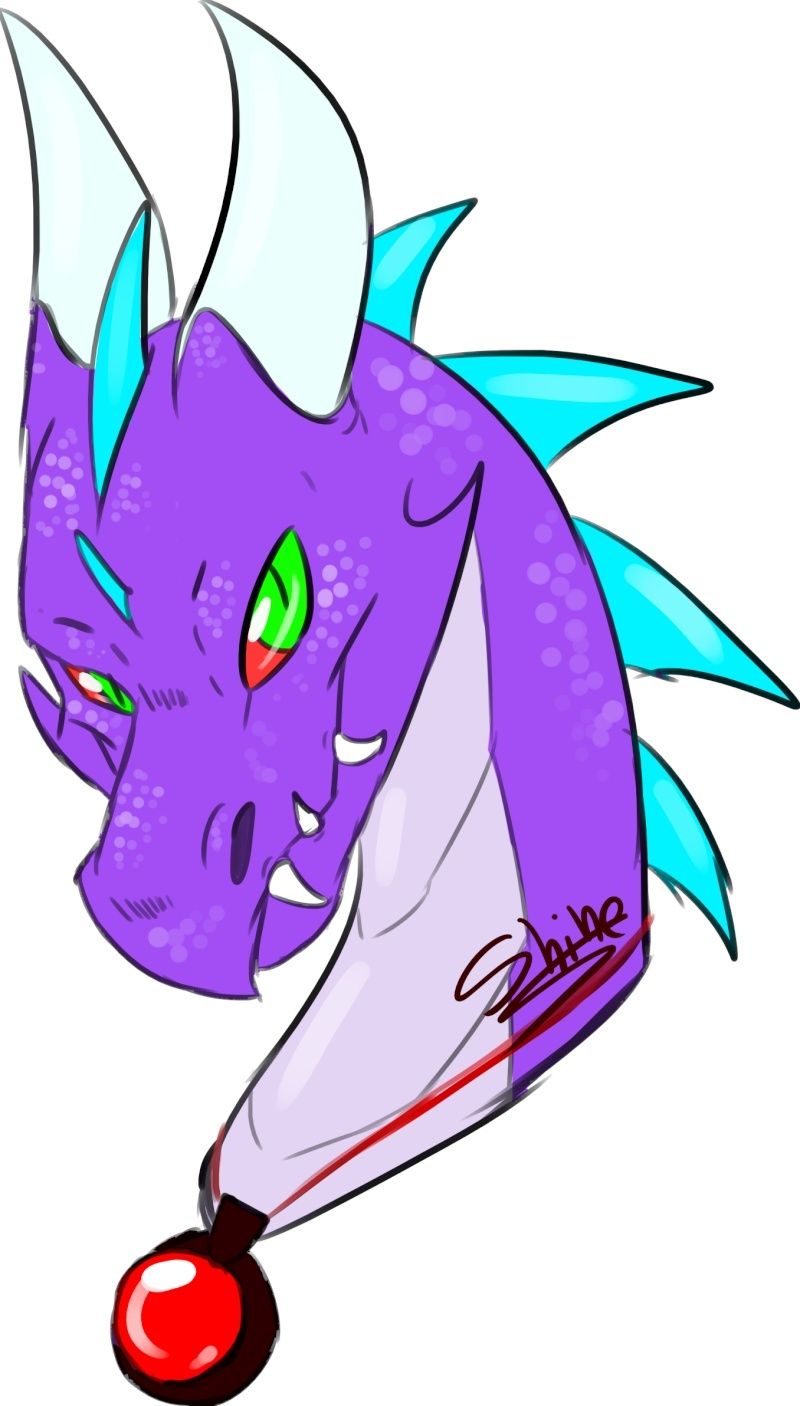 Personal Info
Name: Storm
Alias: The Lightning in the Storm
Age: 14
Gender: Male
Personality: Storm is a friendly and normally happy dragon who likes hanging out with his friends. Even though Storm is a SkyWing, he does not care what tribe people are from, he is friendly to all tribes, and tries to make friends with other dragons. He is also very helpful. If he sees a dragon in need or one that is struggling with something, he will be the one to volunteer to help out. Storm is also a good fighter too. Even though he likes making friends from other tribes, he is a good soldier, and will do anything to defend his tribe and/or friends. He is a small dragon, which allows him to dart in and out of bad situations. Storm thinks that all of the tribes should be at peace with one another, and that there should be no more conflict between them.
Interests: Storm likes to explore, hang out with his friends, read scrolls (adventure novels are his favorites), and relax with his friends and tribe.
Dislikes: Storm dislikes bloodshed, dragons that want to hurt his friends/tribe, and boring scrolls.
Fears: Storm fears that he would have to fight a large dragon one on one in a battle.

General Appearance
Height: 22 feet
Scales: His scales are a purplish blue (as you can see in my picture of him) and he just has normal NightWing scale structure.
Eyes: Green
Appearance: Storm is a small, happy NightWing that is a part of the SkyWing tribe. He sometimes uses metal battle claws to fight with, but he does not use armor, since it slows him down.

Tribe Information and Status
Tribe: SkyWing
Rank: Lieutenant
Family: His parents died when he was still in his egg. His mom and dad had been soldiers in the NightWing army, so they had been in a battle when they had died. The NightWings had taken him under their wings (No pun intended. Very Happy). Taco, a kind, pale grey NightWing had been assigned to have him as his father by his mother right before she died. But when Taco died when Storm was 13, he left the NightWings a year later to find a better life, and found the SkyWings, and he decided to join.
Mate: N/A
Hatchlings: Sarah (Adopted)

Skills and Abilities
Strengths: Storm is good at reading, which can be useful in many situations. He is also good at darting in between opponents if he is fighting. He is also good at not letting his small size get him down in battles.
Special Abilities: Storm can shoot purple orbs of sleeping dust from out of his mouth, and if an opponent breathes it in, he or she will fall into a deep sleep for about an hour. He can also send it out in a mist too, so that it covers more area.
Weaknesses: Storm's weakness is that he can get hurt really easily if he is not careful, due to his small size.
Combat Style: He likes to attack stealthily. He uses his small size and dark body to his advantage. He uses his battle claws for combat, usually waiting in the shadows until his foe comes near him, then he strikes. He also uses his orbs of purple dust to his advantage and shoots them out at his enemies.
Background
History: https://www.rpgdragons.org/t3274-storm-s-past-backstory-wip?highlight=storm
RP Sample: Cut from The Training Session: Storm watched wide eyed at what had just happened. He flew beside Athena, trying to puzzle it all out. "Are you okay, Athena?" he asked, looking at her with a concerned expression. "We still haven't eaten. I think that I might faint soon," he frowned looking at the landscape below him for any prey. After a few moments, he talked again. "Why did you get so angry at Ender? He was only saying what he heard... I know that you are an IceWing, but you still don't seem to get that you need to chill sometimes," he said soothingly, trying not to anger her. He had never angered her before, but he didn't know how she would react.

"Special Abilities: Storm can shoot purple orbs of sleeping dust from out of his mouth, and if an opponent breathes it in, he or she will fall into a deep sleep for about an hour. He can also send it out in a mist too, so that it covers more area."

I'm gonna have to decline this app. This ability is completely exclusive to NightWings, which you are not. There a few references in the app about your heritage but I need a clear answer.

Hey Cosmos. Storm is a NightWing, but he left the tribe in search of a better future, and decided to join the SkyWings since they are a lot like him. So do I have to change anything?