"There are many fish in the sea. Some are more dangerous than others..."

Personality: Cynical, caustic and extremely witty, Omichli possesses a rather tainted view of the world brought about by his experience as both a soldier and a spy. He is often the first to have doubts, untrusting even towards everyone he doesn't know personally. A no-nonsense, battle-hardened war veteran, Omichli believes firmly in taking decisive action, be it an excessive display of military power or something more subtle. Though he clearly has respect for his superiors, Omilchi isn't afraid to speak out when he is against something, and will continue arguing for days on end with a fierce determination.

-Solitude: Omichli has very few friends, and has grown quite accustomed to being alone. In truth, he finds it quite pleasant to take refuge within his inner thoughts.

-Swimming: Never having been one for flying, Omichli felt much more at home in the depths of the ocean. The gentle tides soothe him, the powerful currents thrill him, the fish feed him.

-Combat: Far from a gentle soul, Omichli has always had a knack for combat, and enjoys a good sparring match every now and again.

-Remaining passive: Of course, as someone with a lot of responsibility and power, Omichli accepts that there are occasions when one must simply sit back and wait. However, Omichli is firmly against remaining passive when there is something threatening the tribe. That, he refuses to accept.

-Silly antics: Omichli is a battle-hardened general, not a child. He doesn't have time for nonsense.

-Humans: Untrusting by nature, Omichli is almost paranoid when it comes to Humans. He doesn't trust them, nor does he wish to associate with them.

Omichli's greatest fear is being helpless while his tribe suffers. He holds a great affection for everyone in his tribe, wishing only to protect them. He cannot stand the thought of being unable to help them in their time of need.

General Appearance
Height: 45 feet
Scales: Aquatic blue in color.
Eyes: Violet
Appearance: Omichli is taller than the average SeaWing, possessing a bulky, muscular build not uncommon among warriors. His aquatic-blue scales are rather smooth, contrasting with his golden, armor-like underbelly. He has a rather small pair of wings, colored in varying shades of blue and green.

-Tactical: Having served in the battlefield for several years, Omichli developed quite the tactile mind. Rising through the ranks, he grew accustomed to making decisions under pressure, and is now quite the quick thinker.

-Physically strong: A mixture of intense training and natural growth have granted Omichli a powerful body, allowing him to wrestle with far more physically imposing dragons.

-Exceptional swimmer: Omichli's strong body allows him to swim fairly well, especially when coupled with the years of practice he's had.

-Experienced combatant: Self-explanatory. Omichli is quite old, and has served as a soldier for several years, granting him quite a bit of experience, both as a tactician and as a fighter.

-Omichli has the unique ability to heat up water in his body and spew it out as steam, creating a thick shroud that limits his enemy's vision and can cause minor damage to them due to the heat of the steam. This ability, however, functions as a double-edged sword, also limiting Omichli's own vision, as well as that of his allies.

-Like most Seawings, Omichli has the power to shoot out powerful bursts of water, capable of pressurizing them to give them piercing capabilities. The power of the water often causes Omichli to be knocked back by recoil, which can be both disadvantageous and advantageous, depending on the circumstances.

-Omichli has developed a resistance to water-based powers, including his own steam abilities (Though this resistance does not affect the vision impairment.)

-Easily prompted into unfocused anger: Omichli is easily angered by a myriad of things, and can at times enter fits of rage, during which he can't think properly or form a solid battle strategy.

-Flight is sub-par: His muscular body often weighs him down, his small wings barely able to keep him air-born. Omichli has had little practice with flight, and is greatly outclassed in that regard, by both his own tribe and others. This, of course, makes combat against air-born dragons extremely tedious, as Omichli has no way of closing the gap between them.

Combat Style: Though at one point he would have simply rushed into battle hoping for the gods to be on his side, Omichli has spent several years in a multitude of authoritative positions, developing a more mature and tactical mindset which he mixes with the ever-present obstinate bravery of a warrior. He's learned to take things slowly, to use his head rather than his muscles. He treats every battle like a game, taking a step to analyze everything before making his move.

Background
RP Sample: Within the space of a few months, sleep had managed to become somewhat of a foreign concept. Rarely did I have time for such luxuries these days. I would be forced to mobilize mere hours after returning from a mission. I would be thrown back into this never-ending cycle of war,  where every choice meant the difference between life and death. And I was always in the thick of it. I was always the one in the frontlines, always the one sneaking into the enemy tribes. Suffice it to say it was grueling work. But it was grueling work that I had to do. 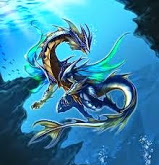 Just a little heads up, you need to explain each of your strengths in detail. How is he tactile? Or an experienced combatant? For example.