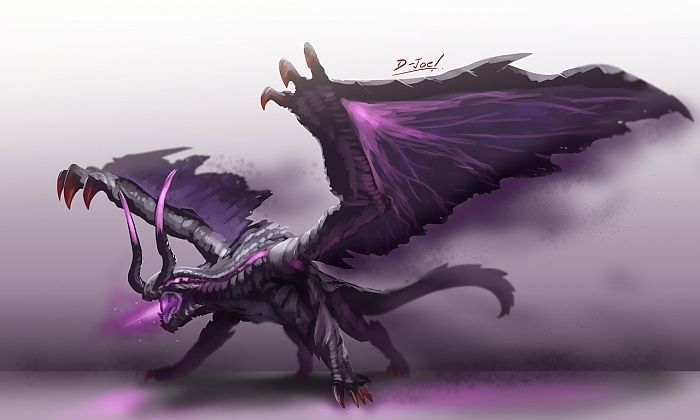 Personal Info
Name: Aerun Sedaeith
Alias: Basaka
Age: 21 Human Years, 630 Dragon Years
Gender: Male
Sexuality: Heterosexual
Personality: Aerun is a quiet male, most of the time. A dragon of few words, he tends to avoid large crowds. Though me may make himself an outcast, it doesn't mean he is, at all, antisocial. He prefers the outside as he has severe rage issues. When not angered, he is polite. As honorable as a human knight, and just as noble. However, when enraged.. Aerun is not a being to be messed with. He almost immediately turns into a brutish warrior, taking down anything and everything in his path. Berserker is more than just a title- it is his being.
Interests:
Art
Nature
Swimming
Meditation
Nature in general
Dislikes:
Large crowds
War
Killing
Fears:
Aerun fears himself. He fears that one day, he will become so enraged that he won't be able to come back from it. That it will consume him entirely, like a flame over a piece of paper.

General Appearance
Height: 80' 5"
Scales: Aerun has black scales that meld into a deep purple at the tips of his wings, tail, horn, and claws. The underside of his wings are silver and bright purple, looking like the sky painted with purple, violet, black, and silver.
Eyes: His eyes are bright purple, and froth with psychic energy when angry.
Appearance: Muscular, broad shouldered, considered handsome by any standard. His armor is black, and is scratched, beat, and bent in some parts. Strapped to each of his legs, and his tail, On his tail is a hook, to catch his opponent and draw them to him.[/b] (Your character's general appearance. Weapons and other accessories must be included)

Skills and Abilities
Strengths: Raw power, a cunning mind when not enraged, and a strong sense of honor. When enraged.. Imagine him as a bulldozer.
Special Abilities: Rage- Aerun becomes entirely consumed by mindless hatred and anger, before losing sense of everything but the focus of that rage. This, sadly, can include his allies..
Weaknesses: Rage against his allies. He also has pretty bad eyesight, and has to use his other senses more than sight. This can lead to sensory overload, which is why he avoids crowds
Combat Style: He uses reinforced claws to battle, and a metal mouthpiece. He normally goes for the vitals, but if the opponent is good, he tries to go for the limbs. He starts, however, by ripping the membrane of the wing with the spikes on his tail
Background
History: Dropped off to the tribe when he was a day old by a rogue, he grew up not knowing a true relationship with his parents. Training, he grew to be a formidable ally.. even with his rage issues. Not much is known about him.
RP Sample: Rage. Hot, roiling, liquid fire coursed through the NightWing's body, his scales rippling with the raw power waiting to be unleashed. A growl ripples through the drake, his eyes burning with the hatred that's within him. The smaller rogue let out a pitiful cry, even as the NightWing's blood dripped onto him from the scratch the rogue gave him on his jaw. Aerun could feel the bones compressing under his weight, the struggled gasp from the lungs of the rogue rippling the scales. Drawing back his head, the drake unleashed a roar into the pinned dragon's face, flecks of blood and spit coating the Lizard's face. The mental battle within the black drake's head finally subsided, the hot rage overflowing like a volcano. With the last bit of sanity, Sedaeith let out a cry- a cry so filled with pain and grief, you'd think it was the rogue as he gave his last breath, before being torn to shreds from the well of rage that was being tapped by the black being before him.

If you can, please tidy up your app? It looks good so far, but I may ask a few more questions later on.