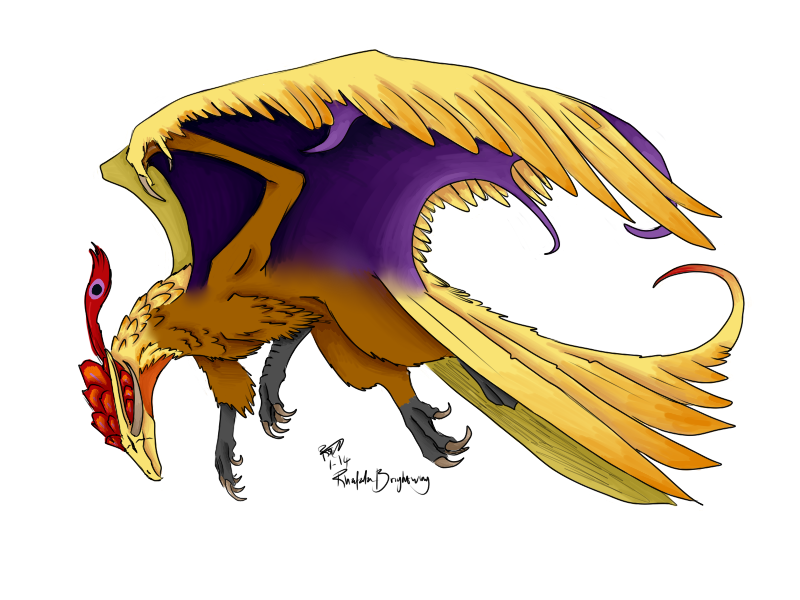 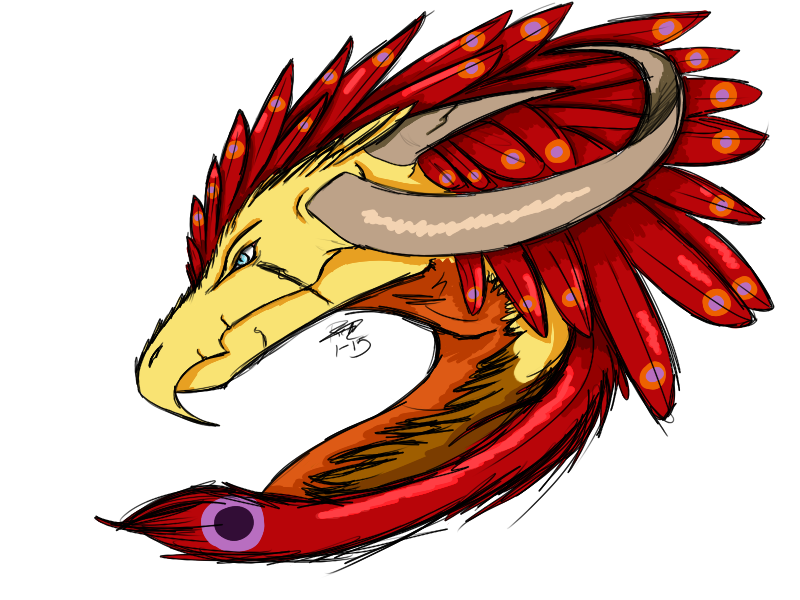 Please note I own both of these images, having drawn them, and would prefer they not be shared/re-used without permission. The headshot is her current face design - the full body reference is somewhat old
Personal Info
Name: Rhafala
Alias: Steelweaver. Brightwing. Far - this is more of a nickname than an alias, and is simply a shortening of her given name
Age: 28
Gender: Female
Sexuality: Heterosexual
Personality: Rhafala is, first of all, a very stubborn creature. Once she sets out to do something, that's it - there is no turning her aside from any goal she has set her sights on, and likewise, it can be hard, if not impossible, to change her mind once she has taken a notion or idea to heart. This makes her rather heard headed, and very unlikely to ask for help, even if she needs it. Rhafala views asking for assistance as admitting she's wrong, or weak, and she won't stand for either of those things. One cannot be seen as inept, not if they want to be alive at the end of the day. On the good side, it does make her very loyal, too, for once you've earned her good favour, that's it. She's with you, until the end.

General Appearance
Height: 85ft
Scales: Rhafala's scales look almost like feathers - were they not much more stiffer than feathers, obvious in the way they trail from her hind legs. Not stiff enough to serve as spurs, mind you - just not enough give in them to look all swishy and elegant. They are not as tough as true scales either, but they do give Rhafala a little more freedom in movement, allowing her to twist and spiral around in the air.
Eyes: Bright blue
Appearance: (Your character's general appearance. Weapons and other accessories must be included)

Special Abilities: Rhafala is adept at wielding light, as a former member of the LightWing tribe. Her favoured attack is a flash of light intending to blind an opponent, but she also uses her colour changing scales to similar effect, patterning herself in disorientating bands of colour, with the intent of making her hard to look at, let alone hit. Obviously, this takes a certain level of concentration, since the colour changing is linked to emotion, so it cannot be done for long, or very drastically. It is usually pulled out as a last resort, hoping to shock an enemy into a lapse in concentration.
Weaknesses:

Is this finished ? Just asking because of those dots after your strengths ^^
Otherwise you still need to put something for the appearance even if you already provided a neat image. You know, for those who have to use the crappy mobile version that won't display them... Everything else is fine though !
*leaves a bit disappointed there almost was another Lightwing on the site*
_______________________
Characters : Hyruu, Asher, Loque, Mei, Aakesh, Seyn, Rhune, Nara, Nisha

The disappointment was just because your character is a rogue and not a Lightwing :p And I was just asking because sometimes it's a bit hard to say if it's finished or still a WIP.
I'm not sure I understand the problem you're having, but if this persists I guess you can make a new thread and I'll delete this one.
_______________________
Characters : Hyruu, Asher, Loque, Mei, Aakesh, Seyn, Rhune, Nara, Nisha

Oh, I understand. XD Well, I wanted to have her be an actual Lightwing, but form what I understand, there is already a Vulcan, and I believe you can only have one per Tribe? Unless I'm mistaken, in which case, I'd be happy to have Far be a full Lightwing Tribe member. I'll start a new thread, and finish her up there, I think. Should be done today ^^
_______________________
Rhafala Brighwing | Lightwing | Vulcan

I really should work on the guides, I don't even recall this limitation. I guess we wanted to avoid too many of the same role. But no of course if you want to make a Lightwing Vulcan feel free to do so ! Vale needs some competition anyway :p
I just renamed the thread and moved it to another subforum.
_______________________
Characters : Hyruu, Asher, Loque, Mei, Aakesh, Seyn, Rhune, Nara, Nisha