((I MADE THIS. Cuz, Kurai and Oreo still gonna be Sting's brothers? Right? Okay, I thought so :3))

"This sounds a bit... far-fetched, Uncle."
"Don't be so negative. Anything is possible if you put your mind to it."

Sting and her uncle, Beowulf the Savant, rolled this ebony cannon-looking thing into a dark clearing in NightWing territory. It was glossy black, with a blue & red tint at the end. Sting wore an expression of uncertainty on her face, but Beowulf looked proud and excited. This was meant to be a device to shoot out a ball of steel, but as soon as it makes contact with the enemy (or target) it is meant to explode into that breath that NightWing's exhale that sends the victim to a dreary sleep. Beowulf, having no magical abilities AT ALL, had gotten his niece (daughter of Exodus) to exhale the breath for him. Of course the savant fell asleep in response to the spell, but hey, it filled up lots of ammo! Now Beowulf and Sting were about to test the invention.
_______________________

Oreo was out patrolling the borders, watching out for any intruders or any NightWings not doing their job. He let off a slight sigh, this felt like work for guards or scouts, not him. But then again, he could do this alone, everyone else needed to be in a group. And with that, more dragons can be used for other stuff and it's easier to control less dragons. "Sometimes I wonder how Oculus does it..." He said, pricking his ears so he could listen for any sounds before continuing forward.
_______________________
Aero Dynamic|Dynamic Oreo|Evaleen|Angel (Iceclaw)|Kaora|Rye|Atmosphere|Khusavir 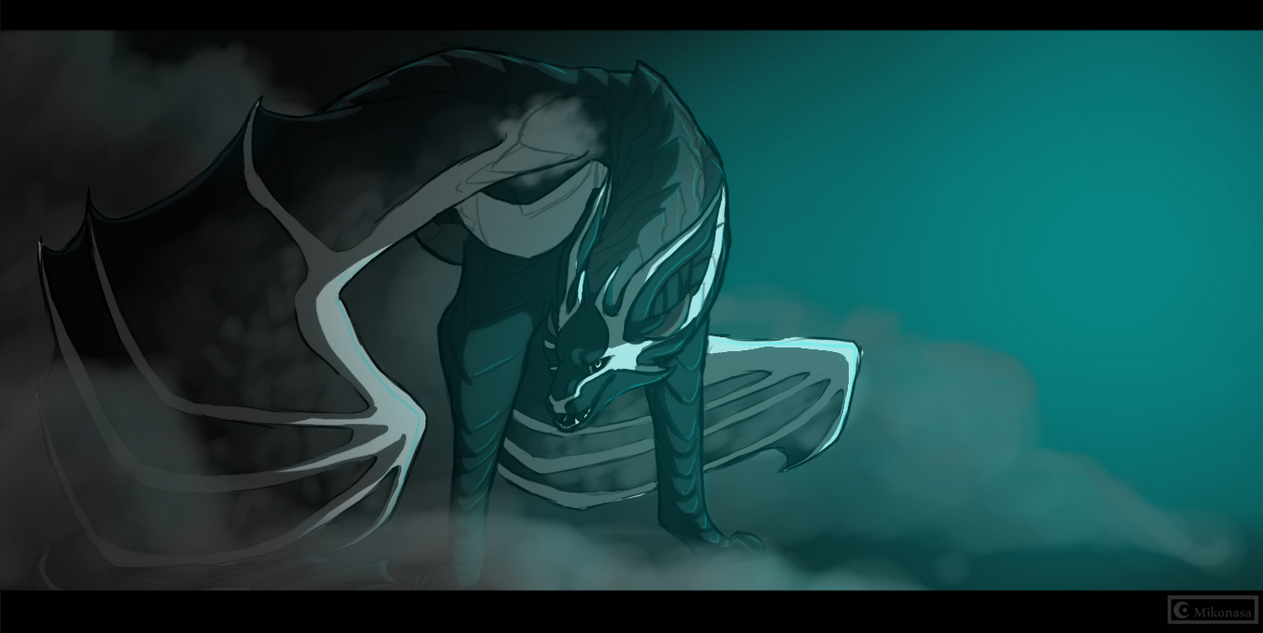 Beowulf fired the cannon, and instead of the sphere darting through the air like a missile, it just dropped out of the cannon. Both Beowulf and Sting looked down on it, frowning. After a moment, Sting said, "Well, that didn't work." but then BOOM. The ball split open, and the black magic breath began to pour out of it, drifting in the air.

"Oh no! RUNNNNNNNNNNNNNNNNNNNNNNN!" Beowulf cried, instantly running off. He didn't check if Sting was following, but he did bump into a dragon (Oreo).