Greetings. I am Aeneas, which means Death in Scottish Celtic. I am a lover of dragons ever since I was little and was interested in dragons while being terrified at the same time (Made the mistake of seeing the more detailed scary looking ones at that time). I am interested in all kinds, from the Western legend to Eastern legend, even the Greek's myth of the serpent.

I am also a gamer and a roleplayer. I play almost all the genres except for fighting and racing. In most MMORPG's I would roleplay with a friend while chatting on a teamspeak channel with the entire guild. I roleplay on almost anything. I RP'd on D&D games, MMORPG's, Skype chat, Steam chat, forum RP's, and GMod serious RP servers. A few of those servers were Halo RP , Star Wars: Clone Wars RP, PMC RP, and Military RP. 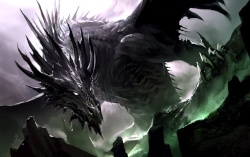 Hello and welcome. That is quite a resumé you have there. XD I'm Eysseth. May your time here be enjoyable and long lived. 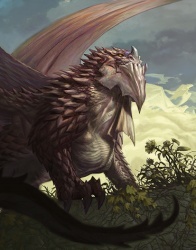 Hey there ! I'm Hyruu, admin on the forums.
What MMO are you currently playing ? At the moment I'm myself a bit between Wildstar and Skyforge, two MMO I find pretty nice and challenging.
If you haven't seen it yet, the New Members Guide can be found here : https://www.rpgdragons.org/t1723-new-members-guide
You should be able to find any information you need there, but if you don't don't hesitate to ask around !
So hoping to see you soon and RP with you !
_______________________
Characters : Hyruu, Asher, Loque, Mei, Aakesh, Seyn, Rhune, Nara, Nisha

I play Tera, Star Wars: The Old Republic, Defiance, ArcheAge, Rift, Wakfu, FireFall, Mabinogi, and Dragon's Prophet. I used to play D&D: Neverwinter and Star Trek Online until the graphics crashed every time I load the game in. And I'm planning to play Star Citizen when I get better hardware.

And thank you for the information.

That's quite a list you are mentioning there XD

I used to play Tera, but sadly Gameforge has messed up with the game and never made the updates they have on the Korean servers. Like, three years late as of now. So a lot of people (including my friends) left the game because they had finished everything on it. Pretty disappointing to leave a game because of lack of content when everything else was fine.
As of Archeage, I only... tried at the beginning, back when you had 8 hours of queue to log in... But I heard the game became a huge P2W and has got quite a bad reputation because of that.
I tried Rift after discovering games like Tera, so I felt a bit disappointed by it. Hard to get back to games with a WoW-like fighting system after tasting the more dynamic ones :p Had I discovered it sooner, I may have played it more though, some of the things were interesting.
Didn't try Wakfu, the "no NPC" system felt like it would be a catastrophe considering the toxic community of its little brother Dofus. But apparently the community ended up way better than expected, maybe I should give it a try sometimes.