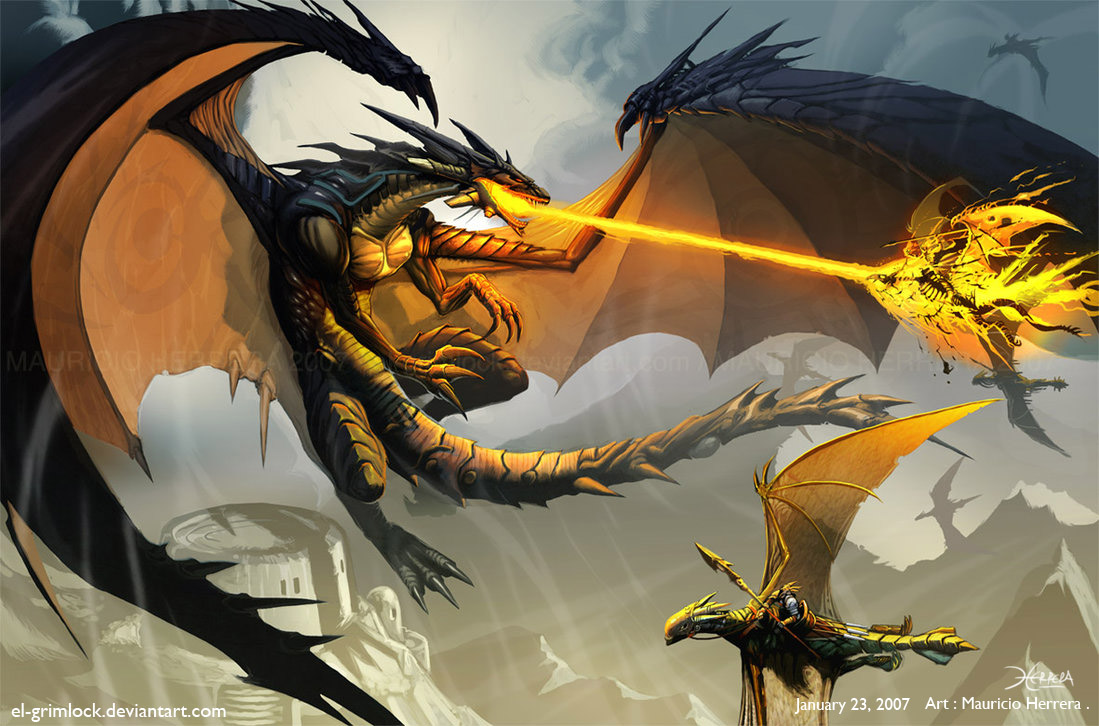 Personal Info
Name: Neltharion Terranus
Alias: the protector (formerly known as the reaper)
Age: 11595 years (been stuck in an crystal for 11452 years 143 years old without the crystal part)
Gender: Male
Sexuality: Straight
Personality: He is an friendly dragon but will be a bit hostile if you seem a threat to him.
he sometimes prefer to be alone so he can think and learn new practical things He likes to make jokes to if he can He is adventurous but cautious.
if you first meet him he can be a bit hostile because he doesn’t know what you’re intentions are or that you’re good or evil but when you get to know him he is a very nice guy he will do whatever he can to help.
If he sees trouble he has to help because he made a promise to himself that he will protect the weak and help the innocent.
he is determined he will never quit with anything he will continue till the very end.


Interests: He likes to seek ancient knowledge, battle training and relaxing at beautiful places
Dislikes: He dislikes mindless brutes but will still help them if needed, evil beings that want to do harm to others and he hates if he can’t figure something out.
Fears: He fears being powerless that he can’t help anybody or make a change his worst fear is seeing his friends in pain also has the fear that the gods will punish him for his deeds in the past.

General Appearance
Height: 63 feet
Scales: He is black with a tint of red and has sharp scales that are really hard his color resembles that of lava.
Eyes: Green eyes
Appearance: he is slightly bulky with large horns that are pointing slightly up a large tail blade with 3 blades all facing the same direction and a large wingspan making him faster than a normal fire dragon

Tribe Information and Status
Tribe: Rogue
Rank: Earth-warder (he gave the title himself)
Family: his parents died when he was still an egg
Mate: N/A
Hatchlings: N/A

Skills and Abilities
Strengths: He excels at elemental combat because he is an halfblood of fire and earth with both of them he can create lava but his fire is not as hot as an fire dragon and he has a harder time controlling earth than an earth dragon he can predict movements on behaviour of opponents he has sharp claws, teeth, tail blade and has a thick skin hard to pierce
Special Abilities: he can overcharge his elemental power to be 3 times as strong but only lasts for a limited time and after that he is completely drained of all of his energy.
Weaknesses: cold temperatures he would be unable to use fire then he can’t make lava so he lost 2 elemental abilities he can be tricked by false moves to let him think that the enemy will do a certain attack and Magic will go right through the hard scales.
Combat Style: He analyzes his opponent first before he attacks tries to stay out of close combat range and uses mostly elemental attacks but is still dangerous in close combat

Background
History: When he was an hatchling he was bullied because he was an half blood.
this continued till he was 27 years old that was when he made a plan to kill his bullies after he was finished he wanted more.
he kept killing for his own amusement, he eventually got tired of normal citizens.
that’s when he made a plan to kill a king but his mage found out about his plan but he was to late and at that moment they called him the reaper he had sworn vengeance and so he tracked him down and used an scroll to imprison him in an crystal.
but people were still afraid that the reaper will come back so after thoudands of years he was just a story parents tell them to go to sleep.
After 11452 years he broke free from the crystal because it ran out of energy.
he wondered how much time went by but he heard a scream so he went there and found an reptilian hang over an ravine and dragged him back up.
He felt good helping people it felt better than killing people he slowly felt more guilty.
He began to think about what he has done he wanted to change.
that’s when he decided he would become a new dragon he was reborn.
RP Sample: Neltharion was flying above the forest” i’m so bored right now ”he thought.
“ what could i do to make my day at least bearable ”he flew some more until he noticed he was above an city “ maybe i could buy some new books ” so he landed and went in the bookstore. THE END (can you also change my name to Neltharion plz thank you)