Personal Info
Name: Kohaku
Alias: Haku, Kawa no Seishin
Age: Unknown
Gender: Male
Personality: To most, Kohaku is a complete mystery. Not many know him, or what he is like at all. In actuality, Kohaku is a kind being, generally caring of most everybody. He will only show ill will towards those who hurt others, and does his best to help those who come across him. He's been known to heal those that he finds hurt in his path. He once even healed a human girl, and thus is known as a benevolent spirit in the village from which the girl came from. Occasionally, he will go to visit the girl.
Interests: He likes to aid others, read, and sit high up, simply listening to the wind and relaxing.
Dislikes: Fighting, those who hurt or have ill will towards others, and being spoken to in any way about his lack of speech.
Fears: He fears one in which he is caring for dying, as well as losing his last small vocal ability, that being growling.

General Appearance
Height: 12 feet, however, his body is nearly triple that in length.
Scales: Pure white, Kohaku has no scales at all, and is rather covered in fur over hard, scale-like skin. As well as this, he has a green mane, all the way down his body.
Eyes: Bright green.
Appearance: Kohaku has the build of an Eastern dragon, long and lithe. His legs are all birdlike, complete with talons and the rough skin you'd expect of a bird's legs. His stomach has sets of long, rounded, overlapping scales to protect himself, all of white are a slightly purpleish gray color, and the rest of his body is covered in soft white fur that sprouts from rough, hard skin. Along his spine is a mane of dark, green fur, which ends at the top of his tail, and reappears at the very end in a long tuft. He has two long, brown horns, both of which with sharp points. His ears are animal like, with soft skin on the inside. He has an animal-like enough with a soft pink nose, though his teeth are sharp, and similar to that of a wolf's. He has two long whiskers that are just as long as his body, if a bit shorter.

Skills and Abilities
Strengths: Considering Kohaku has no wings, and flies more through an innate ability for it than anything, he is rather agile, not having the problem of using wings to maneuver himself through the air.
Special Abilities: Had he been in a tribe, Kohaku would have been a healer, or a mage. He is well versed in spells and healing, and has a good knowledge of herbs as well. Each spell uses energy, and though he has a good knowledge of many spells, it all depends on his energy as to how many and how long he can use spells. As well as this, he has an innate ability to fly. This doesn't take any more energy than it would for any other dragon to fly.
Weaknesses: Kohaku is unable to speak. He cannot use words at all, though he can growl slightly if he is displeased. But that is the extent of his vocal abilities. He did many things to try and remedy this, but the condition is incurable, as far as he knows. As well as this, he isn't very physically strong, more of a mental capacity than anything.
Combat Style: Kohaku is a pacifist and refuses to fight. If anything, he'll dodge, or use a spell to transport the attacker away from him. The distance away depends on his energy at the moment.

Background
History: Not yet.
RP Sample: This is Asailia ^.^ 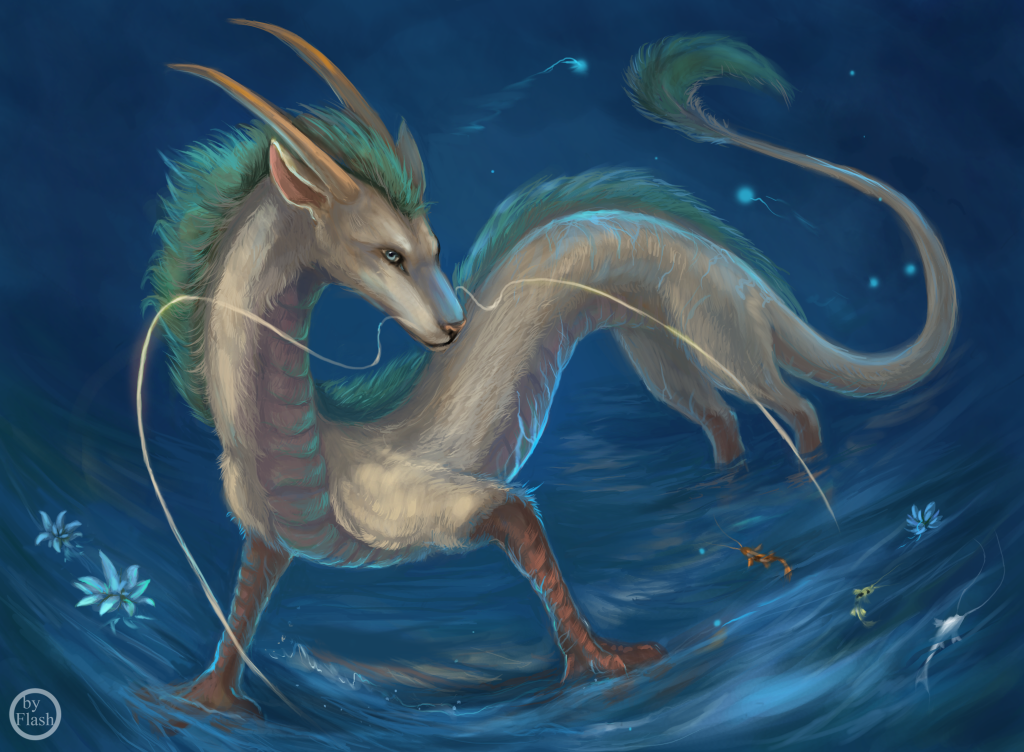 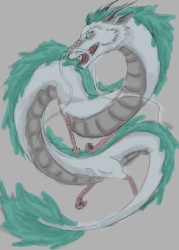