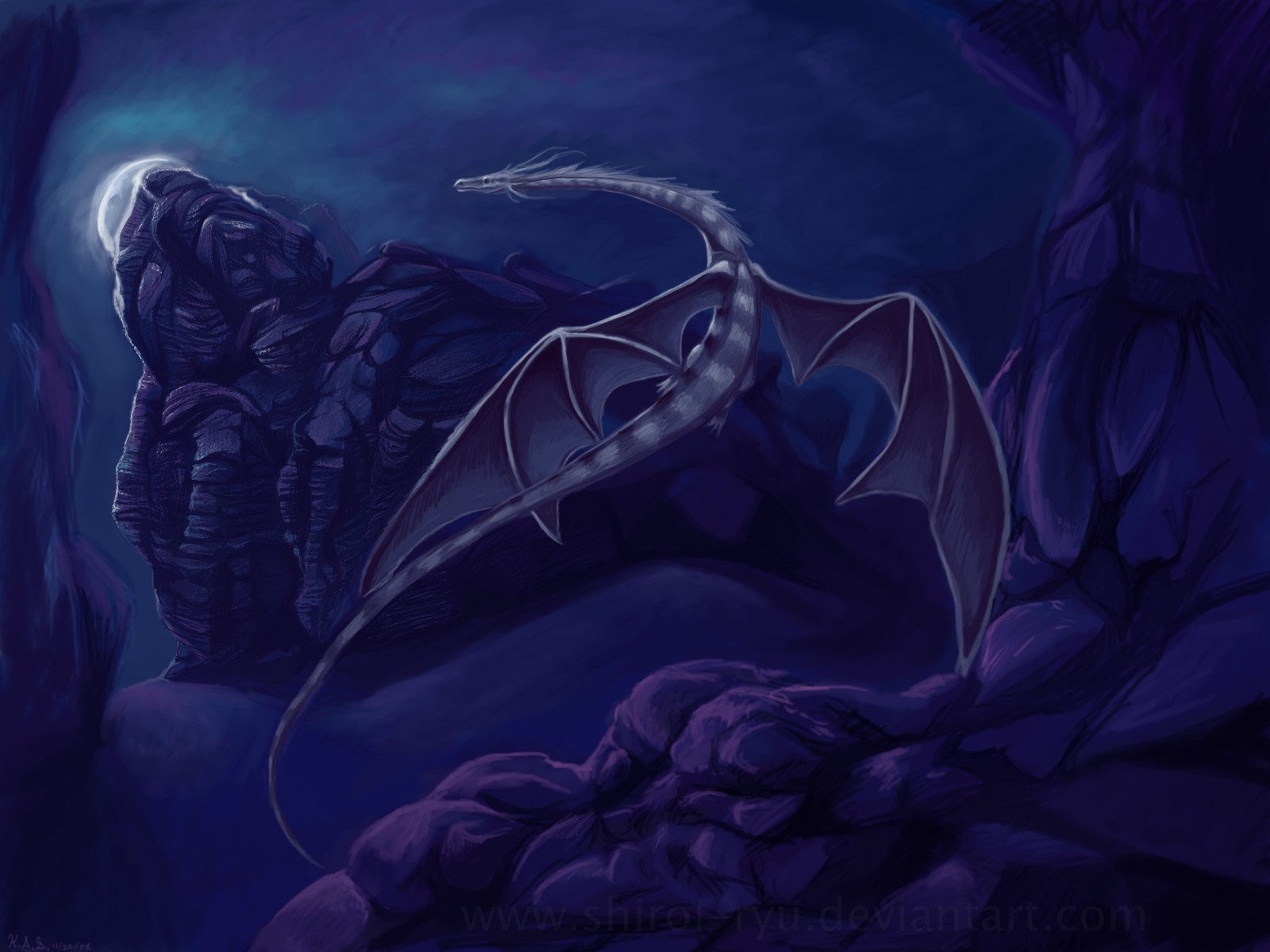 Personal Info
Name: Atsilo
Alias: The Watcher
Age: 50
Gender: Male
Personality: Atsilo is rather shy, only appearing when no one else is around. Independence is rather important to him. He has a great sense of touch, causing him not to like to be touched. Personal space is a must-have to him. He might seem dark and brooding, but once he's warmed up to someone, he becomes surprisingly energetic and talkative. Doesn't speak much otherwise and is very forgetful. May go into a pensive state spanning for only a few seconds to a whole hour. If a social mishap occurs, he pretends not to notice, smiling through panic. Sometimes says things that just plain come out wrong. Doesn't mind dragons/ reptiles/ others speaking for an extended amount of time, but will want to pitch in every once in a while. Capable of disliking only one creature in the vicinity, and only rarely will he hate anyone at all.
Interests:
-Stargazing
-Thinking
-Having a few close friends
-Venison
Dislikes:
-Wasps
-Rude Dragons/ Others
-Deadlines
-Being unable to help himself
Fears: 1)  Wasps. Anything relatively large flying insect that can sting. Bumblebees are the only exception. Who could fear those fuzzy guys? 2) Anyone at least 50% larger and/or stronger than himself that acts threatening.

General Appearance
Height: 25 feet
Scales: A dark gray, almost black. No scales whatsoever on wing membrane, soft white smears lace the edges.
Eyes: A dark pine brown, making the pupils nearly invisible. Dull.
Appearance: A dark grey dragon with a long, thin body and short legs. Very much Eastern-looking, has cow-like ears, and instead of horns he has several feather-like appendages framing his face, and a small scaly crest on the first few feet of his neck. Most of his size is in length, which is approximately 50 feet. Thin, weak scales that tend to fall off, but grow back quickly. Long tail is easily one third of his length. Weighs approximately two tons.

Skills and Abilities
Strengths: Stealth and agility are one of his few physical strengths. Able to function on low amounts of food and sleep. High regeneration skills (though never coming close to an Earthwing's) makes him hard to attack quickly and accurately. Can withstand a decent amount of heat. Great sense of touch and smell. Patience and sheer social luck accompany him (be it good or bad luck)
Special Abilities: If needed, can let out an screech that, if exposed to long enough, might deafen others temporarily.
Weaknesses: Extremely uncertain in his abilities. Is vulnerable at a defensive standpoint. Not great at social interaction, nor at mind games. Poor eyesight.
Combat Style: Almost never fights clean. Not afraid to use his fangs to hurt his enemy, thus he has no predictable "style" of fighting. Wrestles the enemy, using his long body to suffocate the other. May use his breath weapon to asphyxiate, but not to death. Could be described as animalistic.

Background
History: Not much to say. Born to a normal pair of Nightwings and has mostly lived alone since finishing his training.
RP Sample: There it was. The beast he'd been tracking for the past three days. Atsilo crept across the dirt, long form held low and still. The sun had set hours before, which meant his target would be sleeping, off-guard. Ever so careful, he slunk towards the buck at an agonizing pace. Then, the sleeping creature's head shot up in alarm. The dragon knew he hadn't made a noise, nor had he himself been seen. Someone had alerted his chosen prey. His pupils slitted as he opened his maw to scent for anyone nearby.

There- in the sky- a large white dragon soared without a care. Not wanting the deer to flee, the young Nightwing leaped from the shadows of the trees and tackled it. In a matter of seconds, he had killed it will a quick bite to the neck. Before he had done so, however, his animal had let out a loud bleat of pain and fear. The dragon in the sky seemed to stop. They were going to take his catch! Without a sound, the latter bolted into the forest, deer held securely in his jaws.