Latest topics
» Ice and Fire [Xajiva]
by Xajiva Yesterday at 8:44 am 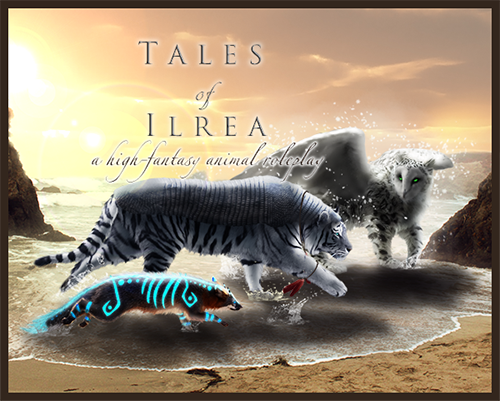 The end of a centuries-old curse has left the canines, felines, and gryphons of Ilrea with a choice to make: do they return to their primal, bestial ways, listening only to the song of their instincts, or  do they embrace the sentience that has been returned to them and forge a new era in Ilrea's history?

Tales of Ilrea is a high-fantasy roleplay that allows canine, feline, and gryphon characters, with the option to purchase other species as well. We opened June 27, 2015, and would love for you to drop by and look around!

- No Word Count: Just post what you and your threadmates are comfortable with.
- Stat-Based Combat: Ilrea uses a dice-and-stat system for in-character fights. Hate stats? Never fear, we have alternate methods!
- Freeform Magic & Mutations: Rather than pick powers and mutations from a list, members can determine their character's traits themselves, and mix-and-match elemental typings to create unique magic for each character.
- Crafting & Herblore System: Characters can create armor and items to use or trade, or derive medicine from plants.
- Boss Battles, Random Events & Quests: Win loot, stat boosts, and other goodies.

Links don't appear to be working, so here's a link to Ilrea: ilrea.icyboards.net